Advertisement
Home / Opinion / When the horde is at the gate

When the horde is at the gate

Have the courage to think, lest we stand witness to the decay of the human condition as well as that what makes us human 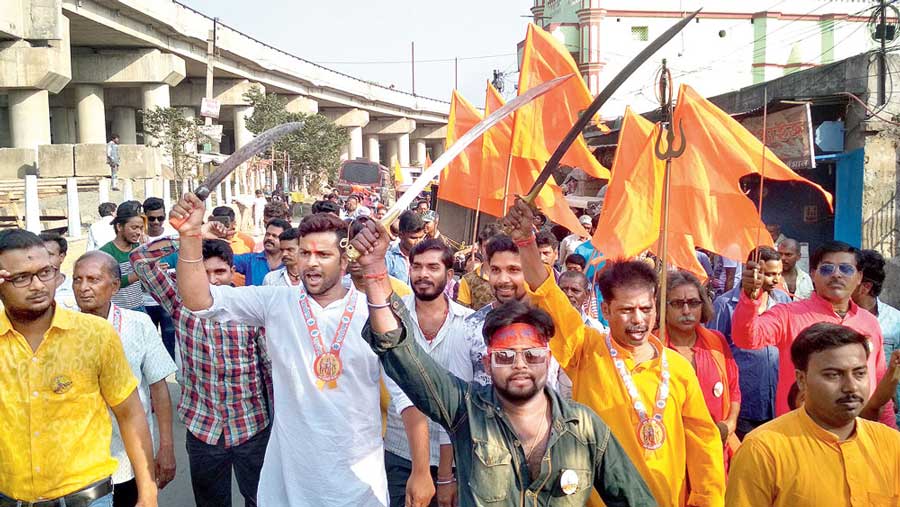 The mounting majoritarianism visible in politics is a characteristic feature of the times we live in. This force, manifest in riots, pogroms and lynching, preserves itself through narrow, intolerant groups, which are essential for it to expand. The unflinching faith that majoritarianism demands from individuals has to be mediated through these groups. Its force and effect would be nullified if it were to function through individuals. To be able to develop a response to majoritarianism, it becomes essential to have a grip on these groups. Sigmund Freud’s Group Psychology and the Analysis of the Ego, written almost a century back, acquires importance in understanding the popularity of these narrow, closed groups.

Being primarily dependent on charged emotions, these groups are high on the affective domain and low on the cognitive one, notes Freud. It is for this reason that a mob has to rely on the emotions of its members and has to keep them alive through repetitive recitations of hate-filled slogans and catchphrases. This reveals the challenge of a reasonable engagement with a group with a mob-like mindset.

As members of a closed group, individuals operate below their intellectual levels. Freud notes how a group does not expect its members to exercise their critical faculties. In fact, cerebral individuals go against the strength of the group. Seen as a threat, they are ousted at the very first signs of disagreement with the group. Expected to function in the most rudimentary form, individual members have to fuse their will and thinking capacity with those of the group.

Hannah Arendt identified an important relationship between this inability to think and the evil that can be witnessed around us. She pointed to the complete lack of thinking in the context of Nazi Germany, where groups took an organized, bureaucratic shape, Without confronting themselves with moral and intellectual questions, the people involved with the execution of Jews carried it out like a task that needed completion. Furthermore, riding high on emotions and low on thinking makes these groups susceptible to violence, as is evident during riots and pogroms. Such toxic constituencies are intolerant of delays between desire and its fulfilment: they  have to immediately attain whatever they desire, and this can be seen in the violence perpetrated by the mob.

The hypnotic effect of these groups on individuals is strong enough for them to lose grip on their own will and thoughts. Freud unravels the mechanism by pointing out that the group incites the primal, repressed, aggressive instincts of individuals, which, otherwise, are kept in check. This release finds individuals succumbing to the violent aggression within. The capitulation to the tempting, violent force is fanned by other group members who undergo similar emotions.

The presence of a leader is essential for these groups. Freud mentions the herd and horde instincts. As an obedient herd, members of the group submit to the master who demands absolute obedience. This collective surrender to the leader brings to the fore a common affect that serves the purpose of binding disparate individuals together. This conspicuous need for obedience and the presence of a leader are common to majoritarian constituencies as well as to cults formed by new-age gurus.

If this century means fragmented, individual lives with broken emotional ties, ironically it also stands for strong affiliations that individuals experience with groups that, at times, even surpass the bonding within the family. By promising certainty in these distinctly uncertain times, these groups acquire appeal that goes beyond human rationality and will. Any response towards these closed groups and the precarious times we are living in has to be located in our thinking, taking us back to the Kantian affirmation of Sapere aude — having the courage to think, lest we stand witness to the decay of the human condition as well as that what makes us human.