Every disaster tells the same story: lack of coordination between rescue agencies and hundreds of onlookers swarming the site like ants 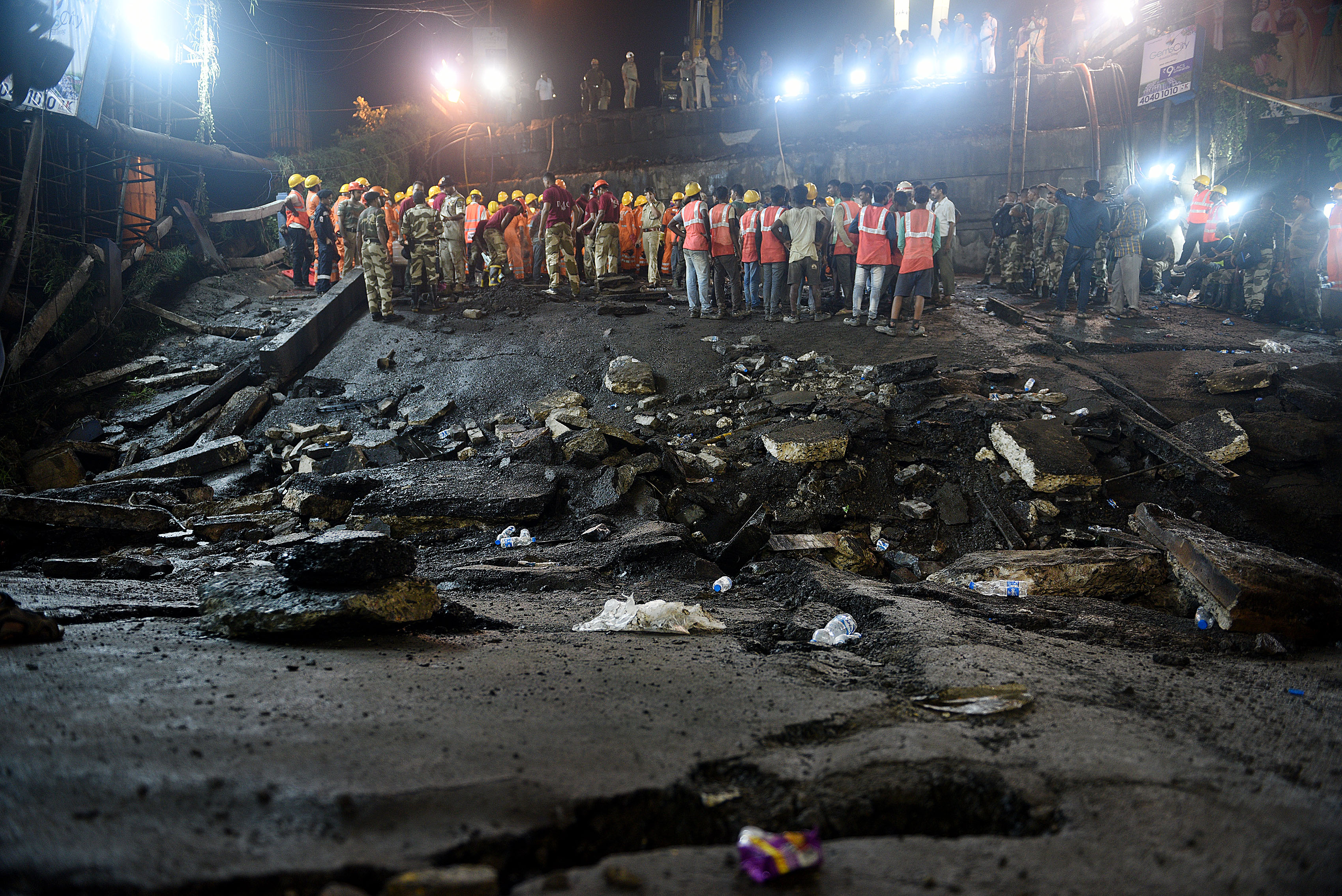 Rescue operation after the Majerhat bridge collapse in Calcutta earlier this month. Photo by Suman Ballav

We have seen the same scenes, repeatedly, during every major mishap. Be it the collapse of the Posta flyover or the Majerhat bridge, every disaster tells the same story - one of utter chaos. The lack of coordination, the absence of clear leadership, the presence of hundreds of onlookers swarming the site like ants, police waving their arms frantically without making any difference - the list of failings is quite long.

Thousands of well-meaning citizens had gathered near the fallen structure of the Majerhat bridge. They were attempting to help but were making the situation worse. There were no visible cordons. Ideally, enforced cordons need to be placed at specific radii at the site of an incident. An 'enforced cordon' is a piece of tape, or even a rope, that cannot be crossed without permission. Clear access and egress routes had not been established for emergency services vehicles. Ministers, the mayor and even the chief minister - she was away from the city - were addressing press conferences. Their mixed messages confused both the people and the emergency services. A single, hourly briefing by a senior police officer would have been a better option.

The army, too, had been brought in, raising questions about the competency of the civilian emergency services that should have the requisite equipment and expertise to handle such a situation. When the Posta flyover fell, the army had reportedly taken four hours to respond - because of red tape. Ambulances assembled wherever they could, unknown to emergency services personnel who spent time scurrying through crowds trying to find taxis, unaware of the empty ambulances. A common rallying point for all emergency vehicles should be established after the accident site has been identified and secured by the police. Another worrying sign is the tendency of senior officials to be involved in a bid to be seen. Such personnel should be stationed at 'command and control centres' so that they do not add to the chaos.

The mass casualty response of the police has been brought into question, once again. The police could look at the following measures, if they have not already, during a crisis such as this. An emergency services panel comprising the police, fire and ambulance services, hospitals, armed services, the Calcutta Municipal Corporation, Nabanna and others, should be established. Clear lines of communication need to be laid down and the panel must meet once a month.

The agencies should conduct regular training drills that will include simulated fires, multi-site terrorist attacks, train derailments and other major incidents.

A command and control centre, with a suitable conference/press briefing room, should be set up. Hourly briefings detailing the facts of a mishap must be held.

A common rallying point has to be identified. The Maidan would be the obvious choice. In the event of a major incident being declared, armed police should secure the area, the bomb disposal squad should sanitize it, and the other institutions should rally here and await clear instructions.

Hospitals need to be identified and encouraged to join the initiative. They should also have the ability to quickly transform themselves into centres capable of handling large volumes of patients.

Each one of these facets when combined effectively would produce a well-oiled machinery that can handle just about anything thrown at it. There are many manuals available freely on the internet on how to manage such events. They have been compiled by leading law enforcement agencies, based on years of experience. But are our emergency services willing to learn from the best practice models that are available?