The BJP is frank in appointing its own party's politicians as state governors, and the Bengal governor is an example 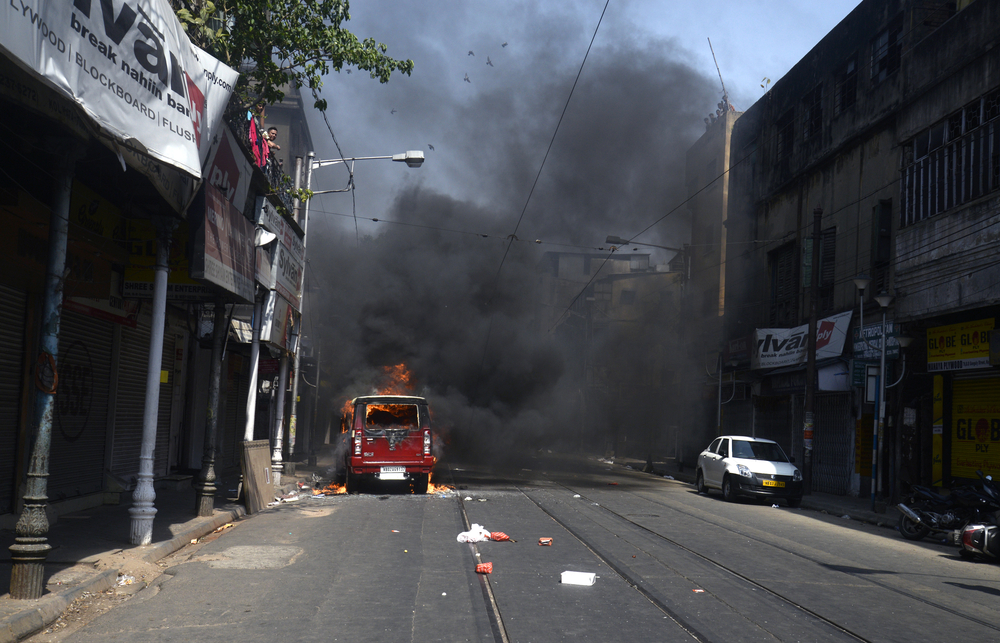 BJP supporters set fire to police jeep during the party's "March to Lalbazar” on May 25, 2017 in Calcutta. In cases of a breakdown in governance in the state, the governor’s assessment is considered crucial to the decision of the Union government for the imposition of president's rule
(Shutterstock)
The Editorial Board   |   Published 22.07.19, 04:29 AM

Some changes are promised with deafening fanfare, others happen quietly. The Bharatiya Janata Party-led government at the Centre is ever busy on quiet alterations that are gradually transforming the features of the Indian democracy. Jagdeep Dhankar’s appointment as the governor of West Bengal after Keshari Nath Tripathi is an example of this. Mr Dhankar, an advocate, was a Janata Dal member of parliament in V.P. Singh’s government, and a Union deputy minister later when he was with the Congress, which he quit to join the BJP in 2003. In the Constitution, the governor seems to be envisaged as being above politics, adorning a formal, non-executive position. In cases of a breakdown in governance in the state for some reason, however, the governor’s assessment is considered crucial to the decision of the Union government for the imposition of president’s rule. In practice, the neutrality of governors has often been held up to question by Opposition state governments. Theoretically, too, the need for the post has been questioned. Yet no political party is willing to junk it, because governors are considered useful to whichever party is ruling at the Centre.

The BJP has been quite frank in appointing politicians from its own party as governors — Mr Tripathi himself was a senior BJP office-holder in Uttar Pradesh before he became governor. Anandiben Patel, now appointed UP governor, had become governor of Madhya Pradesh after reigning as chief minister of Gujarat. A member of the UP legislative assembly is being anointed governor of Bihar. West Bengal, where the BJP wants to achieve much, may require, from the BJP’s point of view, someone of Mr Dhankar’s special talents. The point is that a change has taken place in the principle behind appointing governors. Quietly, over time. In spite of objections to specific acts of individual governors, there has not been a loud enough outcry from Opposition parties over the appointment of practising politicians to the governor’s chair. That speaks poorly of all Indian politicians, not just of the ruling party. It suggests, first, that none of the others is in a moral position to speak up, given their own fiddling with the implied constitutional principle, and two, that they would be happy to take advantage of new practice once they get to govern the country. The pot can hardly call the kettle black.