Mamata Banerjee derided the idea of ‘one nation, one party’, asking why the judiciary and the Election Commission existed at all if one party were to rule all states 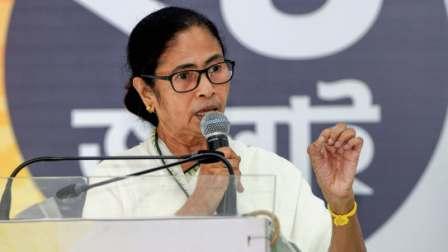 The possibility of free rations is alluring. According to the speech of the chief minister of West Bengal on July 21, that is what the people of the state should look forward to, together with, perhaps, free healthcare and education should the Trinamul Congress return to power after the assembly elections next year. This is not surprising, because Mamata Banerjee does not baulk at using the tools of populism, but there was in this speech a political edge that left no doubt as to the weapons being honed for the 2021 state elections. Targeting the Bharatiya Janata Party, Ms Banerjee derided the idea of ‘one nation, one party’, asking why the judiciary and the Election Commission existed at all if one party were to rule all states. This glance at the breakdown of federalism was accompanied by an attack on the practice of buying legislators in order to topple Opposition state governments. Almost as an indirect answer to the Bengal governor’s complaints to the Union home minister about the breakdown of law and order in the state — the recent death of a BJP member of the legislative assembly is an example being held up by the Opposition — Ms Banerjee recited a list of crimes in states such as Uttar Pradesh.

The chief minister’s emphasis on the fact that the Citizenship (Amendment) Act, the National Register of Citizens and the northeastern Delhi violence have not been forgotten because of the pandemic was not only meant as a reminder of her role in leading the political opposition to the CAA and the NRC, but also to indicate the arguments to be used in the assembly elections against the BJP’s politics of polarization and Hindutva. But the force of Ms Banerjee’s arguments notwithstanding, certain problems in the functioning of the administration and in the conduct of the party’s followers cannot be ignored. The complaints of corruption in the distribution of relief after Amphan is one such, to address which Ms Banerjee formed an all-party committee. The other is Bengal’s unbroken tradition of violence at poll time. Both the panchayat elections and the Lok Sabha elections were clouded by bullying, violent encounters and deaths. Unfair relief distribution and violence can turn the warmest supporter hostile. Ms Banerjee’s political approach should take this into account.