Neoliberalism has reached a cul-de-sac 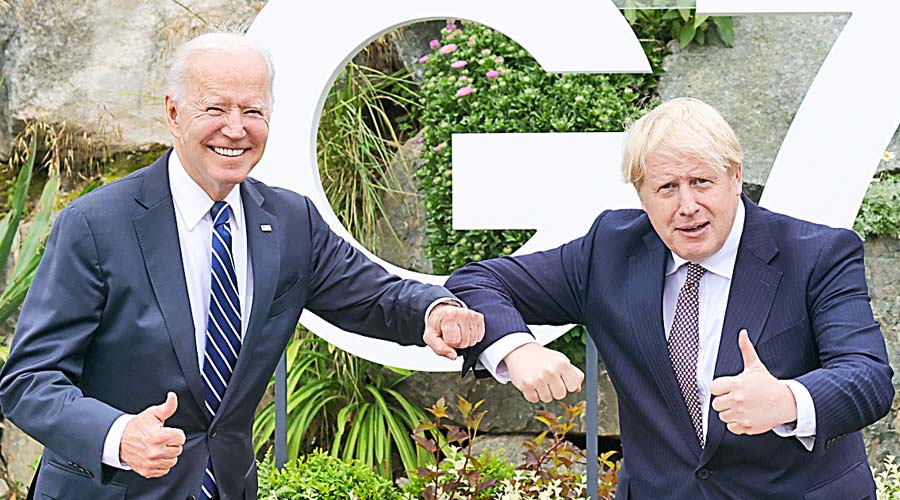 The war in Ukraine, where one side is egged on by Anglo-Saxon countries and a pusillanimousEuropean Union simply falls in line behind them, is turning out to be a disastrous own goal for the Western powers. When the war began in February, the Western powers believed that their sanctions against Russia would devastate its economy, making it impossible for it to pursue the war. The rouble, they claimed, would be “reduced to rubble”, so that even without any direct NATO engagement, Russia would be defeated. In the initial stages, it appeared as if they would be proved right as the rouble collapsed and Russia’s oil revenues experienced a sharp fall. But over time, the Russian economy has recovered from this crisis, with the rouble hitting a seven-year high against the dollar in the week ending June 26, and with Russia’s oil revenue soaring because of high oil prices despite a fall in its volume of oil export. By contrast, the Western economies are hit by rates of inflation not seen in decades, and the response to this inflation is pushing these economies into a recession. While Vladimir Putin enjoys substantial domestic support, both JoeBiden and Boris Johnson — he resigned as the prime minister on July 7 — are apprehensive of losing whatever popular support they had.

Even internationally, despite strenuous American efforts, drumming up support against Russia has proved to be atall order. At a recent meeting of African heads of State convened to gather support for the Ukrainian government, only four out of fifty-five heads of State turned up. The overwhelming mood among African countries is not to take sides but to ask for a negotiated settlement of the conflict, a course that the United States of America and Britain have opposed from the very beginning. This is also the position of major Asian countries like China, India, Indonesia, Pakistan and Bangladesh; and even the pope has carefully avoided being exclusively critical of Russia, pointing instead to the complex roots of the crisis, a euphemism in all likelihood for the US-backed coup in Ukraine that overthrew the democratically-elected government of Viktor Yanukovych in 2014.

This re-assertion of the autonomy of the third world vis-à-vis imperialism, which is reminiscent of the halcyon days of non-alignment during the Cold War between the Soviet Union and the US, remains the most intriguing feature of the contemporary situation. After the collapse of the Soviet Union and the triumph of a global order marked by neoliberalism, in contrast to the dirigisme of the earlier period, one would not have expected such a show of autonomy by third world countries.

This is even more striking as many of them are afflicted at present by acute economic crises requiring urgent IMFbail-outs, which would be impossible to arrange without the approval of the US. The fact that such a revival of autonomy has nonetheless occurred points to some deeper changes taking place in the world today.

The most striking change that has occurred is the dead-end that neo liberalism has run into since the collapse of the US housing boom in 2008. The growth of the world economy in the decade before the pandemic was the lowest for any decade since the Second World War. Such a prolonged period of stagnation that is now accentuated by the pandemic arises because of two characteristic traits of the neoliberal regime: one is the sharp increase in income and wealth inequalities within almost every economy of the world and in the world as a whole which creates a tendency towards over production in the world economy as the propensity to consume of the world’s rich is significantly lower than that of the world’s poor.

The second is the inability of the State to undertake demand-enhancing measures in the capitalist world. Fiscal measures for enhancing demand can succeed only if State spending is financed by either greater taxation of the rich or by a larger fiscal deficit, for only then is there a net increase in demand: taxing workers to increase State spending simply replaces one kind of demand by another. Both these ways of financing larger State spending, however, are anathema to globalised finance capital and, hence, impossible for any nation state, caught in the vortex of global financial flows, to implement.

While neoliberalism has reached a cul-de-sac, what will follow it remains unclear. There is, therefore, an immense uncertainty in the world about what is to come which affects the ability of the major powers to carry on as if business is usual. A loosening of their stranglehold is the inevitable outcome of this, especially since China and, to a lesser extent, Russia, are challenging Western imperialist hegemony.

To believe that this hegemony can be reasserted at present by being ultra-aggressive, as Biden and Johnson do, is a pipe dream. This conjuncture requires not the futile quest for a hegemony that is gradually eluding the Western powers but their coming to terms with a new reality, one that sees a world without anyone’s exclusive hegemony. But that, alas, is what declining powers typically fail to understand. Winston Churchill was totally averse to the decolonisation of British colonies; but it happened. A post-neoliberal world will follow as surely as a post-colonial world did.