We have become too wary when talking about religion

Proper knowledge about different religions is important for world peace 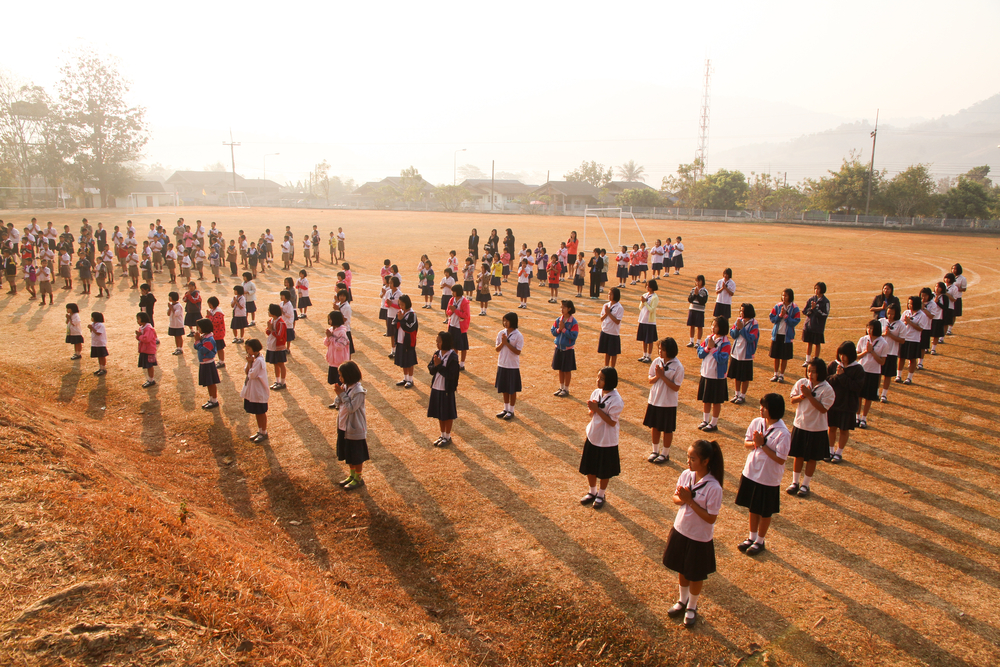 Children who are given the freedom to experience different ways of worship grow up to be broad-minded and respectful of other religions
Shutterstock
Devi Kar   |   Published 21.08.19, 01:09 PM

Some feel strongly that schools are meant for educating and not preaching. In the United States of America and the United Kingdom, no religion can be taught in a State school, nor can assembly be of a religious nature. But students may be taught about religions. I remember chancing upon a telling document in the School Supplies Centre of a city in California: an official letter written by a Jewish father to his son’s school. It said that as a father he did not want his son to be confused by teachers who proclaimed that all religions were equal. He said that he was quite clear that he wanted his son to grow up knowing that his religion was the only true religion. At that time, this attitude was quite alien to me and seemed somewhat offensive.

My own early education had been in a Christian school in Calcutta and ‘Bible Knowledge’ was one of my subjects in the Senior Cambridge examination. To this day, I am grateful for my knowledge of the Bible for many reasons, not least for my better understanding of the English language. I had no trouble saying the lord’s prayer and I loved singing hymns and carols. I went to church on special days and knelt down at appropriate times during the service. At home, one of my duties was to light the lamp in the prayer room at dusk and place sweets and fruits before the deities. This dichotomy between home and school did not disturb or confuse me. I happily accepted the different objects and modes of worship. Significantly, I never felt the need to establish the superiority of one religion over the other.

This, however, may not have been the experience of all. In fact, I know that many of my contemporaries felt apologetic about the prevalence of idol worship in the Hindu religion which was ridiculed by those subscribing to Christianity, Islam and the Brahmo faith. But I observed many children spontaneously embracing Jesus Christ and Mother Mary as part of their own pantheon, believing that the beautiful statues of Christ, Mary and the apostles were idols to be worshipped. It may be disturbing to some, but I think that children who are given the freedom to experience different ways of worship, grow up to be broad-minded and respectful of other religions.

The trouble today is that people have become overly circumspect when talking about or dealing with religion. Schools have become sanitized places where only one prescribed path is followed — depending on the wish of the founders of the respective schools. So, a school could be a madrasa, a khalsa, Jewish, Catholic, Protestant or Seventh Day Adventist institution or it could follow the dictums of Sathya Sai Baba or Sri Sri Ravi Shankar. A Ramakrishna Mission school would perhaps be different because Sri Ramakrishna had an eclectic approach to religion. Rabindranath Tagore’s Visva-Bharati was founded on the principles of humanism, internationalism and a sustainable environment. It still observes Christo Utsav on December 25, as a mark of respect to all religions.

So far as holidays for religious festivals are concerned, a school finds it convenient to observe the State calendar, omitting some of the suddenly added holidays. If a holiday had to be declared for every religious festival observed in India, there would be very few working days left in the year. The saying, “baro mashe tero parbon”, is so true, and, of late, there has been a proliferation of religious festivals which were not practised in particular states before. But festival holidays also become a touchy subject, especially when different religious groups become insecure about their rights and privileges. Sometimes students ask for leave to go on a pilgrimage or for their ‘family guru’s’ birth anniversary. Schools need to lay down their policy clearly from the outset or in these days of ultra-sensitivity in religious matters, they would be asking for trouble.

If I were given a choice, I would definitely want my students to know about the major world religions. Apart from being a necessary part of everyone’s general education, it would also prevent misconceptions about other religions. After all, communal strife stems from ignorance or is caused by the way religion is interpreted, practised and often distorted, exploited and politicized. Proper knowledge about different religions is important for world peace.

Our school diary mentions that “we respect all religions” and that admission to our school is not based on caste, creed, religion or income. We do observe Saraswati Puja in our school, but attendance is not compulsory. Sometimes we see children of other faiths singing the “Saraswati vandana” and the same children sing Christmas carols in December. Each year, we have a decorated Christmas tree in our main lobby which also houses our Saraswati murti. Little children write notes to Santa Claus which are placed below the tree while notes to Saraswati are placed in her clay hand, usually before exams. Our girl guides read from different scriptures. At assembly, our prayers are to an unnamed power and the shlokas such as the one exhorting the almighty to lead us from darkness to light are chanted and heard by all. Even the atheists among our senior students profess that there is a certain magic in collective prayer.

For me, prayer in school is a quiet time when we can reflect on our blessings. Religious denominations seem so unimportant at these times.

A code of conduct for all