There seems to be a creeping communalization of Hindu sentiments in Bengal, at least among the urban middle classes 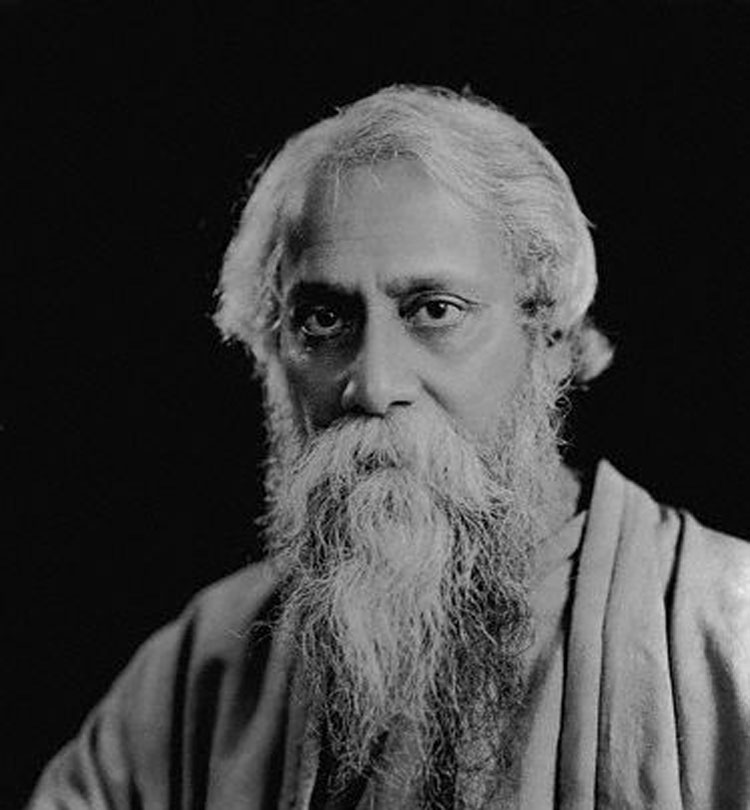 Rabindranath Tagore never ceased to wish that Hindus and Muslims would find ways of being together
(Wikimedia Commons)
Dipesh Chakrabarty   |   Published 07.06.19, 03:22 AM

A friend recently forwarded to me an email message that purported to show through various quotations from his writings how critical Rabindranath Tagore was of the religion of Islam. My friend was interested to know if indeed what the message claimed was true. The anonymous mail in Bengali began thus: “We are all devotees of the world-poet Rabindranath. We need to know what he has said about Islam and Muslims. Surely, he was more knowledgeable than those who loudly proclaim Islam to be a religion of peace and humanism and pronounce the equality of all religions. Let us see what he said.” And the message ended with a rhetorical question: “Living as we do in these bad times, how could we go on mouthing phrases like ‘Hindu-Muslim bhai-bhai,’ when a poet like Rabindranath was so aware of [the nature of] Muslims? We are just left surprised and speechless.”

The substance of the message consists of excerpts from Tagore’s letters to Amiya Chakravarty and Hemantabala Devi, and from a couple of his essays on Indian history. I did not have time to fact-check all the quotations but did manage to check up on five of the eight excerpts provided. In each case, there was distortion and falsification of what Tagore actually said. The quotations either mangled sentences quoted or simply overlooked sentences that showed what Tagore’s authorial intention may have been. Let me give a few examples. The forwarded message quoted the following from Tagore: “Everyday lower-class Hindus keep becoming Muslims or Christians [but] Bhatpara [pandits] remain unconcerned.” What was entirely missing from this quotation were the first few words with which the sentence began: “Everyday, to save themselves from social humiliation [samajik asamman], lower-class Hindus ...” Thus, the sentence actually was an indictment of Hindu society and its caste oppressions, not of Islam. Or take this other example. The author(s) of the email message had Tagore saying, “wherever this religion [Islam] has gone, it has never rested before striking out against religions opposed to itself and laying them to the ground. India also had to bear [the momentum of] this terrible assault that worked its way through centuries.” The citation was from an essay in Tagore’s book, Santiniketan. I looked up the essay, and sure enough, the sentences were there. But their intended meaning became clear as I read further along, for a few sentences on, Tagore writes: “If we discuss the sayings of the saints [sadhak] who awoke to the age of the advent of Muslims [Tagore named Nanak, Ravidas, Kabir, and Dadu], we clearly see that Bharatvarsha was able to withstand easily the impact of this assault by baring her inmost truth... Bharatvarsha showed then that the [inner] truth of the religion of the Musalman was not something opposed to what Bharatvarsha regarded as the truth.” This was surely not the full-throated indictment of Islam that the email my friend had received made it out to be.

We have always known Tagore, correctly, as a well-wisher of both Hindus and Muslims and as someone desirous of their unity and brotherhood in Bengal. But he also always acknowledged the real difficulties that stood in the way of communal amity, though he never ceased to wish that Hindus and Muslims would find ways of being together. In his autobiography, the Bangladeshi leader, Sheikh Mujibur Rahman, names only three Hindu-Bengali leaders as genuinely anti-communal in British India: Tagore, Chittaranjan Das, and Subhas Bose. The book of the historian, Sumit Sarkar, on the Swadeshi movement protesting the Partition of Bengal in 1905 discusses in detail how much Hindu zamindars’ oppression of Muslim peasants in East Bengal contributed to Tagore’s disenchantment with what passed for politics in our nationalist movement. I was simply appalled to see a distorted and caricatured Tagore now being mobilized to fan the flames of anti-Muslim sentiments among the Hindus of West Bengal — all in the interest of harvesting a few more seats in the elections to the Lok Sabha.

The Bharatiya Janata Party’s share of Lok Sabha seats from West Bengal has greatly increased. But what has also grown is what today, even from the distance of thousands of miles, feels a like a creeping communalization of Hindu sentiments in Bengal, at least among the urban, educated middle classes. The causes for this are no doubt multiple and deserve investigation. Perceptions are moulded in part by personal experiences. The stories I have been told by friends to explain the perceptible rise of anti-Muslim (translating into anti-Mamata Banerjee) sentiments in Calcutta and elsewhere are anecdotal and too few in number to act as a sure guide to any sociological conclusion. But some of the anecdotes are telling. A Hindu-Bengali friend I trust and respect told me about the difficulty he faces in selling his ancestral house in central Calcutta located close to a mosque that serves an established and increasingly assertive Muslim community. No Hindu, apparently, would buy in that area while my friend’s family is reluctant to sell to Muslims. “Why should I,” my friend asked in frustration,“have to suffer this situation in my own city?” He lays the blame, partly, at the door of what he regards as Mamata Banerjee’s ‘appeasement policy’ towards Muslims.

It is, of course, not surprising to hear Hindus or Muslims in Bengal speak of each other’s community in derisive terms. The sentiments are old, powerful, and understandable, especially in a community still scarred by the memories of 1947. And the politics of aiming for ‘Muslim’ votes without doing anything substantial for the development of the community goes back to a time well beyond the Trinamul years. But now, since the BJP was desperate to win more seats in West Bengal, these feelings were stoked and worked upon to ensure electoral victory. Mamata Banerjee, some of my friends tell me these days, is not just a Muslim-lover, she is actually ‘anti-Hindu’. There is a perception abroad that the Hindu-Bengalis are, once again, a threatened species and only the BJP can save them from extinction. Friends on social media have forwarded fake videos of Mamata Banerjee’s police beating up ‘white’ Hare Krishna devotees for selling or distributing copies of the Gita (the video was actually of a 2008 incident that took place in Goa and involved Russian Hare Krishna devotees against whom the Goa police had received complaints from the locals). The doctored quotations from Tagore were just the latest in the series.

Some tectonic shifts in the landscape of the cultural politics of West Bengal are signalled when one of the greatest personalities of modern Bengal — claimed by both West Bengal and Bangladesh — has his words mangled and distorted in order for him to be enlisted, by speakers of his own language, in the effort to produce feelings of hatred against a particular community. The prospect of West Bengal being divided on communal lines is a not happy one. Practising majoritarian politics against 30 per cent of the state’s population cannot be productive of peace. Politicians may well like to fish in troubled waters but could that ever be good for the fish?