Even Nepal, one of India’s closest allies, has now resorted to pricking India 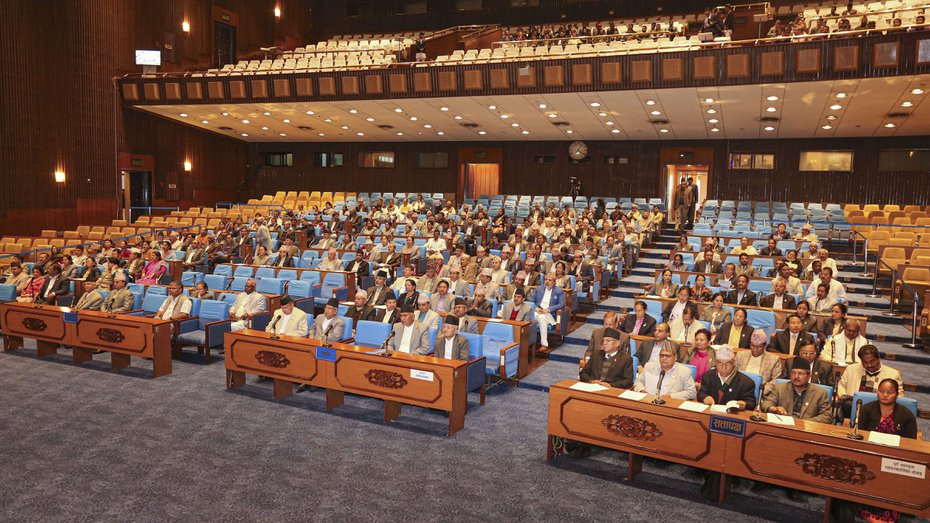 A view of the lower house of the Federal Parliament of Nepal. It has cleared a constitutional amendment bill to reflect its new map in the national emblem.
PTI
The Editorial Board   |   Published 15.06.20, 07:30 PM

Before the general elections of 2014, Narendra Modi — he was then the Bharatiya Janata Party’s prime-ministerial candidate — had, if some reports are to be believed, thundered that China’s transgressions into Indian territory would be met with the proverbial ‘red eye’. It appears that two stints in power have led to a significant reduction in the potency of this menacing gaze. There are whispers that China’s People’s Liberation Army has made deep incursions into eastern Ladakh and mobilized troops along the entire stretch of the line of actual control. Such speculation has been augmented by a government that has got its signals crossed. Unverified reports of Indian and Chinese troops disengaging at three points in Ladakh were quickly followed by rumblings of China amassing troops — from Leh to Arunachal Pradesh. The Union defence minister has, predictably, roared; the army chief has insisted that the border is under control. These assertions, especially the latter, may calm nerves. What is inexplicable, however, is the silence of Mr Modi on the matter. The prime minister’s decision to stay mum — this is consistent with the government’s signature opacity on sensitive developments — has led to a swirl of rumours. The information vacuum does not augur well for a democracy. Mr Modi would do well to emulate the ethic of transparency that had endeared India’s first prime minister to his people.

It is possible that Mr Modi had been forced to adopt maunvrat because he has very little to show by way of diplomatic success in India’s immediate neighbourhood. New India has lost quite a bit of its goodwill with friends, near and afar. Even Nepal, one of India’s closest allies, has now resorted to pricking India; Nepal’s lower House passed a bill to unveil a new map that includes territories over which Kathmandu has sparred with New Delhi. The blame for this erosion in India’s influence in the region lies with Mr Modi’s vision. In spite of numerous visits to China, as prime minister and, earlier, as chief minister, Mr Modi has not been able to smoothen the wrinkles on the Sino-Indian fabric. This is an embarrassing failure on the part of a statesman. A robust, equitable relationship between the two nations could have altered the geo-strategic dynamics of the world. India’s growing alienation with its smaller neighbours is equally worrying at a time of global turbulence and uncertainty. Perhaps the fault lies in the eye. Crafting the nation’s foreign policy with an eye on domestic political imperatives is bound to flounder in the long run.