HINTERLAND| Urban compost can be be a game changer, both from the point of view of urban local bodies dealing with efficient disposal, and also improving soil health 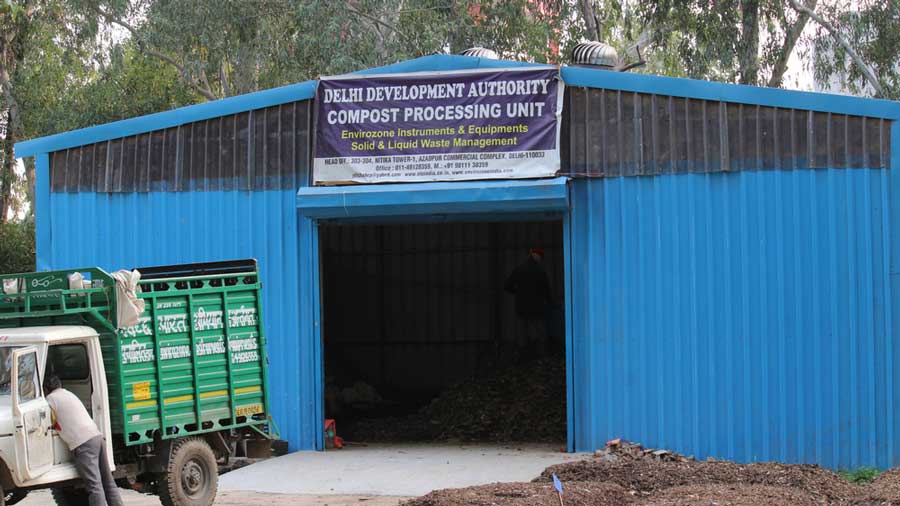 It’s better to bin it than bag it. We generate millions of tonnes of biodegradable solid and liquid waste every day. What do we do with those large mounds of rot? Some small towns are showing us a way — Ambikapur in Chhattisgarh, Indore in Madhya Pradesh, Karad, Nashik or Ahmednagar in Maharashtra, to name a few. They are converting their waste into compost and selling it to farmers. Maharashtra has even begun to brand its city compost as ‘Harit’.

The key lies in segregation of our waste, and in turn, our behaviour. Solid and wet waste on one side, plastic and medical waste on the other side. It takes 21 to 30 days to convert it into organic manure. We don’t do it. Worms, animals and microorganisms do it. What we can do is responsibly manage our waste.

What began in Vellore, Tamil Nadu, with C. Srinivasan’s ‘Zero Waste Management’ model, or what he calls the Solid and Liquid Resource Management, is now slowly catching up. Most states are floating their policies for the urban local bodies, but their actions aren’t being matched by investments.

The Centre’s two thematic focus areas match: Clean India Mission and improving soil health. Which means the Centre can incentivize both — the urban local bodies and farmers or their collectives. India would do well to give city compost a big thrust: at least half our waste could go back into our fatigued soils as compost and drastically improve organic content. Degrading soil fertility is playing havoc with yields in most parts of our country and is connected to the climate and nutrient cycle.

Early studies on the outcomes — such as in the GIZ-Nabard supported ProSoil programme which is currently in vogue in a few districts of Madhya Pradesh and Maharashtra — show that urban compost is not only good, but its affordability in the light of rising chemical fertilizer prices is also pushing the demand from among the small farmers, primarily those who do not have livestock for organic manure. Just this one factor — improving organic carbon in the soil — can marginally enhance yields.

India has huge and growing neighbourhood markets for farmers as the Karad model shows. The municipality of this small Satara town, home to the former chief minister, Prithviraj Chavan, converts its waste into compost and sells it directly to the neighbourhood farmers from its disposal facility. Since the fertilizer companies have a mandate to sell organic matter along with chemical and inorganic soil feed, there’s going to be interest in this sector. Most cities on the other hand are under pressure from citizens’ groups and green tribunals to do something about their piling up waste. At least 50 per cent of the massive amounts of solid and liquid waste can be converted into compost. The process might address our twin problems: piling-up waste and degraded soils.

According to the New Delhi-based National Academy of Agricultural Sciences, the annual soil loss rate in our country is about 15.35 tonnes per hectares, resulting in a loss of 5.37 to 8.4 million tonnes of nutrients. This has long-term implications for farm-yields in the era of climate change.

Right now, supply is a constraint and the quality of the compost and composting facilities are nagging issues, but they can be addressed with public and private sector
investments in state-of-the-art laboratories, automation, better process management, and targeted incentives. Urban compost could be a game changer and not just from the point of view of the urban local bodies’ headache with its efficient disposal, but also from the point of view of improving soil health.