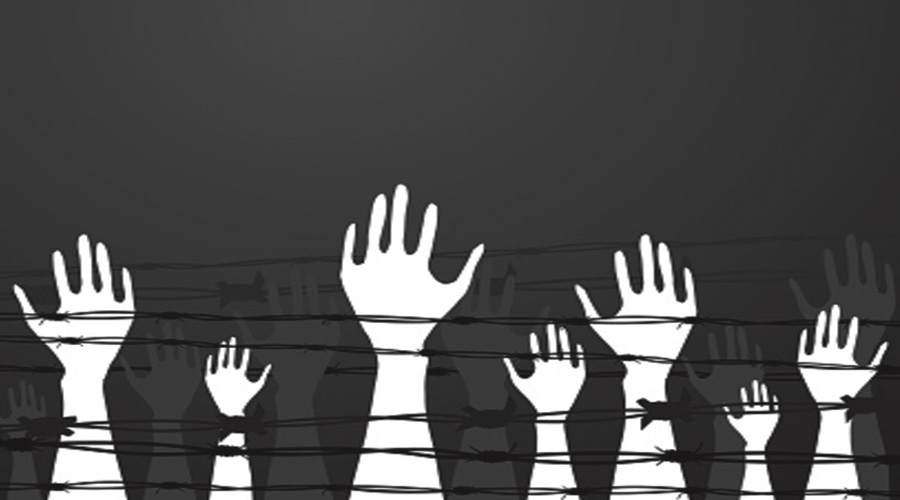 In a US Congressional briefing, Gregory Stanton, Genocide Watch president and academic, said on January 12, “We are warning that genocide could very well happen in India.” A week later, in an interview with a prominent Indian media personality, he elaborated, “And we also have not said that genocide is already occurring…. we are just saying the early warning stages are there.” Significantly, he went on to add, “… it won’t be the State that commits genocide in India it will be mobs.” For Stanton, genocide is a ten-stage, non-linear process, which culminates in “extermination and denial”. The Genocide Convention, though, defines it not as a process but as acts “committed with the intent to destroy, in whole or in part, a national, ethnical, racial or religious group”. These acts include killing, inflicting bodily harm, or preventing births.

The word, ‘genocide’, recalls Nazi concentration camps and gas chambers, the Pol Pot’s mass killings in Cambodia, and the horrors and deaths inflicted by the Pakistan army against the Bengali population in 1971. For many Indians, therefore, the use of the word, genocide, in this country’s context would be outrageous; for genocide suggests the deliberate killing of millions of people by the State or State-inspired groups. That has not happened in India. It is a fact that group violence and rioting have occurred since Independence but have always been brought under control, some more swiftly than others. Political involvement has been alleged in some cases of rioting. These acts are also not covered by the definition of genocide as given in the Convention; hence, should Stanton’s apprehensions be summarily dismissed?

Till now, Stanton’s comments have attracted reflexive responses. Civil society and media critics of the government and of the sangh parivar’s ideology see in them one more confirmation of the correctness of their warnings about the dangerous course which India is taking. At the same time, some individuals associated with the sangh parivar and admirers of Prime Minister Narendra Modi have taken umbrage. They have asserted that Stanton’s warnings and, in particular, his criticism of Modi’s silence on the Haridwar Dharma Sansad’s call for violence against Muslims are rooted in the prejudice that he shares with liberals against the parivar and Modi. The Indian political class has kept away from Stanton’s comments.

Stanton claims that India has advanced far on the ten-stage process in which before the final stages of extermination and denial come discrimination, dehumanization and social polarization. The process also includes persecution and preparation to injure targeted groups. Organization is also part of the process. It is noteworthy that in a paper that he wrote on the ten-stage process in 2016, Stanton noted in the “Organisation” section, “Sometimes organisation is informal (Hindu mobs led by local RSS militants during Indian partition) …” This is a gross misrepresentation of all that occurred during the years leading to the partition of the country and during the Partition itself. In particular, it completely ignores the role of the Muslim League in unleashing violence, beginning with Mohammad Ali Jinnah’s call for Direct Action Day in August 1946, which led to the ‘Calcutta Killings’.

Even if Stanton is ignorant — if not prejudiced — about Indian history and his focus on the process is not sustained by the Convention, his views should not be brushed aside for they may resonate with some sections of global liberal opinion. As it is, many liberals abroad are hostile to the Modi government, especially for its post-2019 election policies and actions. They were unhappy with the constitutional changes of August 5, 2019 in Jammu and Kashmir. Even more, they were very critical of the administrative steps that were taken at the time the changes were made. Most of these administrative restrictions have been eased but some detentions continue. Other issues of their concern are calls of violence against Muslims and Christians, CAA and NRC, ‘love jihad’, and a general apprehension that the Indian polity is moving from its traditional moorings towards a majoritarian State.

The Modi government’s and the sangh parivar’s responses to these charges of both international and domestic critics are multifold. It includes questioning their credentials and charges that they are biased. The government also points to its programmes for the uplift of all Indians, including the minorities. It has emphasised that it has done justice where required, as in the case of criminalizing triple talaq. In addition, it has emphasized its electoral mandate, implying that its policies have popular approval. On his part, the external affairs minister, S. Jaishankar, has disdainfully said that India’s reputation is not made by a newspaper in New York.

The Modi government cares for India’s reputation. It does so to attract business and investments but also to project India as a strong country. Additionally, it has focussed on India’s soft power but in the context of India’s ancient achievements, such as yoga or the foreign assistance it extends as, for instance, through supplying Covid vaccines. However, it has overlooked that India’s commitment to fostering a progressive, humane and inclusive polity and society sustained by a democratic Constitution was a powerful component of its soft power. Today, sections of global liberal opinion perceive that this high commitment is weakening. Stanton’s warnings may strengthen these perceptions. To prevent a reputational loss, which may have an adverse impact on foreign direct investment flows too, it would be useful to engage international global opinion, including to refute Stanton’s charges.