The team owes its victory to Aditya Sarwate, who has the potential to make it to the national team 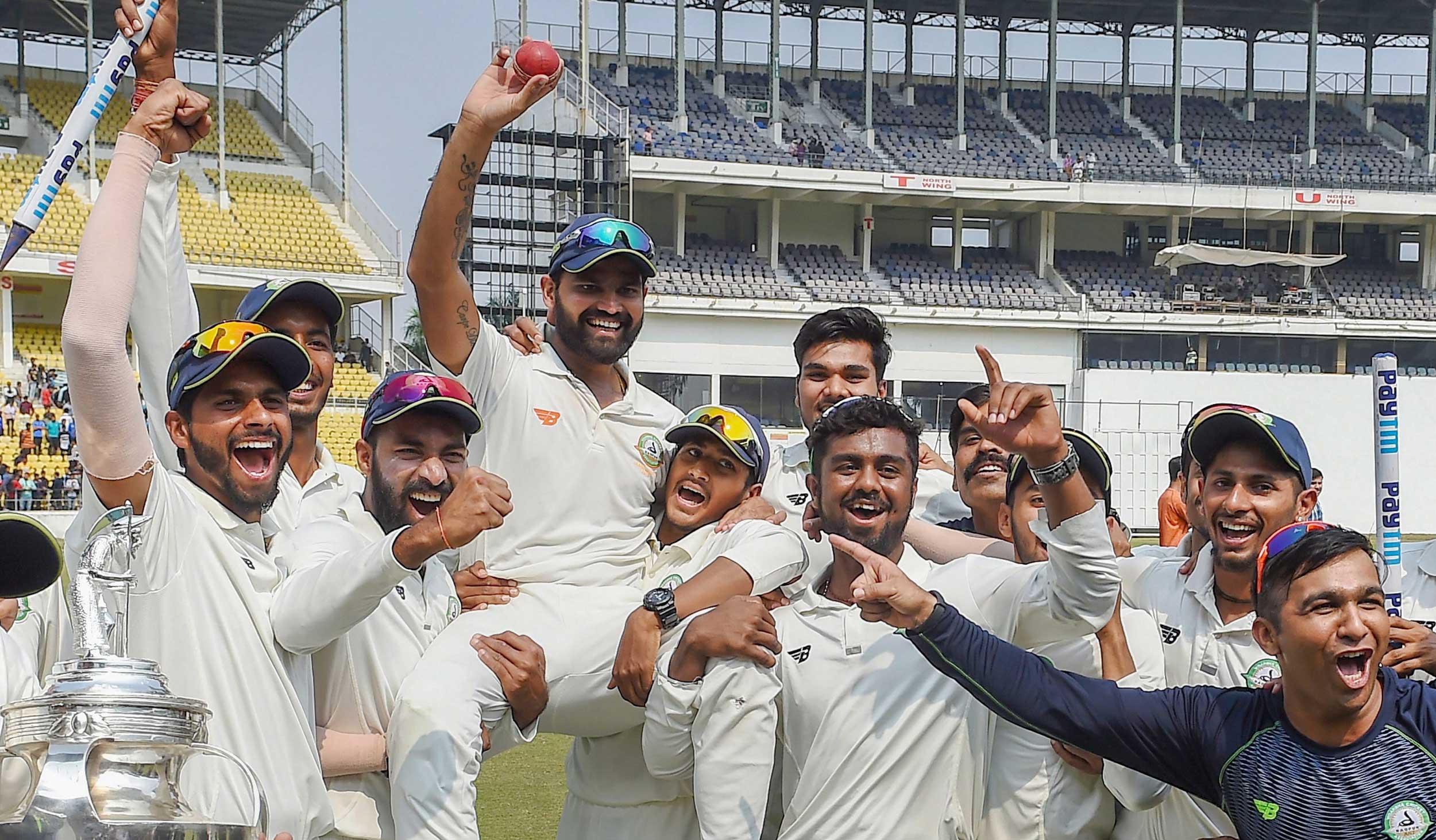 Sir — The Vidarbha cricket team must be congratulated for winning the Ranji Trophy title for the second time in a row (“Vidarbha retain Ranji Trophy”, Feb 8). It won with a comfortable margin of 78 runs against the much-fancied Saurashtra team in the final. This victory has proved that Vidarbha’s maiden triumph last year was not a fluke. The team performed as a solid unit this time, with special contributions from Aditya Sarwate, who claimed 11 wickets in the game and scored a vital 49 runs. He richly deserved the Man of the Match award. One hopes that talented players like Sarwate will soon find a place in the national squad.

Incidentally, the umpiring during our domestic tournaments has been found to be wanting. There should be better-qualified umpires right from the quarter-finals. The decision review system should also be put in place to avoid biased umpiring.

Sir — The Ranji Trophy final between Vidarbha and Saurashtra in Nagpur was thrilling to watch. Expectations for Saurashtra to put up a fight were high, given the manner in the which the team had performed in the quarter-final and the semi-final of the tournament. But it did not really stand much of a chance against Vidarbha and the onslaught of Aditya Sarwate.

Vidarbha’s victory takes on even more meaning because it did not have a great start to the tournament. Thankfully, the team pulled up their socks in the final pool games and played a strong game. If anyone believed that their first victory last year was a one-off, those misconceptions have now hopefully been laid to rest.

Sir — The last few weeks have been very interesting in terms of domestic and international cricket for India. Not only has the national squad put up a stellar show with its victories in Australia and New Zealand — where conditions have always made it difficult for visiting teams to do well — but the Ranji Trophy matches have kept cricket lovers hooked as well. The icing on the cake was the Ranji Trophy final, where Vidarbha retained the title. The team owes its victory to Aditya Sarwate. It was his knock of 49 runs, at the number eight position in the second innings, that helped Vidarbha score 200 runs on a track that had been getting increasingly slower and helping spinners. Thereafter, his haul of six wickets — he had taken five in the first innings, taking his total tally to 11 — ensured that Vidarbha, and not Saurashtra, ended the match on a triumphant note. Sarwate has the potential to make it to the national team.

Sir — It was both upsetting and moving to read about the nine-month-old girl who was allegedly thrown into a well by her mother in Ranchi. Even though the tragedy occurred and she is currently battling for her life, she was thankfully rescued and airlifted to a hospital in Delhi. According to the Delhi traffic police, a ‘green corridor’ was created from the Indira Gandhi International Airport’s Terminal 1D to the hospital, allowing emergency services to cover a distance of 12 kilometres in 13 minutes. During peak-hour traffic, this distance would take much longer to cover. All the officers who contributed towards making the green corridor must be thanked. It shows that human kindness is not yet in short supply. One hopes that the infant recovers soon.

Vidarbha team with the trophy after defeating Saurashtra in the final cricket match of the Ranji Trophy 2018- 19, in Nagpur, on February 7, 2019.
(PTI) 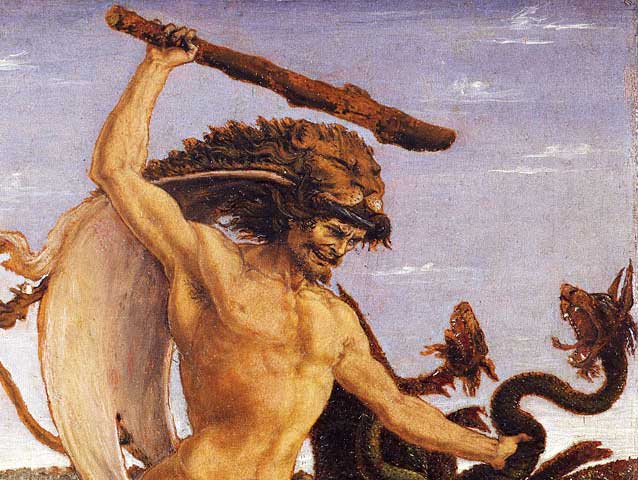 Detail from the painting Hercules and the Hydra (circa 1475) by Antonio del Pollaiuolo
Source: Wikimedia Commons

Sir — It was fascinating to read about the suspected serial killer on the loose in Bangladesh, who goes by the nickname ‘Hercules’ and has been targeting alleged rapists. So far, three bodies, all suspected to be Hercules’s victims, have been found with notes hanging around their necks stating that they had been guilty of rape. Such developments are usually encountered in story books; it is surreal that they now seem to have happened in real life. But while frustration around the tardiness with which rape cases are handled in the subcontinent is understandable, vigilantism must not be encouraged.

Sir — The reported move to change the name of the 132-year-old University of Allahabad to University of Prayagraj must have come as a rude shock to the numerous students who studied at the educational institution (“‘Oxford’ meets Prayagraj”, Feb 6). The Uttar Pradesh government tops the list among Bharatiya Janata Party-ruled states that have indulged in the name-changing game in utter disregard of history and the fundamental tenets of our pluralistic society. The latest move is yet another political gimmick. It seems that the state government has not learnt its lesson from the three successive poll defeats in Gorakhpur, Phulpur and Kairana. Its record in terms of governance is also extremely poor. Several children died in state-run hospitals in Gorakhpur and Farrukabad in the last few years, the law and order situation is deteriorating and the much-talked-about cleaning of the Ganga is also way behind schedule. The dispensation would do well to look into these matters instead of renaming cities and universities.