Given Yogi govt's record, displaying addresses of selected people may have acted as indirect invitation to violence 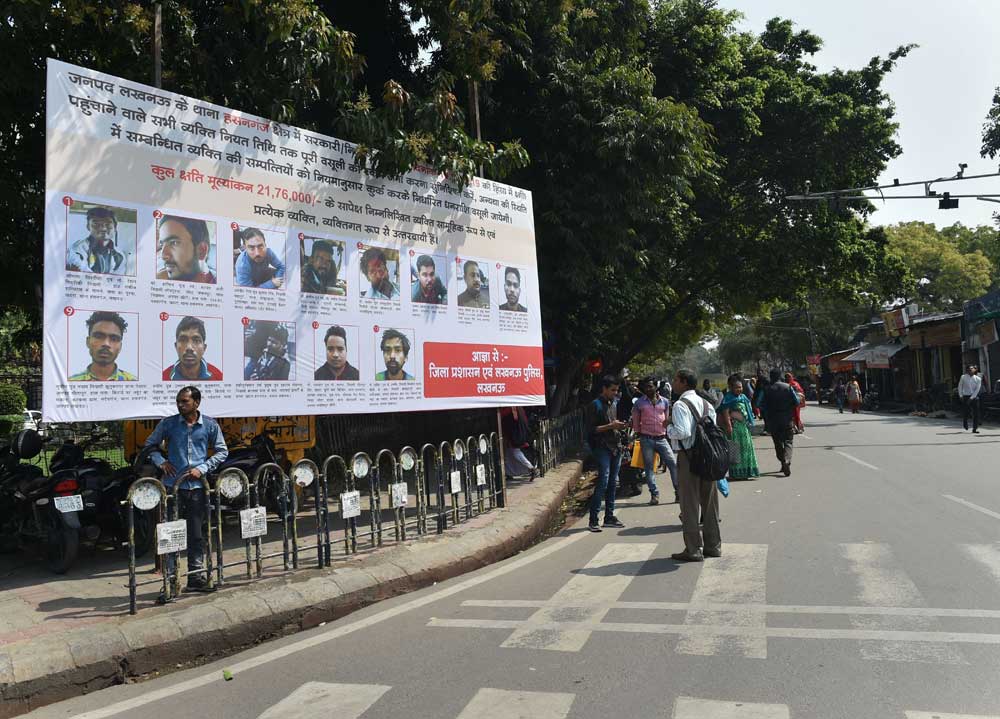 When injustice in everyday life becomes almost routine, the restoration of sanity, reason and rights takes on overwhelming importance. So it is deeply reassuring that the Allahabad High Court has taken suo motu cognizance in the public interest of the Lucknow administration’s display at the city’s main junctions of hoardings with the names, photographs and addresses of 53 persons alleged to have caused damage to public property during the protests against the Citizenship (Amendment) Act and the National Register of Citizens on December 19, 2019. This was evidently done in accordance with the Uttar Pradesh chief minister’s decision to compel troublemakers to pay for the damage. If they cannot, Yogi Adityanath has declared, their properties shall be auctioned off. This warning is also posted on the hoardings. It should not be surprising, given the UP chief minister’s normal disregard for justice and its procedures, that nothing has been established against these 53 people. They are ‘wanted’ because Mr Adityanath ‘wants’ them as examples to all potential protesters.

The special bench of the high court headed by the chief justice has ordered that these hoardings be taken down and a compliance report be presented. The government, and hence the Lucknow administration, is guilty of violating the fundamental right to privacy, which the Supreme Court perceives as part of the constitutionally bequeathed right to life and liberty. The Allahabad High Court admonished the authorities in the strongest terms, reportedly condemning their “undemocratic” functioning, their “unwarranted interference” in people’s privacy, and seeing in the publication of personal data of selected persons the “colorable exercise of powers by the Executive”. The court also pointed out that the publication of photographs with names and addresses by investigative agencies is not permitted unless the subject is a fugitive from justice. In short, what the UP government has done is plain illegal. The court’s rebuke is welcome, for Mr Adityanath’s government has seldom been concerned with legality. The best examples of its lawlessness are the so-called ‘encounter’ deaths of alleged criminals of which the chief minister is especially proud. In a similar vein, putting up addresses of selected people, it may be suspected, is an indirect invitation to further violence. The high court has been scathing. Will that induce the state government to correct itself?