Unmoored from the sense of belonging to a larger society

From the micro-politics of manspreading to the macro blows on people's rights, we are afflicted with chronic high fever 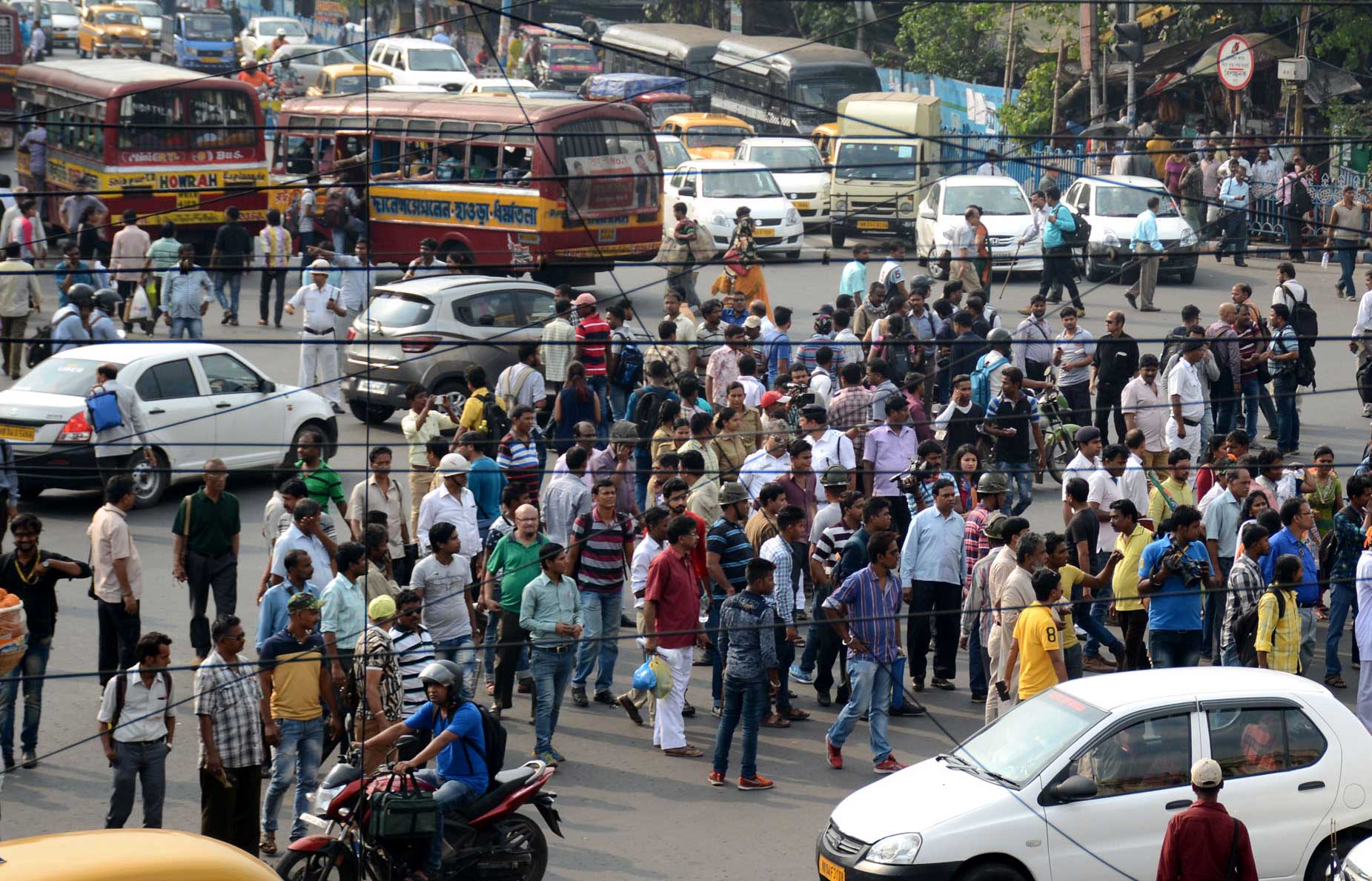 India has always been a crowded country. People have always pushed and shoved, people have always tried to jump queues, people have always pasted themselves on to the person next to themselves without a thought. Couple this crowding with modern means of transport and you reach a whole different level of violent human interaction: the fight to get on a rush-hour bus, the people fanning out of the doorways and hanging on to the tyre at the back; in the rural areas, the crown of humans atop each state transport bus, ducking and swaying to avoid the low tree branches which could decapitate them; the typically sub-continental panic of the departing train, especially in the less expensive classes; the crazy press of bodies on the local trains in Mumbai or Calcutta; this same pushing and elbowing transfers to vehicular traffic, where the car or taxi becomes an extension of the person driving, and barging past a competing piece of fast-moving metal is treated in the same way as pushing past someone on the street. All of this jostling and shouldering has been with us for at least the last 70 years and, with the growth of both population and means of transport, it has become increasingly more violent and frightening over the last two or three decades. Many would argue that this is merely an intensified continuation of people striving for a commodity always in short supply — personal space — and that it’s unsurprising, unremarkable.

And yet, one can’t get away from the feeling that something has fundamentally shifted, perhaps in the last 10 years or so, or perhaps the shift was from the moment of liberalization in 1991 but we are only now seeing its full effect. Let me try and explain. Calcutta has always been a crowded city and the driving has been chaotic, from at least the late 1960s. But in spite of the craziness there was always an awareness of the soft-shelled pedestrians outside your vehicle; as a driver of a ‘private’ or a ‘teski’ you were aware that you were privileged and had to make allowances for those who had to walk on the road; as a driver of a bus or minibus you negotiated gently with the pesky pedestrians for these were your customers and ploughing through them just wouldn’t do. In the 1970s and 80s there was a myth — ‘in Cal, if your car so much as touches a pedestrian they will set fire to it’ — and there was a kernel of truth in it, but that wasn’t the only reason city driving stayed short of lethal. In a different milieu, in those days if you made your way through a crowded pilgrimage spot, or tried to find a seat on the floor in a meeting or concert, there was a way people had, both of navigating through carefully to avoid stepping on bits of other people that were jutting out, of ‘adjusting’, of creating space for someone else. This same sensibility pervaded other crowded areas: available space was limited but it was malleable and not brittle like it is today.

Some people have a theory that this kind of pushing and shoving is closely related to class: the poorer you are, the less educated you are, the more likely you are to behave in this obhodro fashion and vice versa. Recent years have put the lie to this notion. Now, it doesn’t matter what class you come from, old wealthy, nouveau riche, educated abroad, middle-income corporate, with intellectual pretensions, lower-middle class or working class, everybody seems to feel licensed to be boorish and thuggish.

In the past there was an assumption that in and around aeroplanes you wouldn’t find the kind of quasi-stampede you regularly got on the street or on trains; it was understood that people who flew, even if they didn’t have money, were cowed into civil behaviour by the intangible presence of ‘class’ and by the very different rules that applied to commercial air travel. Three recent examples will show us that this, if it was ever true, is now history. One: there is a long queue at a gate in Delhi airport, waiting to board a flight; a woman, not particularly wealthy, quite hefty of body, just slams through the queue, using her bag as a battering ram, stamping on people’s feet, sharply elbowing older passengers, to make her way to the front of the line; the ground staff look at her boarding pass and tell her that her flight isn’t for another hour and the woman stalks off without a backward look, no question of any apology. Two: on a jam-packed flight that is still boarding, two men want to exchange seats to be with their friends; one of the men is in a middle seat, with a passenger already occupying the aisle seat; nevertheless this man irritatedly keeps nudging the man in the aisle seat to let him out; letting him out would mean that the passengers coming in would be blocked, plus this man would go against the current towards the front of the plane while the other fellow would make his way down; there is no awareness that the sensible thing to do would be to wait till everybody has sat down. On another flight, upon landing, everyone jumps up to open the luggage compartments while the signs are still on — this is what we do, for we are Indian; then, as people start to de-plane, a man in a middle seat reaches across the passenger in the aisle seat who is getting his bag to grab his own suitcase from the overhead storage; this means the aisle man has to lean back into other passengers and get his face scraped by Middle-seat’s bag, while the man in a hurry secures his bag to his chest with nowhere to go.

Would this kind of thing have happened with such frequency 30 or 40 years ago? People may disagree but I tend to think it would have been slightly different. In spite of the huge kinetic sardination, in spite of much stupid grabbery, whether on train or plane, I think there would have been some trace of apology, some sense of sheepishness that you were causing discomfort to fellow passengers, some little ducking of the head to say ‘sorry, I know what I’m doing is wrong and causing you difficulty, please forgive’. To repeat, these selfish actions might well have taken place then, but they would have been accompanied by some awareness of the needs of others.

Again, there are many theories about all of this: with rising incomes, Indians’ sense of themselves as individuals has undergone a huge shift, become unmoored from the sense of belonging to a larger society; TV, internet and the smartphone have created a hyperventilated mass aspiration even as they’ve brought about ruptures and atomizations in groups, and all of us are digitally blindered as never before, trapped in solipsisms and narcissisms that have metastasized at a scale no one could imagine 20 or 30 years ago; rampant nationalism (both at the level of region and country, and not limited to any one political party) has brought about a dangerous yo-yo-ing between fantastical egotism and low self-esteem, leaving us in a state of perpetual anxiety that suits both corporations and political parties; and so on and so forth.

Whatever the case, the fact is we are a strange mass of people, snarling and clawing in every direction, tearing into each other with a thousand small daily bites. From the micro-politics of manspreading our legs and tussling for elbow room on shared arm-rests to the macro blows which deprive masses of citizenship or the rights to their own lands and forests, we are a society afflicted by a chronic high fever. No matter who wins these forthcoming elections, if this temperature is not reduced it is a matter of time before we explode.

One dead, four injured in accidents