The future of history 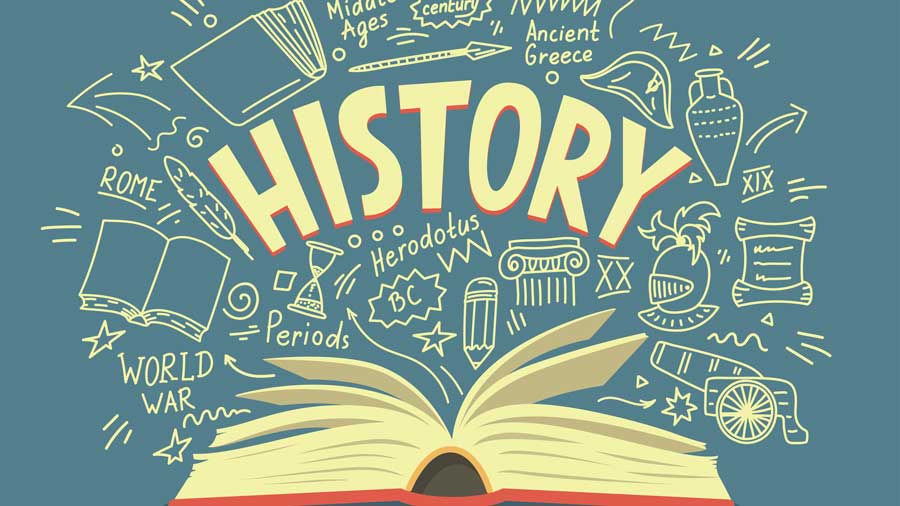 Amidst the pandemic, many policies that should have generated heated debate and concerns have been pushed through with little to no murmur. Among issues that have been shadowed over are the scrapping of Article 370, the NRC-CAA, labour laws, farm laws and so on. One such concern is the proposed Learning Outcomes based Curriculum Framework for history teaching at the undergraduate level by the University Grants Commission. It is strange that the public discourse and concerns about education still remain confined to the ‘outcome’ generated upon taking evaluation as a criterion. Learning and knowing may no longer be ends in themselves but linking them linearly with their saleability in the knowledge economy or in order to get employment is too crude for an autonomous institution in pursuit of excellence. The UGC has come out with the LOCF for history, crafted by renowned historians and social scientists, who remain unnamed.

The future of teaching-learning history in India is being crafted by people who cannot differentiate between the Indian nationalist, Bipin Chandra Pal (one in the troika of Lal-Bal-Pal), and the renowned historian, Bipan Chandra. This confusion coexists with language faux pas galore in the undergraduate history curriculum and syllabus proposed by the UGC. These cannot be ignored as mere typographical errors as the UGC has gone out of its mandate to guide and direct history teaching and learning across India. The same enthusiasm is missing and probably not desired or required for other disciplines. History — as a discipline and what is worth teaching as history — is a highly contested domain. History shapes our present; those who do not learn from it are doomed. The LOCF’s emphasis is on learning the ‘right’ history, for only this can introduce the learner to the ‘soul’ of the nation.

The preamble to the LOCF opens with the prophecy that history is “a vital source to obtain knowledge about a nation’s soul”. Thus, to begin from the beginning, the learners are to be introduced to the ‘idea’ of ‘Bharat’ — the extent, geography and concept of which are outlined by the mythical Hindu ‘Bharatvarsha’. As its etymology reveals, it is the land of Bharat (one of the fabled ancestors of Rama) and the Vedic understanding of “Jambu dwipe Bharat khande”. The idea is not to teach a seamless history of the particular geography of Southeast Asia, but to introduce the basic tenets of ‘akhand Hindu rashtra’. The proposed curriculum never fails to reveal the hidden agenda of its makers. The German philosopher, Jörn Rüsen, outlines four categories of historical constructions — traditional history, exemplary history, critical history, and genetic history. The curriculum makers seem to believe in exemplary history, wherein the past is used to instruct contemporary actions and beliefs. The problem is that the present intent grows heavier and guides the construction of an imaginary past. Another factoid of Indo-Saraswati Civilization equates the Harappan Civilization to Rig Vedic Civilization and conforms to the narrative of Aryavart and India being the golden bird later smothered by Muslim invasion.

The medieval section of Indian history is treated with contempt and derision being the era in which Muslim looters and invaders plundered India. History as a discipline is studied to comprehend continuity and change, but the curriculum either delusionally or intentionally wants its learners to study two papers — History of India (550 CE to 1200 CE) and History of India (1200 CE to 1700 CE) — simultaneously in the third semester. Similarly, in the fourth semester learners have to study two different time periods spanning three centuries — History of India (1707 CE to 1857 CE) and Indian National Movement (1857 CE to 1947 CE) — simultaneously. This flawed pedagogical structure not only confuses the learners but also reduces the rigour of the discipline. This reflects how the history curriculum has been compromised owing to a lack of historical understanding. Learning from history is an act of both investigation and imagination that seeks to explain how people have changed over time. Reading two different eras at the same time is not only pedagogically implausible but it also defeats transition, continuity and causality of the history learning objectives.

Writing history is a historian’s craft and requires not only the skill to collate facts but also the ability to distinguish among fact, factoid, and fiction. Among memory, pastness, and what really happened in the past, only an objective analysis, irrespective of ideological leanings and fixated vantage points, can generate a critical history. Ideological moorings may lead to a wish to not underline or to overemphasize a historical event; but facts remain sacrosanct. For instance, the sepoy mutiny-first war of independence debate is pre-judged and hailed as a theoretical stance on the basis of a historical study undertaken by the original Hindutva ideologue. Events in modern Indian history and the making of contemporary India are tweaked and twisted with free will; the reform and revival movements are bracketed as ‘resistance’ by the Indian society to the onslaught of colonial powers. Major milestones in the making of India as a nation — be it the Queen’s Act, the Ilbert bill, the formation of INC, the Morley-Minto reforms, the Montagu-Chelmsford reforms, the Khilafat blossoming into Non-Cooperation or the three round table conferences — are brushed off as unimportant. Although students are encouraged to learn about the history and making of the Muslim League, they are deprived of learning about the origins of the Hindu Mahasabha and its growth into the RSS. Nehru, Gandhi, and Ambedkar are pushed to the margins and the Tripuri session of the INC is overemphasized to underline the Bose-Gandhi conflict. Wedges that hardly existed have been created between Nehru-Patel, Gandhi-Bose, and Gandhi-Ambedkar. They may have had different understandings of the ideas of freedom, liberty, and dignity but they also shared a common libertarian ethos and the values of secularism and equality.

How history is created, works and contributes to our general understanding of knowledge and the making of the identity of the knower are what papers like Gender in Indian History, Religion and Religiosity, Inequality and Differences, Cultural Diversity in India, History of Science and Technology, and many others teach; these are not considered important enough to be included in the ‘model’ curriculum as they do not go well with the ‘perfect’ Hindu history and past. Similarly, the geographical stretch of Bharatvarsha is taken from Kandahar to Kamroop. The LOCF hardly takes any cognizance of people and their history beyond the Vindhyas.

It is a cliché that we write our own history. History as a discipline is created and crafted according to its own paradigmatic constraints and the historian’s perception. But the present and future generations have the right to know and learn from history. The most prominent objective of learning history is to evolve a capability to distinguish among history, myth, and reality. Learning history may have outcomes that cannot be measured by the immediate fruition of learning and getting a job as a tourist or monument guide. The future of history appears bleak. The LOCF hardly reposes any faith in the teacher or learner or even in the objectives of learning history. The knowledge economy and political ideologies involved in making the LOCF have attempted to shove history as a discipline into myths, parables, and factoids to create a new discipline to pass for history in the future.