Rishi Sunak is executing a ‘reverse-Macaulay’ 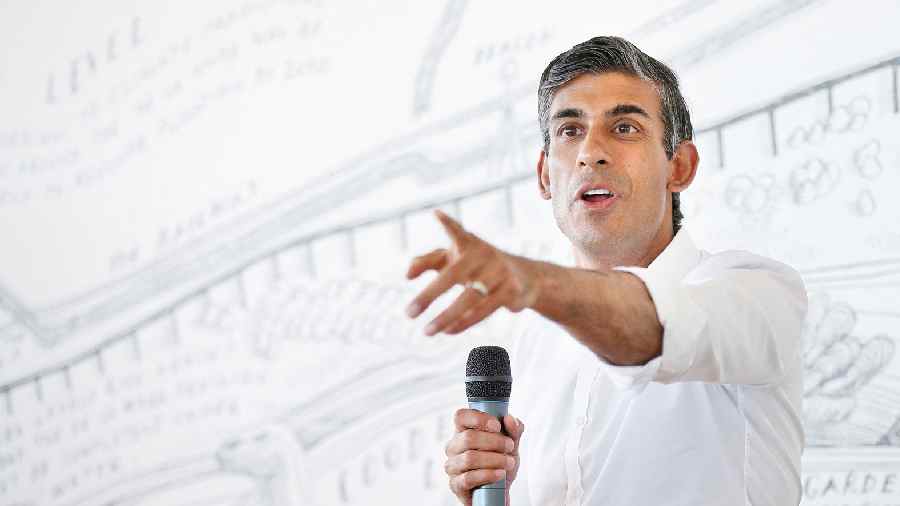 Liberals who judge the health of democracies by their success in integrating minorities into their political systems will find much to admire in Britain. The Conservative Party is not seen as the natural political home of Britain’s ethnic minority citizens and, yet, Boris Johnson’s cabinet was studded with ministers from South Asia, Africa and Iraq with Hindus, Muslims and Jews in a way that embarrasses Labour’s largely white front bench. There’s something reassuring about a political culture where the ethnic origins of ambitious politicians aren’t a bar to high political office in its principal right-wing party.

The fact that Rishi Sunak is competing with Liz Truss to become the leader of the Conservative Party and the prime minister of the country underlines the point. Sunak’s Indian ancestry and the fact that he is married to the daughter of India’s most iconic tech tycoon, N.R. Narayana Murthy, give Indians a special interest in the run-off’s result.

It’s worth noting here that even if Sunak were to win, he wouldn’t, strictly speaking, be Britain’s first ethnic minority prime minister. That distinction belongs to Benjamin Disraeli. Disraeli was a Jew who had been baptised as a child. This allowed him to take his oath as a member of Parliament in 1837 at a time when Jews were legally barred from all political office. It’s historically remarkable that Britain’s Tories, the world’s most consistently successful political party (measured by the only metric that counts, years in office), was shaped in its formative period by a member of a reviled and much-discriminated against minority. Disraeli coined the phrase, ‘One Nation Conservative’, and pioneered the paternalism that made that phrase politically resonant.

The chances are that Sunak won’t become Britain’s first non-white prime minister. He is trailing Liz Truss in polls that sampled the preferences of the Conservative Party’s members, the electorate that will decide the winner of this contest. The leadership contest has had two distinct phases. The first phase had Conservative MPs voting for their preferred candidates over several elimination rounds. The two candidates left standing after this process, Truss and Sunak, then courted Conservative members at large.

Sunak’s star declined sharply after the first phase. He started as the front runner, the clear favourite amongst Conservative MPs, but conservative members at large seem to prefer Truss. This is ironic given that Sunak’s true-blue credentials are impeccable. He has always been a Conservative, from the time he was at university. He voted ‘Leave’ at a time when the Conservative Party was sharply divided between Leavers and Remainers. His entire career has been spent in investment banks and hedge funds, time-honoured incubators of Tory talent. Britain’s greatest challenge over the next year will be the cost-of-living crisis and it’s generally acknowledged that Sunak has a grasp of economic fundamentals that Truss lacks.

And, yet, Truss, who started her political life as a Liberal Democrat and voted to Remain, whose signature policy as foreign secretary — the removal of undocumented immigrants to Rwanda — was an embarrassing flop on its own terms, who is a famously awkward and wooden public speaker, has successfully repackaged herself as Margaret Thatcher’s heir and the authentic voice of the Tory hinterland.

How did this come to pass? The answer is simple: taxation. Sunak made the traditional Tory case for balancing the budget. He argued that economic realism demanded that the taxes he had raised as chancellor to pay for Covid expenditures could not be cut immediately without risking runaway inflation. This is the argument Tories have used so effectively against Labour: the accusation that Labour is a profligate party that believes it has a magical money tree that will pay for public expenditure.

Sunak’s mistake was to use an argument meant for general elections in the wrong context. He needed to persuade members of the Conservative Party, not the electorate at large. Dues-paying members of the Conservative Party are overwhelmingly affluent and old. In the face of a cost-of-living crisis fuelled by exploding energy bills, they don’t want their incomes reduced by tax rises. At the same time, as senior citizens, they don’t want public services cut or any expenditures that might threaten their well-being curtailed. They are, in contemporary British parlance, cakeists: they want to eat their cake and have it too.

Truss has promised them that tax cuts will grow the economy and thus pay for themselves. Whether she’s right or wrong isn’t relevant; what matters is whether Tory members find her prescription more plausible than Sunak’s and on the evidence of current polling, they do.

As Truss has grown her lead over Sunak, a series of Conservative ministers and MPs have endorsed her candidature. In response, Sunak has backed away from his safe-pair-ofhands pitch and recast himself as a culture warrior. He has promised that he will make Truss’s Rwanda policy work and extend it to other countries. But his campaign’s most striking move has been to declare that “Rishi believes extremists do not just want to attack our values, but our very existence. That is why he will add vilification of the UK to the definition of extremism, making sure that those with an extreme hatred of our country that leads them to pose a risk to national security can be identified and diverted away from a destructive path".

Apart from creating a new kind of undefinable thought crime, he has promised to “refocus” Prevent, a controversial anti-extremism programme, to make it pay more attention to Islamic extremism. Preventrequires public sector workers like teachers to report on incipient signs of extremism of all sorts, including right-wing terrorism. By promising to redouble “our efforts to tackle Islamic extremism”, Sunak is making it clear that he wants Prevent to focus on one sort of terrorism.

This is a surprisingly crude dog whistle; the spectacle of a son of brown immigrants assuring an overwhelmingly white party membership that he knows who the real villains are is curious. Sunak’s campaign statement makes it clear that this new definition of extremism that encompasses the vilification of Britain will not be legally binding. Sunakis throwing red meat to right-wing Tories while simultaneously reassuring Conservatives concerned about free speech that he doesn’t really mean it.

To watch a minority politician, who ought to be an advertisement for Britain’s inclusiveness, pander to the basest instincts of a narrow electorate is disappointing. Disraeli, despite his unswerving conservatism, was a Tory who had the breadth of mind to empathise with Chartism, a radical working-class movement. Sunak, in contrast, seems happy to harness prejudice to his cause. To paraphrase a social media post by an acerbic friend, Sunak is executing a ‘reverse-Macaulay’: trying to forge a class of persons, English in blood and colour, but desi in its appetite for majoritarianism.