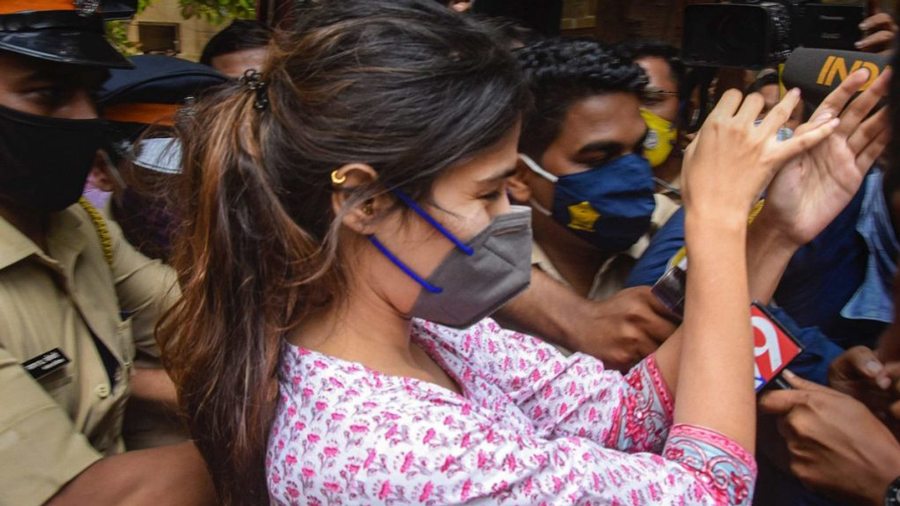 A sense of theatre was always a part of Indian politics. To it, one can add the quality of storytelling, emphasizing the power of orality and a taste for epic morality. Good and evil had to battle it out to satisfy the moral imagination of the audience. Commentary and spectatorship were equally important, and an event was not an event till it was discussed threadbare. Reading the newspapers and watching what masquerades as TV, I sensed the missingness of such an involvement. Both passion and analysis seem to have flown out of the window.

Indian politics, which once provided a perpetual sense of democracy at work, has lost its way. A friend of mine, a well-known semiotician, told me, “Politics in India has failed thrice. It is this three-in-one tragedy that one has to confront.” He labelled the first as the politics of inanity. It referred to the recent Congress meetings. The second involved the Covid chorus, which revealed the politics of banality. The third evolved as the crisis in Bollywood inevitably enveloped in hysteria. The three events together contributed to the death of politics as an imagination. The three linked together show that India stands between Kafka and Alice. We now do not need an Arendt, or a Marx or an Adorno but the surreal genius of Ionesco to understand this. My friend claimed the surreal as macabre haunts the emptiness of Indian politics.

Consider the Congress Party as the first case study. One realizes it has gone beyond tragedy. The Congress has lost its iconicity, the grandeur of figures like M.K. Gandhi, Jawaharlal Nehru and Vallabhbhai Patel. There’s no message, no sense of ideals, the sheer captivating power of the rhetoric. The party has lost both the sense of myth and magic, emasculating its own history.

To think that the legacy of the party rests on one man is ridiculous. It’s like Pinocchio succeeding the epic heroes. Rahul Gandhi murmurs inanities, which he treats as proverbial wisdom. Watching him, one feels pity because he reduces his mother and sister to the same level of mediocrity. The Congress, which once celebrated itself as a coalition of differences, now insists on loyalty to the family as its critical Covid test.

The fact is not that a great mass party has been reduced to a family but that the best in the party behave like retainers. Rahul Gandhi does not know the difference between a great party collapsing out of ridicule and a parent-teachers’ meeting where he plays the junior principal. Mr Gandhi has added to Marxist insight of history that history repeats itself twice, first time as tragedy, second time as farce. Rahul Gandhi goes one better and produces an assembly line of farces that emasculates a great history. The whole plot is so inane that one has to look for comic relief and, for once, the Tharoors and the Jairam Rameshs proved to be poor stand-ups. One wants to weep even as one watches the slapstick nature of the act — a party known for its dissenting imaginations now performs with autistic idiocy.

If the Congress is inane, the Covid crisis has turned the regime into sheer banality. As political utterance or policy outputs, one senses an epidemic of mediocrity confronting the sheer power of the crisis. Tossing words like lockdown and new normal adds little to the power of the play. There is no language to look at the poignancy of suffering and the drumbeat of body counts, which pretends to be testimonials to the regime, hardly create a sense of mourning. It is as if death and suffering do not matter. The drama lies in the exponential growth of models, and there is little about moral choice, sacrifice or martyrdom. Doctors who tried to follow their vocation were denied the decency of burial. For once the politics is autistic. Even in his August 15 speech, the prime minister sounded like a salesman rather than a statesman. History has reduced him to a bit-actor. The regime stands depleted and deflated but with the moral luck of a party without any real opposition. The regime behaves like a bunch of extras content that they have another season in front of them. The sheer banality of the acts sans ethics, sans poetics, creates a moral emptiness, which is unbearable. Sadly, the pictures of migrants being sprayed, or a child playing with a blanket oblivious to the dead mother on the platform, remain mere video clips. They add little to the possibilities of the moral imagination.

At a time when politics at the party level and in the realm of governance empties out, you would expect myth to rescue it. But the collapse of Bollywood has combined with the collapse of politics. Bollywood’s power stemmed not from the theatrics of its legendary actors but from the myths of modern India it sought to sustain. Bollywood sustained politics through a resolution of the contradiction between the values of town and country, family and public life, violence and the proprieties of law. Yet, of late, Bollywood lacks the politics of myth. It has died out as poetry and it senses this itself. It has run out of aesthetic steam. In its attempt to fall back on biopics or historical drama, its magic has become futile. History as a costume ball does not quite acquire the stature of myth.

Bollywood’s ability to contain hysteria and order, family duty and freedom, was challenged from within through the unravelling of the Sushant Rajput story. A presentable young man, decent but a recent success, still new enough not to savour success or its ironic icing immediately. The story goes that he committed suicide and a whole inquisition of enquiry followed it. It is not the forensics of the story that capture interest; it is the sheer melodrama of a runaway script, which changed directions every week, that took over. It made Bollywood look silly as Kangana Ranaut and Ankita Lokhande ran riot, demanding the lines that Deepika Padukone should have spoken in a formal movie. It was as if Bollywood was tired of its own myth and had turned it into a farce with Mahesh Bhatt playing a bit-actor repeating the same role he had with Parveen Babi but now with Rhea Chakraborty. It was a plot gone berserk, and Bollywood realized that its own plots wild in the beginning acquired order and resolution after the interval. But what one witnessed was a sheer hysteria with a so-called dialogue turning into the cannibalism of social media. As a plot, the Rajput episode went berserk. It was not the poignancy of the actor committing suicide, it was now the bigger picture — the plot of a myth cannibalizing itself. The everyday hysteria of the Rajput story even put the crisis of Covid into an occasional shade. It was the public unravelling of a symbolic myth that desperately needed to be decoded.

Many friends who were adept at symbolism saw these events as a triptych — a three-in-one weave which had to be understood together. They claimed each brought out the emptiness of politics in an individualistic way. The Congress imbroglio captured the politics of inanity revealing a party which was autistic, even amnesiacal, before its own history.

The Covid drama showed that while nature can be dramatic, a regime without inspiration can, at best, resort to a banality, confronting a moral crisis with a clerical repertoire.

Thirdly, instead of watching politics collapse, we went one step further and watched the myth of political modernity — Bollywood itself — collapse in sheer hysteria. As one watched the emptiness of the triptych, one sensed that politics has lost its creativity as metaphor, as epic, and as language. If the first was a failure of history, the second of governance, the third represented the myth eating itself. More than an epidemic, what we confront is a civilizational crisis presented as three mediocre tableaus. The challenge now is this: can culture with its resilience recreate the poetics and the energy politics has lost? Sadly, the jury is still out in some adda seeking the clues of future resolution.