Treasures of the Trash Museum

As the landscape and real estate of New York change over time, so do the things that are discarded by city dwellers 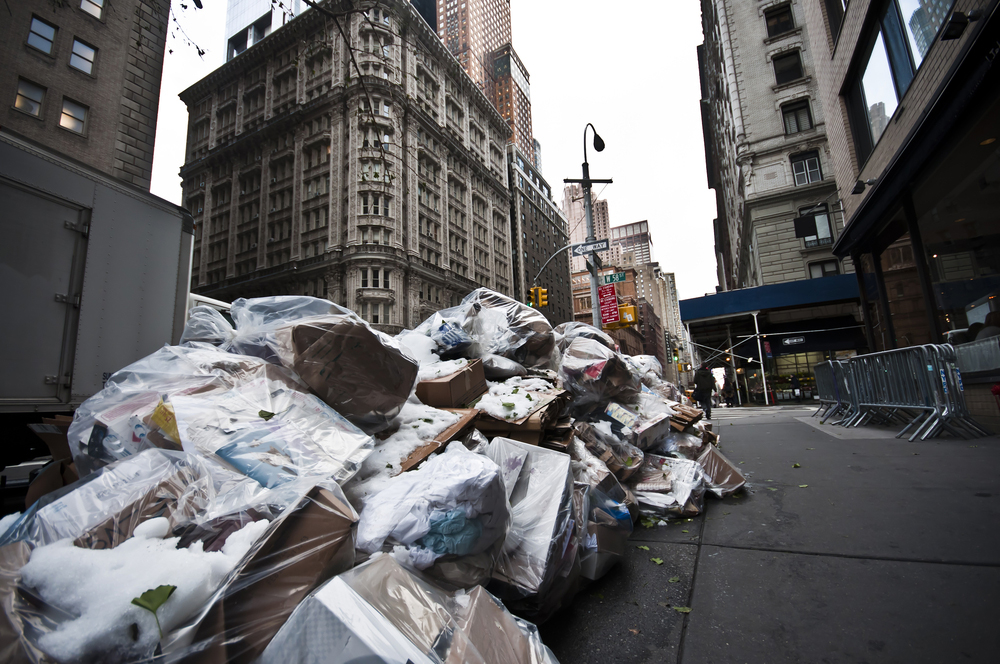 Garbage bags on the pavement in New York City. One person’s trash is another person’s treasure
(Shutterstock)
Suhashini Sarkar   |   Published 07.07.19, 02:00 AM

One person’s trash is another person’s treasure. And what better way to manifest this other than the Museum of Trash in East Harlem of New York? Last week, the Foundation for New York’s Strongest, the official non-profit of the Department of Sanitation, Hi-ARTS and the Hunter East Harlem Gallery unveiled an exhibition called What is Here is Open: Selections from the Treasures in the Trash Collection inspired by some of these discarded items. It celebrates the idea of reuse and connects to the agency’s mission of achieving zero waste to landfills.

It was not until recently that the creators of the exhibition settled on its theme. As the landscape and real estate of New York change over time, so do the things that are discarded by city dwellers. Nelson Molina, a now-retired New York City sanitation worker, started to collect the things he discovered while on the job as a sanitation worker. He collected a variety of objects and trinkets, sometimes items of great sentimental or historical value, from the roughly 12,000 tonnes of trash that New Yorkers toss away daily. Molina says the collection, which he calls the “Treasures in the Trash Museum”, now amounts to more than 50,000 things.

What is Here is Open is on view from June 26 to September 14 at the Hunter East Harlem Gallery (by appointment only). There was a public reception on June 26.

The Fourth of July is always a time for patriotic celebration, fireworks, burgers and beer. Several states host firework viewing and parades on this day. This year, it marked the United States of America’s 243rd birthday.

In Washington DC, the US president, Donald Trump, reshaped the city’s Independence Day celebration to include an area in front of the Lincoln Memorial reserved for dignitaries, family and friends, made accessible only through tickets distributed by the White House. Trump addressed the nation as part of his rebranding of the traditional July 4 event into his own “Salute to America,” which included moving the fireworks from the reflecting pool to two different sites, including West Potomac Park. The revamped festivities included additional fireworks, marching bands and flyovers by Air Force One, the Blue Angels and aircraft from all branches of the military. Trump was inspired by the Bastille Day parade in France, but many protested against the use of the military to politicize the day.

But the largest July 4 celebration west of the Mississippi River is said to be in Huntington Beach, California. The annual parade marched down the streets of downtown Huntington Beach. The parade featured bands, floats, local dignitaries, equestrian groups, film and television celebrities and community groups. The tradition began on July 4, 1904, when Huntington Beach commemorated the arrival of the first electric passenger train linking the area with Long Beach and Los Angeles.

It can safely be said that 3D printing has come a long way. It has a variety of applications now; companies are working out ways in which 3D printing could be of use to the food industry. A company called Natural Machines offers a 3D printer called Foodini. It believes 3D printing will help restaurants work more efficiently. Stainless steel capsules contain the ingredients and consumers navigate the choices on a touchscreen panel to prepare the food. If this option gains widespread appeal, then restaurants could use this to cater to a wide range of tastes and preferences.

The method could also help alleviate food waste. Dutch university students invented a way to make 3D-printed cuisine using food scraps and leftovers. They started with bread, since it is the most discarded food item in the Netherlands. But they eventually expanded to discarded fruits and vegetables. So far, they have just made snacks, but have encouraged people to think differently about food waste.

The first plant-based ‘meat’ has been created using a 3D printer as well. The technology also allows for customization of the ingredients to accommodate a person’s dietary needs. Researchers believe that 3D-printed food will soon become a part of our daily food consumption.

On June 28, 1970, in New York, gay activist groups held their own pride parade to recall the events of Stonewall one year earlier. On June 30, 2019 in New York, the WorldPride march followed the same route that New York’s first ever LGBT pride march took in 1970. It went down Fifth Avenue and into Greenwich Village, a half-century after the landmark Stonewall uprising. The issues faced by the LGBTQIA community still remain at the forefront of conversations shaping culture. It drew around five million marchers, according to the mayor of New York.

Many people pointed out the commercialization of the pride march. Streets were bordered with banners, floats and advertising from multiple businesses. In fact it sparked a counter march called the Queer Liberation March, organized by a group called Reclaim Pride Coalition. They do not accept corporate sponsors, while official NYC Pride welcomes them. Meanwhile, in Boston, the ‘Straight Pride Parade’ made people cringe. In June, a group calling itself Super Happy Fun America announced it was planning a Straight Pride Parade in Boston. The group says it requested the same route as the Boston Pride Parade, which marched from Copley Square to Government Centre on June 8.

More than 30 years after NYC’s original Playboy Club on East 59th Street shut down, a new one was opened. Its walls are covered in archival photos that allude to Playboy magazine’s glory days. The Playboy Bar, the only portion of the club open to the public, has a DJ, drinks and food. People are able to access different portions of the club depending on membership tiers, and only a select few get to visit a secret lounge known as the Rabbit Hole.