EYE ON ENGLAND | Lady Diana had no regrets about her famous interview to BBC, reveals Tina Brown's book on her 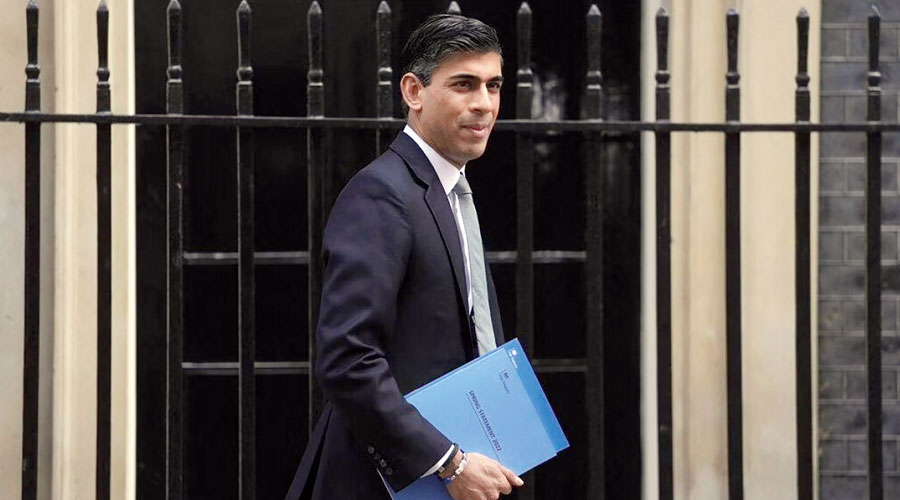 The Labour Party leader, Sir Keir Starmer, wouldn’t be doing his job if he didn’t demand Boris Johnson’s resignation, but there is a reason why someone like the chancellor, Rishi Sunak, represents everything that the Left loathes — it is because Labour can no longer rely on the blind support of Indian voters as was once the case when Left-wing intellectuals like Michael Foot were in charge. But in the last three decades, there has been a fundamental change in Labour’s relationship with Indians.

Labour still retains pockets of support among Indians, but as the “immigrants” of yesteryear have prospered into successful and confident “British Indians”, the latter have shifted their allegiances to the Tories. Simultaneously, the Labour Party has been hijacked by its Pakistani origin MPs. The Labour leadership despairs of ever getting back the Indian vote. Hence, it is investing in building a closer bond with Pakistanis by making sympathetic noises on, say, Kashmir. That Sunak went to Winchester, where he was head boy, got a First at Oxford and married a wealthy girl, Akshata Murty, who he met at Stanford, all count against him — in Labour eyes — because he cannot be patronized.

To be sure Sunak has provided his enemies ammunition by retaining his green card even after becoming chancellor and having a wife with non-dom status. But the real reason he has been attacked by Labour runs deeper. Without Indian support in key marginal constituencies, Labour’s chances of winning an overall majority in a tight general election are slim. What happens to Sunak will determine whether there is still a glass ceiling for Indians in Britain. My guess is that, sadly, Britain is not yet ready for its Obama moment. Cartoons of Sunak in the Daily Telegraph make him much darker than he actually is.

There were a number of Asians in the life of Princess Diana — one of them was the Pakistani heart surgeon, Hasnat Khan, whom she genuinely loved and wanted to marry. When Hasnat showed no willingness to marry her, Diana tried to make him jealous by publicly dating a wealthy Indian businessman, Gulu Lalvani. The former magazine editor, Tina Brown has written a book to mark the 25th anniversary of Diana’s death. She uses Lalvani as her source to state that Diana was very happy with the interview she had given to the Pakistani-origin BBC reporter, Martin Bashir, in which she had said “there were three of us in this marriage, so it was a bit crowded”. Bashir is today even less popular than Vladimir Putin for having used forged documents to secure his exclusive Diana interview.

But according to Gulu Lalvani, who dined out with the Princess in the final year of her life, “Diana said she had no regrets about the interview and made clear that she had said exactly what she wanted to say on camera,” writes Brown in The Palace Papers: Inside the House of Windsor — the Truth and the Turmoil. “She was pleased about it, Lalvani confirmed to me. She didn’t have a bad word to say about Martin...”

Imran Khan’s supportive ex-wife, Jemima Goldsmith, hasn’t said anything, but his former brother-in-law, Zac Goldsmith, was slapped down after he tweeted: “Imran Khan is a good and decent man, one of the least corruptible politicians on the world stage. I have no doubt he will be returned with a big majority in the upcoming elections.”

Zac, now a British foreign office minister, was made a Tory peer by Boris Johnson, whose spokesman emphasized the tweet did not represent the government’s position and that the UK would not get involved in Pakistan’s domestic affairs.

But the novelist, Mohammed Hanif, the author of A Case of Exploding Mangoes, was less sympathetic. In a Guardian article, he wrote: “Why is Khan not blaming the army for his ousting? Behind his petulant facade, there is a pragmatist at work. His party cadres are seething at the army for abandoning them, but Khan himself doesn’t want to burn the bridge that may one day bring him back to office.”

Yogita Limaye, who is reporting from Ukraine for the BBC, is probably the first Indian journalist covering this terrible war. Her CV says she was “born in Pune and has a degree in engineering and wrote software programmes for a year before switching careers to journalism”. She joined the BBC in its Mumbai bureau in 2012. Last week, she reported on Russians systematically using rape as a weapon of war. She interviewed a Ukrainian woman who said she was raped by Russian soldiers and returned home to find they had first killed her husband. This time there are many more women war correspondents, who appear every bit as brave and enterprising as the men.

One is always supportive of young love but when it comes to big, fat, vulgar weddings, Indians are being challenged by the Beckham- Peltz extravaganza in Florida. David and Victoria Beckham’s son, Brooklyn, 23, has married Nicola Peltz, 27, whose billionaire father, Nelson Peltz, insisted on a prenup to protect his daughter’s fortune. Exclusive pictures are being sold to Vogue.