The word best not spoken 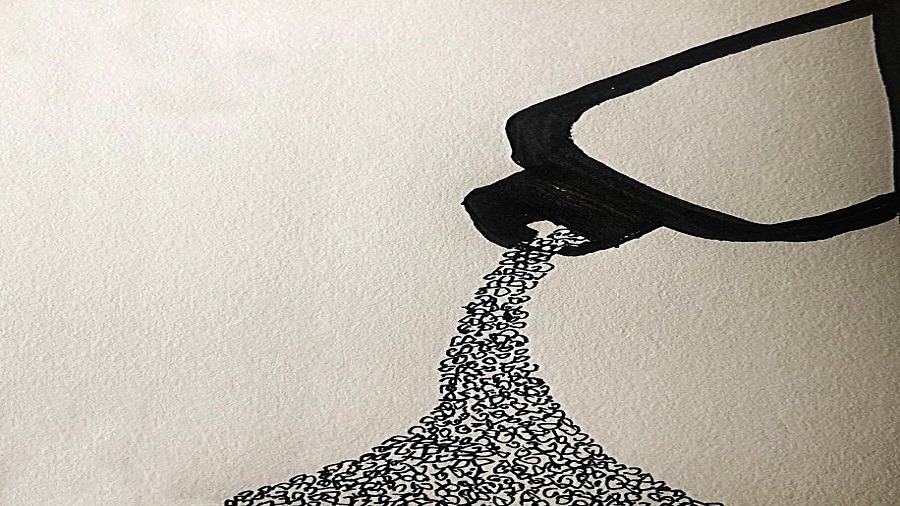 God knows why I actually believed it to be a good thing. I would, believe you me, actually like it. I merrily kept its company and it seemed to have no complains about me. It was all over me. And I was loving it. Pure sweetness it was. Chini. Chini here, Chini there, Chini everywhere. You know what I mean, it was sweet. Everything was sweet. Everyone was loving how sweet it was. The sweeter it got, the more they loved it. Chini-Chini Chai-Chai! Chini and Chai; what a combination we made. And then they made some sort of a personal anthem of it, they loved it so much: Merrrraa naaam chini-chini chu, chini-chini chu, or some such thing, I can’t be bothered to recall.

But no Chini in my chai, no, excuse me please. I’ve had enough. So much that, well you know, let me not even say it out loud. That thing has done me enough harm. And I see you have Chini tea sets too, I mean Chini Mitti tea sets. Oh the horrors. Chini Mitti! I wish we knew where it was.

I wish the Chinis knew where it was, Chini Mitti I mean. They don’t seem to. I mean Chini Mitti is on Chini side. Our mitti is on our side.

There is actually a difference between Chini Mitti and our mitti; with Chini Mitti you can make pots and cups and saucers, with our mitti you make bhaanrs. Get the difference? But who’s to tell them, make them understand? Chinis have enough Chini Mitti but now they seem to want our mitti as well. And they are forcibly taking it. Are they now manufacturing bhaanrs? Who knows? They may well be. Another indigenous enterprise gone. Now Chini bhaanrs. Cheaper. Well. Matters most, the price. No? Not when they are claiming our mitti? Oh, okay then. That is why I am telling you: no Chini, no Chini Mitti, and no Chini in Chini Mitti. Go Local, Be Bhocal. Say it out loud: no Chini.

But what will you say it on? There’s no, whatchmmmacallit, that thing anymore. You know what I mean, that thing on which you did all your song and dance: Chik-Chok. That was also Chini. It has been banned. It was a big security risk, it was allowing Eleven PongPing to listen in on what your wife did not cook for dinner. That sort of deep secrets, the kind you keep buried deep in your heart, the kind you do not even tell your wife about. Because. Because. Oh ri baba, simply because telling the wife what she did not cook for dinner would have consequences. Severe ones, you know that. Nothing one should be putting out in the public domain. But everything is in the public domain, even secrets about what is happening where our mitti meets Chini Mitti. It is all becoming Chini Mitti.

That is another reason I say no chini. It is mitti. You want to give me mitti? You want to put mitti in my tea? No. Flatly. No. I won’t have it. Not until it is no longer possible to say no because chini is so all over the place that it becomes untenable to not have chini. When you have to have it, you have to have it. Just enjoy having it. But till you can say no, keep saying no. No chini. Poison. It pretends this sweetness and it mixes itself into all things and it goes all over your body and does all sorts of things. Never heard of the harmful effects of chini? Wait. Let me introduce you to diabolites. Here, this is the beginning of your end: Diabolites. It is a chini thing. Sweet. Deadly.

I made the terrible error, I do have to say
I jumped up-down and cried ‘Chini, come!’
How was I to know they’d come all the way
And then say thank you, we’ll have some.

Mirror, Mirror On The Wall

We don’t Know What we Do know