The ugly Indian man: Of hygiene, hair and horrible habits 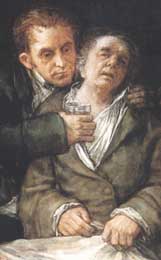 Some years ago, I was struck by the contrast between the beauty of Hindi film heroines and the ugliness of Hindi film heroes. After researching the matter, I concluded that the explanation was straightforward: leading men in Hindi films were ugly because they were Indian men, and Indian men were measurably uglier than Indian women. You don’t have to take my word for it: cursory surveys of marriages, morchas, classrooms, offices and homes will bear out this observation.

While my observation was accurate and the data I had gathered reliable, I made the mistake of attributing the ugliness of the Indian male to nature. I know now that Indian men aren’t born ugly: they achieve ugliness through practice. It is their habits and routines that make them ugly. If I was to be schematic, I’d argue that Indian men are ugly on account of the three Hs: hygiene, hair and horrible habits.

Let’s start with their extremities. Examine the nails of any Indian man: the cuticles will be yellow with haldi and the underside of the bitten-off tip will be spotty with accumulated dirt. When you think of where they put those nails, this is not surprising. I’ve seen respectable men conducting conversations with their index fingers two-digits deep in their nostrils, digging with industrial enthusiasm. If you ever see a desi man delicately rubbing the tip of his index finger over the pad of his thumb, beware. Don’t go near him: he’s rolling the bogies he’s mined into little balls.

He uses those same fingers to adjust himself in public. All Indian men do this, without exception. The refined ones do it furtively, but the majority do it openly without shame or embarrassment. A famous Indian batsman does this regularly with the butt end of his bat handle under the gaze of thousands of spectators. You can’t do this and be good-looking, you really can’t. You could be John Abraham (an exception to our ugly rule) and your looks wouldn’t survive this particular habit. And if it isn’t the thumb and forefinger, it’s the pinkie inserted into the ear and vibrated with manic vigour. This generally comes with eye-rolling and little oinks of pleasure. You’ll never see women doing this, only men. It’s an important route to ugliness.

The sounds they make are crucial to the unattractiveness of Indian men. For example, an Indian man with a cold will, in company, try to snort up the congestion and swallow it. He’ll do it over and over again, completely unaware of the revulsion it causes. When he eats, there’s another repertoire of sounds born of the fact that sub-continental men don’t keep their lips together while chewing. If you think this doesn’t apply to you because you do keep your mouth shut while processing food, you’re wrong. A second before swallowing, you part your lips and swipe your tongue over your palate, to juice the last taste out of the morsel, and you make a sucking noise. If you want to test this out, use grapes: they generate the slurpiest sounds.

But hair habits do even more to intensify the ugliness of Indian men than the sounds they involuntarily make. Statistically, some ninety per cent of all south Asian men wear moustaches, their masculinity seems to be critically dependent on this growth. I don’t mean the beard-cum-moustaches style which is respectable, but the standalone moustache. Even here, a bushy, Zapata-style moustache has something going for it, but the styles Indian men favour are a) the twirled moustache and b) the little trimmed one. The first makes its host ridiculous, the second makes him look like a harried clerk or, if the hair has been trimmed into a thin line, like a sexual predator.

Middle-aged men improve on this by dyeing their hair a radiant black then letting their roots show. Or, like General Musharraf, they will dye the hair on top of their heads but leave their side-burns grey because they think they’ve read somewhere that this makes them look distinguished. It doesn’t: it makes them look like unreliable car-dealers.

Indian men wear badly because they look into magic mirrors that hide the changes middle-age brings. For example, they don’t notice the hair growing out of their nostrils in little tufts and, consequently, don’t trim it. Even worse, the hair bristling out of their ears in great wiry jets is invisible to them because their narcissism is so complete, so proofed against reality, that what they see in the mirror is not their reflection but a favourite photograph taken twenty years and twenty kilos ago.

But speaking for myself, the oddest aspect of the Indian man is the things he’s willing to wear, and I’m not talking about his dress sense because that would need a book. I’m talking, for example, about the thick bands of rotting pink threads that north Indian men wear around their wrists. I’m sure there’s some respectable ritual reason for this that requires them to keep these threads on till they discolour and fall off, but why would you change your clothes every day if you’re willing to wear something that you sweat into for weeks?

Then there’s their keenness on necklaces. Not one, but as many as they can wear. Not content with doing this, they leave the top buttons of their shirts unbuttoned so you can see that tangled jumble of amulets and gold chains and lockets. Sreesanth and Ganguly wear so many that they look like shady trinket vendors.

Any inventory of the ways in which Indian men achieve ugliness has to include their relationship with rings. We’re not talking about nice rings, say a discreet wedding band, but cheap rings with coloured stones in tarnished silver settings worn on every finger of both hands, not excluding thumbs. Since the average Indian man’s fingers aren’t long and slender, the net effect is one of sausages banded with metal.

Why are Indian men like this? How do they achieve the bullet-proof unselfconsciousness that allows them to be so abandonedly ugly? I think it comes from a sense of entitlement that’s hard-wired into every male child that grows up in an Indian household. That, and the not unimportant fact that, despite the way they look, they’re always paired off with good-looking women.