The truth about liberalism 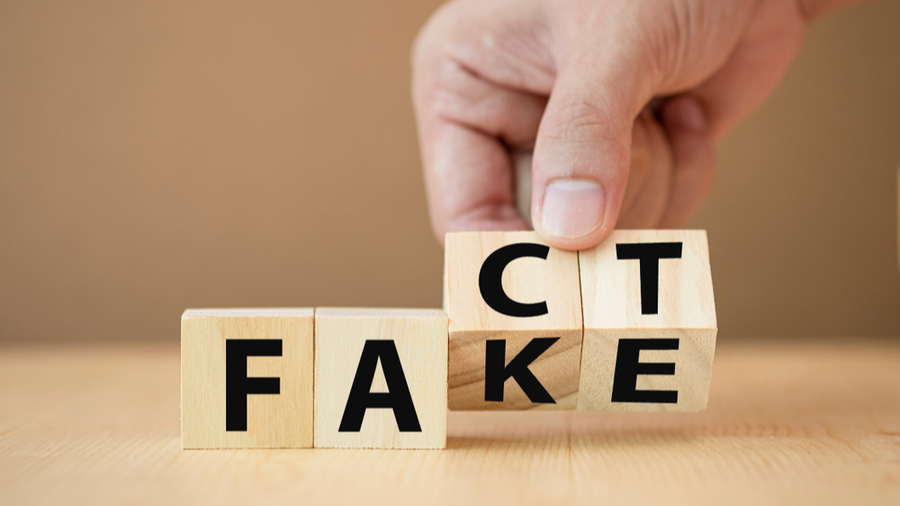 Is fact-checking of free expression internal or external to liberalism?
Shutterstock
A. Raghuramaraju   |   Published 03.08.20, 12:27 AM

The world of social media has, in recent times, seen a deluge of extreme instances of freedom of expression. This has given rise to the need for fact-checking to distinguish facts from false information. However, if J.S. Mill did not allow even the majority to delimit an individual’s freedom of expression — to avoid the ‘tyranny of the majority’ — how can facts be called on to delimit it? More importantly, is fact-checking of free expression internal or external to liberalism? I would like to argue that it is indeed intrinsic. If that is so, why was this not factored in earlier but is being considered only now? The answer to this lies in the huge chasm between studying liberalism and living it in our daily lives. Many ‘users’ of liberalism have not read much on the subject. The lack of knowledge is an orthodox trait that is opposed to modernity. Nevertheless, this trait has somehow crept into liberalism.

Those who practise religion may not know much about it; those who claim to be followers of Marxism may not have actually read Marx; and those who use liberal ideas may not have read Mill. Now ignorance in a religious worshipper may be pardonable; but it cannot be an excuse for the last two segments as they belong to modernity. To understand this conflict between the philosophy and its practical use, we need to revisit  liberalism.

Liberalism highlights the importance of the freedom of expression. But this freedom itself can push liberalism towards an extreme form of subjectivism, as is being increasingly seen on social media. Do I, for instance, have the right to express a statement that is not a fact? Let us consider the claim of Donald Trump regarding his conversation with Narendra Modi on India’s military stand-off with China — a claim that was proved to be patently false. Do I have a right to express my ideas freely even if they go against objective facts? If the answer is yes, then my unfettered freedom can lead to an extreme form of subjectivism, similar to the instances seen on social media. If the answer is no, then I am being denied my freedom. This leads to the possibility of an eventual breaking apart of freedom and objectivity. The alarming consequences of this should compel us to take help of objective facts and circumvent the negative aspects of the freedom of expression.

Mill, it must be admitted, is a votary of individual freedom and objectivism, as is evident in his book, A System of Logic: Ratiocinative and Inductive. These are two important aspects of liberalism. This saved him from lapsing into extreme subjectivism. Not recognizing this has led to recent distortions of liberalism in social media and on television. There is a variance between the modern uses of freedom and dissent and those by Mill. Many modern users of freedom strongly hold their belief to be true; consequently, they learn nothing from the opposite view. In contrast, modernity — liberalism in particular — rejects the very idea of ultimate truth and highlights the importance of objective inquiry. In fact, it did so even before Mill. Rousseau begins his famous book, The Social Contract, thus; “I mean to inquire...” Modernity, notably modern science, rejected Greek metaphysics and Christian theology for disregarding the importance of objective inquiry. They placed science at the altar of unverifiable beliefs, privileging universal truths like god, which are not, and cannot be, verified. Blind adherence to authority and beliefs not based on evidence rendered them static.

In contrast, modernity set out methods and procedures to rigorously ascertain objectivity and continuously work to falsify them. The programme of verificationism set by the Vienna Circle and the falsification principle proposed by Karl Popper are two sides of the same coin. They sought to establish facts that are objective and invariant. They institutionalized dissent and established that legitimate dissent is rewarded rather than punished. The burning alive of Giordano Bruno for supporting the Copernicus theory and the persecution of Galileo were behind this liberal initiative. Unlike the unquestioning acceptance of authority that was rewarded in classical times, it is disagreement supported by evidence that is encouraged in modern times. This institutional validity to critique current views upheld by liberalism is the result of the sacrifices of many who fought  against traditional authority.

Liberalism advocates individual freedom of expression not because individuals always uphold the truth but because there is a possibility that there may be a grain of truth in what they have to say, which might disprove an existing theory. Proven validity of a dissenter’s view is not accepted as an eternal truth. The view is accepted only till it is proved to be false or incorrect or is limited by another theory. Meanwhile, the job of the community is to constantly either verify or falsify existing theories. This ensures that no theory is considered universally true. It also ensures the continuous exercising of objectivity. According to this reading of liberalism, the purpose of dissent or freedom of expression is not to aggrandize the individual’s view and assign a truth value to it, but to continually improve on the objectivity of tentative truths.

Let us compare this liberal position to the contemporary uses of freedom of expression, particularly in the public domain of politics, television or social media. How many people in these spheres today accept that their views may not be true? Do we find any openness towards other’s point of view? Is there a willingness to learn by way of inquiry, or merely a desire to reinforce their pre-existing views? More importantly, is there any change in the nature and status of their view before the discussion and after? The presence or absence of change indicates whether there has been any growth of knowledge — a core provision of liberalism. The lack of willingness to question and learn will only lead to the abuse of sophisticated technological services like social media, making a mockery of the achievements of the brilliant scientists who made these available to us. In the midst of this rampant misuse, the ghosts of Bruno and Galileo might walk into TV newsrooms like Guru Dutt in Pyaasa and lisp the reverberating lines of Sahir Ludhianvi in S.D. Burman’s composition — “Jala do isey phoonk daalo yeh vignan… Mere saamne se hata lo yeh vignan… yeh vignan agar mil bhi jaaye to kya hai.”