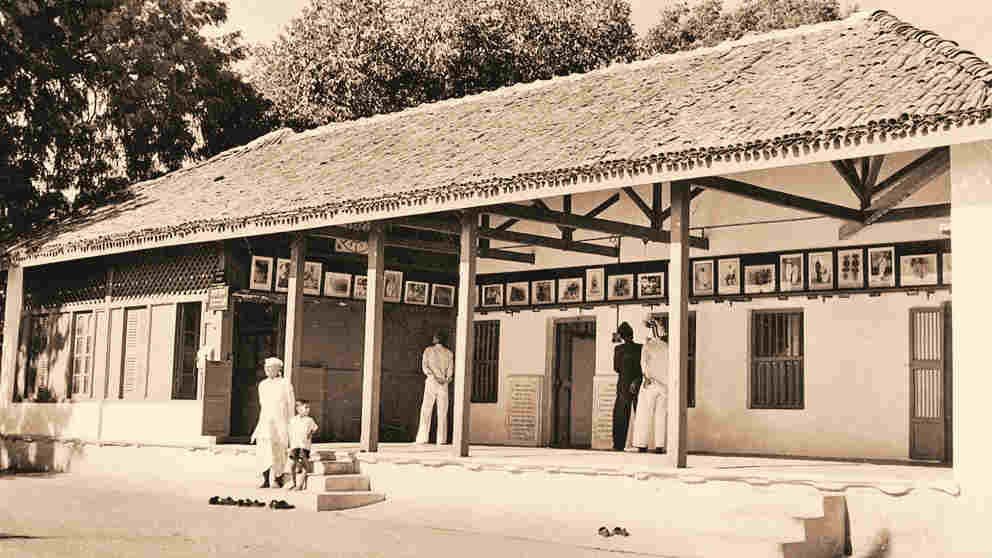 All momentous events in history emerge in silence, and to silence they return. August 2021 compels one to think of many silences and many momentous events of a century ago — 1920-21 — which made India what it is. That juncture in Indian history was crowded with happenings, some with large contemporary significance, others that had lasting historical impact. The Mopla uprising in August 1920 cannot be forgotten even today. The country has still to fully adjust to the idea of being a diverse society. The creation of the Tata Steel Technology Institute at Jamshedpur in the same year marked the definitive beginning of India’s era of industrial urbanism. Steel has been the backbone of the culture of modernity. The ban on Kanajibhai Rathod’s film of 1921, Bhakta Vidur, produced for the Kohinoor Film Company, is as noteworthy a memory as is V. Shantaram being launched as lead actor playing Krishna in Baburao Painter’s film, Surekha Haran. The celluloid dreams relished by the collective called India have no match in representing the history of desire called the nation. The two silent movies began — in literal silence — the push and the pull of that desire, taking the country back to myth and forward to modernity at the same time.

However, in the world of the 1920-21 period, terribly transformed by the long war of 1914-1918 outside India and a rapidly growing unrest within, a far more momentous event was the launch of Dr Bhimrao Ambedkar’s Mooknayak, a publication brought out with the financial help of the progressive prince of Kolhapur, Shahu, as ‘alternative media’ since major dailies were not willing to publish articles by Dalits. Although it had a short run, it marked the beginning of the rights struggle of the marginalized. Three other silent beginnings deserve mention for the scale of their combined impact, all three invoking the ancient idea of the ashram as a space for transformation. The protagonists of these three initiatives, reminiscent of some Vedic rishis, came to be recognized by the world as Gurudev, Mahatma and Maharishi. The period of 1920-21 marks moments of great transformation for all three. Of the three — Rabindranath Tagore (1861-1941), M.K. Gandhi (1869-1947) and Aurobindo Ghosh (1872-1950) — the last was the youngest. Born on August 15, 75 years before 1947, he had played a leading role in the fight against British rule during the years after the Bengal Partition, had been charged with sedition and was jailed for a year before he turned his energy towards re-casting various schools of Indian philosophy as a vast challenge to the doctrinaire and orthodox view of god. After moving to Pondicherry, he wrote, with matchless energy, essays reinterpreting tradition, questioning every established authority on the subject and produced an amazing corpus of philosophical work. The essays were first published in his journal, Arya, and later brought together as books— The Life Divine, The Synthesis of Yoga, Essays on the Gita, The Secrets of the Veda, Hymns to the Mystic Fire, The Renaissance of India, The Human Cycle and Future Poetry. It was simply breathtaking, as philosophical work goes. In 1920, Sri Aurobindo chose to cease publication of Arya, and all but stopped writing in order to concentrate on his profoundly meditative epic, Savitri. He dedicated the next three decades of his life to bringing on the earth a higher consciousness through his yogic work for the transformation of the human race. Central to the task was a collective life, the ashram at Pondicherry.

Rabindranath Tagore, the earliest born of the three, by 1921 already a Nobel Laureate, world famous and respected in and outside India as a seer, inaugurated in December 1921 the Visva-Bharati, a radical place of learning and creativity, aimed at nurturing visva-manava — humans respectful of universal humanity. Like Sri Aurobindo, Gurudev Tagore had taken a plunge into experimenting for the sake of the world, not just for one set of people, for one nation. The ashrams — at Pondicherry and at Santiniketan — were laboratories in which a new thought for the world was being worked out.

Even more radical was the self-transformation that Gandhi sought. If one compares his photographs of June 1921 and those of September 1921, one notices that the images look completely different. In June, he was dressed in the traditional Kathiawari style; in September, he had taken to a simple loin-cloth and had no cap on his fully shaven head. By August 1920, the era of Lal-Bal-Pal — Lala Lajpat Rai, Bal Gangadhar Tilak and Bipin Chandra Pal — had come to an end with the death of Tilak. M.K. Gandhi rose in that vacuum like a tornado, touring all parts of India and bringing together factional groups of the Congress, inspiring the youth to form the Seva Dal, involving Muslims, Hindus and Christians in the national independence struggle. He established in October 1920 the Gujarat Vidyapeeth, a university for fearless community workers; and in December 1921, he took up the reins of the Congress at its Calcutta session.

The rest is history. These were the early years of Gandhi’s ashram life in India. Initially he had set up one at Kochrab, which was later moved to the Sabarmati bank, a short distance from the city of Ahmedabad. Named the Satyagraha Ashram at first, Gandhi’s ashram by the riverside came to be known as the Sabarmati Ashram (picture). The élan vital, the life-energy of the Mahatma who marched to Dandi a decade later, shaking the foundations of the British empire, had been built up in the environ, principles and the simplicity of the ashram. The story of the three ashrams is a large part of our history, whether we choose to remember it or forget it.

In 2021, the Sabarmati Ashram is facing a serious threat of being turned into a ‘world-class tourist attraction’. An amount of Rs 1,200 crore has been pledged by the government to accomplish this. The architect entrusted with the controversial Central Vista has been commissioned to modernize the ashram campus. Gandhi was and will remain ‘world class’ because of his utter simplicity. The same simplicity marked the ashram when he created it. The proposed VIP guest house and auditorium can, at best, make us forget Gandhi and his simplicity. In all appearance, the Sabarmati Ashram makeover plans are aimed at inducing amnesia, not remembrance of Gandhi’s ideas and courage. Nothing else can be expected of a regime that is overly busy telling us through its information factories to forget all about our freedom struggle, the freedom of mind that Tagore celebrated and the freedom of spirit of Sri Aurobindo’s vision.