The responsibility of transferring power

Maintaining prestige implies a compulsion to show that withdrawal is orderly, negotiated and agreed upon by all parties 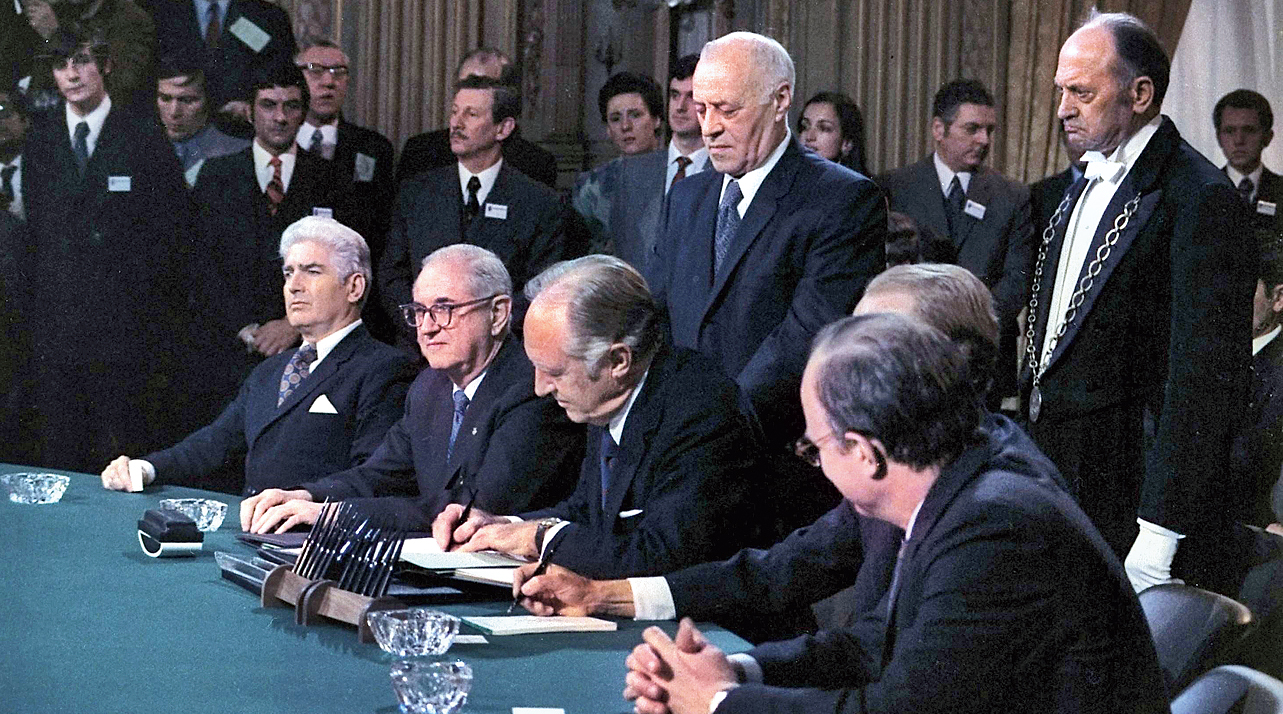 History from the perspective of great powers is different, and especially so in the case of departing great powers. Wavell, the penultimate British viceroy in India, sought parallels in history on the aftermath of empire: “I have been trying to find out something about the Roman evacuation of Britain and the state of the country afterwards,” he wrote in his diary in August 1944. Tacitus, the Roman historian, also chronicled imperial legacies and observed: “And when in their wake nothing remains but a desert, they call that peace.” Empires are obsessive about how future generations will view them and the British were no different. To establish that their evacuation from India was smooth and orderly in the worst of circumstances was the motivation behind the massive 12-volume series of documents entitled “The Transfer of Power”, which appeared over a decade beginning from 1972 — the silver jubilee year of British departure from India.

Around the time the first of the “Transfer of Power” volumes appeared, another attempt at putting a veneer of order over great power evacuation was being attempted. The Paris Peace Agreement of 1973 (picture) seemingly ended the war in Indo-China. The parties to the Paris Agreement were the government of South Vietnam, the provisional government of South Vietnam or the National Liberation Front apart from the United States of America and North Vietnam. The actual negotiations, largely secret, were limited to the latter two, and the South Vietnam government was part bullied and part cajoled into accepting what the US had agreed to. Henry Kissinger and the North Vietnamese negotiator, Le Duc Tho, were awarded the Nobel peace prize for 1973. Le Duc refused to accept the prize on the grounds that peace had not yet been established.

If the Paris Peace Agreement and the award of the Nobel to Kissinger presented an orderly end to conflict and the triumph of diplomacy, this was quickly exposed for the failure that it was. Its final dénouement, however, came about not because of a dramatic change on the ground but because Richard Nixon’s presidency collapsed and the US cut off aid to South Vietnam. The US’s Indo-China trauma reached its climax with a humiliating scramble of its embassy personnel out of South Vietnam in April 1975. The North Vietnamese army quickly undid the partition of Vietnam that had emerged out of another colonial war two decades earlier waged by the French. The US’s humiliating exit also contributed to its Vietnam syndrome which acquired a centrality in its discourse on foreign interventions.

Afghanistan, like Vietnam, has been the graveyard of more than one empire, but each imperial undertaking has striking points of similarity at the end, that is, when the great interveners evacuate or withdraw. The Soviets, too, had attempted to negotiate an orderly withdrawal from Afghanistan and what had been its longest military engagement beginning in 1979. As the realities of an ‘unwinnable’ conflict sunk in, the president then, Mikhail Gorbachev announced in December 1987 that the Soviet Union would withdraw all its forces from Afghanistan within a year. This spurred the ongoing negotiations in Geneva under the United Nations to conclude an agreement to bring about a withdrawal of Soviet troops and secure a new dispensation in Afghanistan. Withdrawal and Afghanistan’s future political architecture were seemingly to be accomplished together but all parties to the negotiation were clear in their minds that the only priority was, in fact, withdrawal. For Pakistan, a key player, the objective was clear — give the Soviet Union a face-saving way out of Afghanistan rather than humiliate a great power further.

The Geneva Accord of 1988 had much in common with the Paris Agreement of 1973 and, in particular, the presence of both real and proxy powers in the signatories. The main signatories were the governments of Pakistan and Afghanistan; the US and the Union of Soviet Socialist Republics were guarantors. However, both Pakistan and the US premised their signature on the understanding that it did not imply recognition of the other signatory — that is, the government of Afghanistan. The last act of this phase of Afghan history was in 1992 and followed a similar trajectory to that in Vietnam. Kabul was overrun and the Soviet ally, the then president, Najibullah, found himself abandoned with the USSR itself in terminal crisis.

The parallels with the current US-Taliban negotiation are self-evident. After having engaged in what has become its longest military engagement, the US is now seeking a negotiated, orderly withdrawal from what is evidently an unwinnable war. Much like the Kissinger-Le Duc Tho negotiation, this is a two-way negotiation but with the third principal party, the present government of Afghanistan, not in the loop. The then president of South Vietnam had summed up the US negotiating stance leading up to the Paris Agreement: “Kissinger treats both Vietnams as adversaries... does not distinguish between South Vietnam as an ally and North Vietnam as an enemy... When the Americans wanted to enter, we had no choice and now when they are ready to leave we have no choice.”

The terms of the 1973 Paris Agreement provided that while the South Vietnam government would remain in power, North Vietnamese forces would also remain in South Vietnam and their political front, the Provisional Revolutionary Government, was recognized. The principal reason for which the US had intervened — to safeguard South Vietnam — was obviously set aside.

The differences between the Vietnam war and the US and Soviet interventions in Afghanistan are of course many. The US troops’ presence in Vietnam at its maximum reached half a million and there were in all 58,000 American deaths. The US presence in Afghanistan, even at its peak, was far lower, at around 1,00,000 and the number of those killed around 3,000. Soviet forces at their peak in Afghanistan were at a level of 1,10,000 and they suffered in all around 15,000 fatalities. The consequences for the Vietnamese and for Afghans were, of course, horrendous and of a qualitatively different character — both squeezed between foreign troops and insurgents in a civil war.

Great power withdrawals have possibly, in the end, more to do with what is happening within the great power than the area where it asserted itself. Maintaining prestige implies a compulsion to show that withdrawal is orderly, negotiated and agreed upon by all parties. The truth of course was, and is, otherwise. The glossy version of history put out by the “Transfer of Power” volumes was, therefore, strongly contested by Indian historians. But the realities prevailing had been accurately summarized by Wavell himself in end 1946: “While the British are still legally and morally responsible for what happens in India, we have lost nearly all power to control events.” Much like the lament of the South Vietnam president, Nguiyen Van Thieu, Wavell wrote, “I have found His Majesty’s Government’s attitude to India negligent, hostile and contemptuous to a degree I had not anticipated.” His successor, Mountbatten, the last viceroy, recognized this too but also understood the need to convey to people back home that something meaningful was accomplished. Leaving with élan and flourish was therefore essential. The British historian, David Cannadine, thus summed up: Mountbatten played a losing hand with such “finesse, assurance and aplomb” that “reversal became advance, failure was really success and defeat was presented as a triumph”. These are the enigmas of great power exits.