The reign of unreason

Why authoritarianism is bad for science, but bigotry is even worse 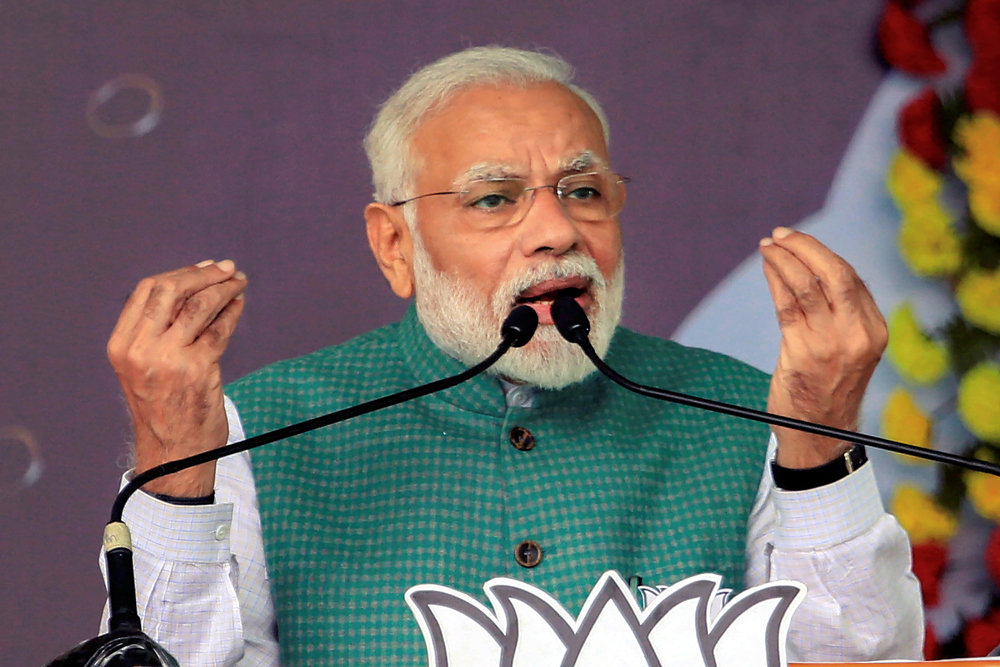 There have been many protests against the citizenship (amendment) bill (now Act), and there will be many more. This piece of legislation strikes at the heart of the Constitution, seeking to make India another country altogether. It is thus that so many people from so many different walks of life have raised their voices against it.

Among these dissenting voices are Indian scientists, a normally apolitical community not known to organize collective campaigns of protest on matters of public interest. Some thousand-odd faculty members and doctoral students, working in our leading academic institutions, signed a petition against the bill as it was being presented in Parliament. Their petition stated — “The idea of India that emerged from the independence movement, and as enshrined in our constitution, is that of a country that aspires to treat people of all faiths equally. The use of religion as a criterion for citizenship in the proposed bill would mark a radical break with this history and would be inconsistent with the basic structure of the constitution. We fear, in particular, that the careful exclusion of Muslims from the ambit of the Bill will greatly strain the pluralistic fabric of the country.” The scientists asked for “the immediate withdrawal of this bill and as its replacement request for appropriate legislation that will address the concerns of refugees and minorities in a non-discriminatory manner.”

The signatories to the petition included several Fellows of the Royal Society (the most prestigious scientific body in the world, of which only a handful of Indians are members), Directors of our few world-class research institutes, and Professors and PhD scholars from all the Indian Institutes of Technology.

Although himself a historian, this writer comes from a family of scientists. In my own research career, I have had the privilege of working closely, and over a period of 35 years, with some of the finest minds in Indian science. From this experience, I can say that the statement is unprecedented. For these are not JNU jholawalas or human rights activists or left-leaning creative artists, who organize and participate in signature campaigns with unfailing regularity. That so many scientists, respected and established as well as talented and emerging, have come together to protest about a law in public is very striking indeed.

Notably, the signatories have got support from someone who is arguably the most distinguished scientist of Indian-origin now alive, the Nobel laureate, Venkatraman (Venki) Ramakrishnan. He points out that discrimination based on religion is bad for science as well as for society. For “academics want an environment in which everybody is recognised based on their talent without prejudice, any discrimination, because science works best when everyone with the ability is allowed to contribute.”

In recent years, Professor Ramakrishnan has been coming regularly to the country where he was born and raised (and where he took his first degree, at the once excellent, now moribund, M.S. University of Baroda). He travels to India every year, gives talks across the country, attends conferences, and speaks to Indians of all ages and backgrounds. It is on the basis of this first-hand knowledge that he says: “Young people in India are very enterprising, working under difficult circumstances trying to do something, and what we don’t want is to be distracted from that mission of nation-building by creating divisions within the country.”

Like other scientists of distinction, Venki Ramakrishnan focuses on his research, and does not often venture into public debates. But, as he puts it, in this case, “I decided to speak out because although I live abroad I am extremely fond of India. I always think of India as representing a great tolerant ideal and I also want India to succeed.” He added: “I felt very strongly that telling 200 million people that ‘Look, your religion doesn’t actually have the same status as all the others’ is a very divisive message to the country.”

Already, top scientists working in India are dismayed at the ignorant falsehoods uttered on public platforms by our HRD minister (and our S&T minister too). They worry about the increasing political interference in appointments to important posts. The Citizenship (Amendment) Act will confirm their fears that the climate for independent, original, scientific research will further shrink.

The country that has the best scientific infrastructure and the best scientists is the United States of America. That distinction once belonged to Germany. In his interview to The Telegraph, Venki Ramakrishnan notes: “Countries that have ideologies on science have ended up destroying their science. Essentially, German science took 50 years to recover from Hitler.” He could have added that Germany’s loss was American’s gain. For many of the best German scientists migrated to America, because of Hitler’s policies.

For science to truly flourish, a country must have a strong economic base; it must have State support for science; and the political climate must promote democracy and pluralism. America has all three of these things in abundance. India is struggling to nurture each one of them. Economic growth is stuttering because of the Narendra Modi government’s policies. The Modi government is deeply anti-intellectual. Now, with the passing of the CAA, democracy and pluralism are under threat as well. It is thus that these Indian scientists have taken the unprecedented step of a collective protest.

In the 1970s, Indian science was far ahead of Chinese science. Now it is far behind. This is because the Chinese economy has grown much faster, and because in recent decades the Chinese State has actively promoted modern scientific research. Those who run Chinese science do not believe that Chinese scientists should take their clues from ancient Chinese thought. Xi Jinping would never consider appointing, as his ministers for education, the sort of incompetent individuals that Modi has. That is because — unlike Modi and the Bharatiya Janata Party — Xi and the Chinese communist party understand that in the 21st century a country’s economic and political future depends vitally on the quality and autonomy of its scientific institutions.

In the 1950s and the 1960s, many Indian scientists trained overseas came back to our country to work. They were animated by idealism, the desire to help in building a free and independent India. But they were also reassured by the political climate — our first prime minister, Jawaharlal Nehru, was committed to democracy and pluralism, and to modern science.

In later years, too, a fair number of scientists educated abroad returned to India. Although the attractions of life in the West were enormous, there were now a chain of fine scientific institutes within India that allowed one to do original research. Many of my own contemporaries did PhDs in Ivy League universities, and could easily have got jobs in Ivy League universities themselves. Yet they came back. But will their students?

Young Indian scientists now see Union ministers and even their prime minister claiming ancient Hindus knew how to produce test-tube babies, and design and fly aeroplanes. They see the Central government disregard the advice of expert scientific committees and seek to appoint Rashtriya Swayamsevak Sangh loyalists as vice-chancellors and directors of our best universities and research institutes. They see the police vandalize university libraries, something that never happened even under the British raj. If an opportunity comes to pursue their career in a country more conducive to scientific research, why would they stay in India?

One of the consequences of the CAA (and of Hindutva majoritarianism in general) will be that the brain drain will accelerate. Fewer and fewer Indian scientists educated abroad will want to come back to a land so strongly marked by sectarian prejudice. India’s loss will be America’s gain.

The short (and medium) term prospects for Indian science are bleak. Nonetheless, one must be grateful that so many of our scientists have protested against a piece of legislation that is so manifestly discriminatory. A government that cares for the future of the country should listen to the best minds in Indian science. The Modi government will not, for it is both philistine and bigoted. However, history will vindicate the scientists. India needed them to speak out, and they did.