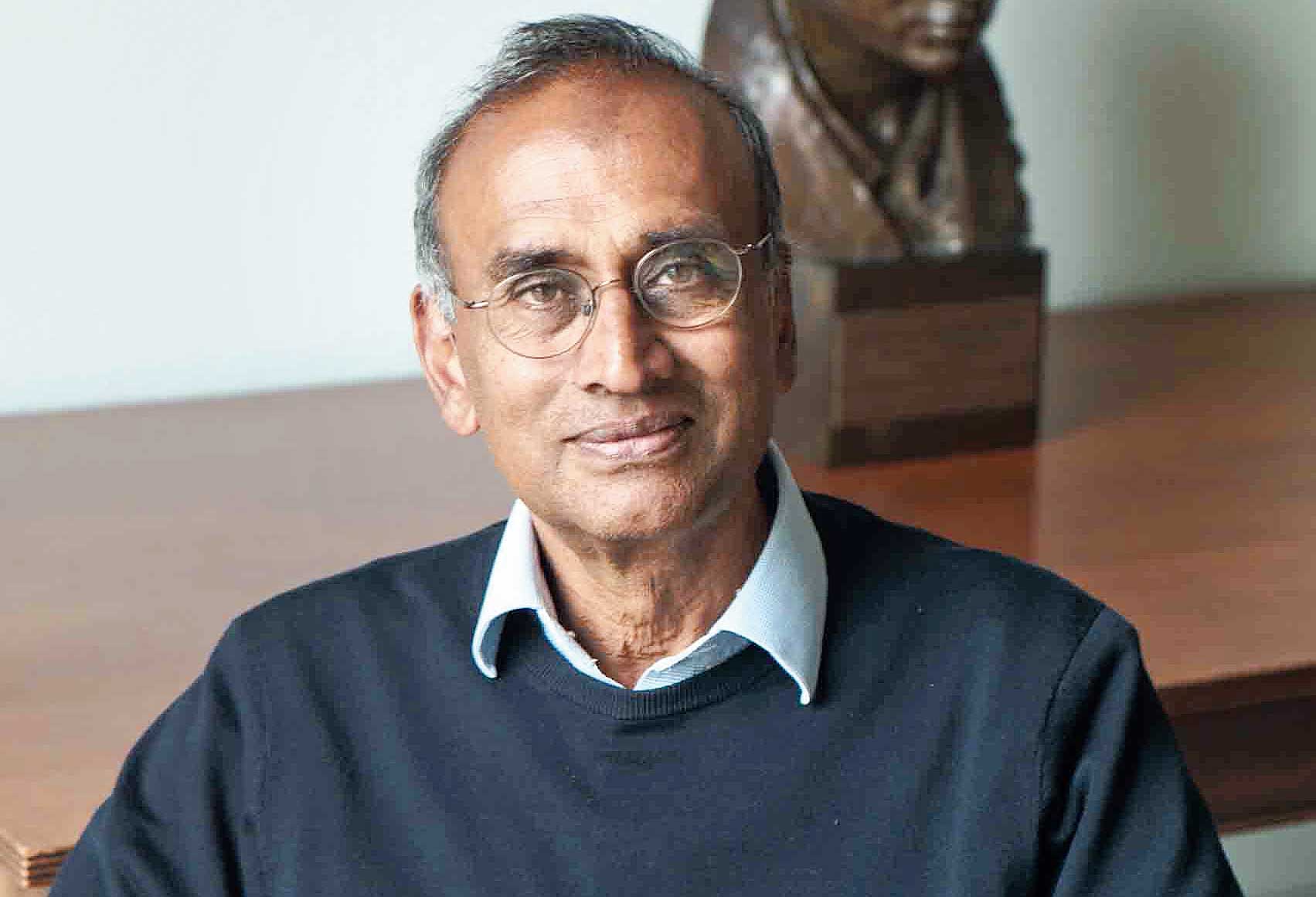 Venkatraman Ramakrishnan at the Royal Society with a bust of Srinivasa Ramanujan in the background.
Telegraph file picture
Amit Roy   |   London   |   Published 10.12.19, 08:51 PM

Sir Venkatraman Ramakrishnan, Nobel Laureate and president of the Royal Society, the prestigious body whose members include the world’s top scientists, has given an exclusive interview to The Telegraph strongly condemning the Citizenship (Amendment) Bill that makes religion a factor in citizenship.

He said he would not personally sign the petition organised by “a group of Indian scientists and scholars” because he felt that should only be done by citizens of India, but he wanted to express his deep concern that “India is taking a wrong turn”. “Venki”, as he is popularly known, is a dual American-UK national.

He explained: “Young people in India are very enterprising, working under difficult circumstances trying to do something, and what we don’t want is to be distracted from that mission of nation-building by creating divisions within the country.

“I felt very strongly that telling 200 million people that ‘Look, your religion doesn’t actually have the same status as all the others’ is a very divisive message to the country.”

Venki is based at Cambridge University at the Laboratory for Molecular Biology but spends part of the week at the headquarters of the Royal Society in London.

He stressed the strengths of the Indian Constitution: “India decided consciously to be a secular democracy that did not favour any particular religion. That is the basis of India and that is why we have 200 million Muslims in India whereas Pakistani has hardly any (non-Muslims). One per cent of Pakistan is (non-Muslim).”

He continued: “So we are not Pakistan. We are different in that we are secular. I shouldn’t say ‘we’ — I should say ‘India’. So, that’s an ideal — it says that everybody is tolerated. The other thing about the Indian Constitution is that it is unique in (promoting) the scientific temperament…. The scientific temperament means that you look at things based on the evidence, you don’t discriminate on the basis of things (like religion) and so on.”

He offered his personal opinion: “Any sensible court would probably find it (the bill) unconstitutional. That’s my naïve view. I am not a legal expert.”

Asked if scientists and academics had a special responsibility, he responded: “I think academics want an environment in which everybody is recognised based on their talent without prejudice, any discrimination, because science works best when everyone with the ability is allowed to contribute.

“Countries that have ideologies on science have ended up destroying their science. You can see that in Nazi Germany. Essentially, German science took 50 years to recover from Hitler.

“You can also see that in the Soviet Union where communist ideology was used to oppose genetics. And Soviet biology fell decades behind because of that.

“So scientists, particularly, are sensitive to the imposition of ideology and prejudice on the national sphere because it does affect the environment in which they work.”

Venki agreed that he had repeatedly made similar points about the consequences of a hard Brexit for the UK: “Yes, absolutely. Nationalism and xenophobia are not special to any country. The whole world seems to be infected with this disease right now.”

“We have made it very, very clear that British science flourishes because it is open, it is international, it does not discriminate.

“For example, there is a big movement to have women and more ethnic minorities in science. And that is because it is good for science to have as much talent from as wide a section of the population as possible. The same thing applies to people of different religious backgrounds.”

Explaining why he had decided to express support for the petition, Venki said: “I did not want to sign this petition because I believe you should be an Indian citizen to sign an official petition pertaining to the laws of India. I left India in 1971. What I am doing is speaking out as a scientist who is internationally known but also a scientist who came from India.

“I owe a great deal to India because I received scholarships there, I was taught there, I have great affection for India and I want India to succeed. And I see the country being bogged down by these sorts of completely unnecessary divisions, which are the result of a group of very hardened ideologues trying to impose their view on the rest — on all of India. It is very easy to stir up popular opinion — it is very easy…. We have seen that in the case of demagogues everywhere, historically as well as today.

“What is harder is to build a harmonious society and that is what will serve India best in the long term.”