DELHI DIARIES: Why Congress letter writers are feeling hurt and Anna is saying no 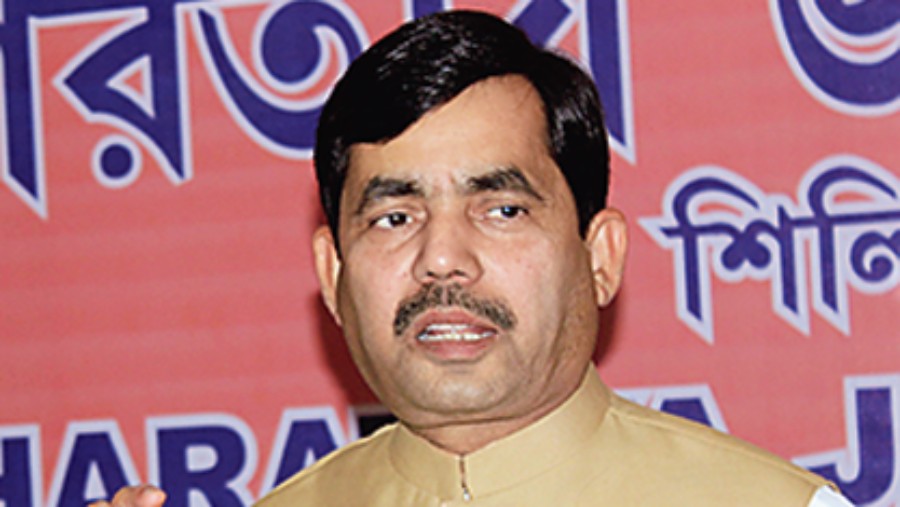 Earlier this week, the Bharatiya Janata Party fielded its spokesperson, Syed Zafar Islam, as a Rajya Sabha candidate from Uttar Pradesh. Islam, whose election is certain, would be the fourth Muslim face of the saffron party in the upper House. The BJP has no Muslim face in the Lok Sabha despite having a brute majority. Islam, however, was not selected to refute charges that the BJP discriminates against Muslims. Islam, who has been a prominent defender of the party on prime-time television debates since he joined the BJP in 2014, is said to have been rewarded for his role in luring away the Congress leader, Jyotiraditya Scindia, paving the way for the fall of the Kamal Nath government in Madhya Pradesh.

A former banker, Islam is known to have tapped into Scindia’s frustration with the Congress leadership. Even if the BJP does not care about the votes of Muslims, it needs people like Islam to defend its Hindutva agenda. The major elevation for the new face has put the focus on the plight of Syed Shahnawaz Hussain, who has spent all his political life in the saffron party. Once the celebrated young Muslim face of the BJP, who got a prominent place in the Atal Bihari Vajpayee government, Hussain has been pushed to the margins under the current regime. Hussain, too, comes on TV regularly to speak aggressively in favour of the party and the government, but has so far failed to please the bosses.

The now infamous group of 23 Congress leaders who wrote a letter to Sonia Gandhi asking for drastic changes to check the drift in the party after two debilitating defeats has been attacked and abused from all sides. If the Lakhimpur Kheri district unit in Uttar Pradesh passed a resolution against Jitin Prasada, a signatory to the letter, a minister from Maharashtra, Sunil Kedar, issued threats that he would not allow these leaders to roam freely within the state.

But the dissenting leaders believe such rants are natural in any party in times of crisis. What anguished them deeply was the conduct of two veterans — AK Antony and Ambika Soni — as they launched an unabashed attack on the letter writers at the Congress Working Committee meeting. One senior leader from the group said, “Antony contemptuously said — ‘cruel, cruel’ — and accused us of betrayal when Sonia was unwell. All of us felt hurt by his attitude. We have been colleagues for decades and there should be some understanding between us, at least on what our commitments to the party are.” Another leader said, “We wanted to write another letter pointing out what Antony and Ambika’s credentials are. Antony pulled down the Congress government in Kerala when Indira Gandhi was being prosecuted and campaigned against her in the election. Ambika gave filthy abuses to Indiraji, which we can’t even mention as they are unprintable. But we avoided it as it will create more bitterness. And they are calling us traitors? We have not uttered a word against Indiraji or Rajivji or even Soniaji in our long careers. But one day we will point out that some leaders got undue respect in the party, without any worth, without any contribution to the party.” Many pointed out that senior leaders like Manmohan Singh and P Chidambaram were not happy with the letter episode either but they showed the maturity of not questioning their intentions.

The anti-corruption activist, Anna Hazare, refused an invitation from Adesh Gupta, the BJP Delhi unit chief, to join an agitation against alleged corruption by the ruling Aam Aadmi Party. The AAP leader and Delhi chief minister, Arvind Kejriwal, had parted ways with Hazare in 2012 over the formation of a party after a movement against corruption of which the elderly Maharashtrian leader had become the mascot. Since then, Hazare’s statements have been seen by many as tacit support for the BJP. In his reply to Gupta, however, Hazare tried to rid himself of the taint. He wrote, “What could be more unfortunate than leaders of a party, which has youth cadres in big number and claims to have highest number of members in the world, urging an 83-year-old fakir (monk) like Anna Hazare who resides in a temple’s 10X12 feet room and has no asset and power, to join in its protest... In 2014, your party showed dreams of a ‘corruption-free’ India and came to power, but peoples’ life has not improved [sic].”

The defence ministry’s media wing is said to have ordered an inquiry into the alleged lapses which resulted in the uploading of an official document on the ministry’s website earlier this month, acknowledging China’s “transgression” into eastern Ladakh. Sources said the internal probe was launched to ascertain whether the move was deliberate or a “human error”. The ministry quietly removed the document from the website the day after as it triggered a controversy, leaving the top military brass red-faced. It was the first government document to admit to Chinese intrusion across the Line of Actual Control in early May, which snowballed into a clash in the Galwan Valley on June 15, leading to the death of 20 Indian soldiers. It also contradicted the assertion of the prime minister, Narendra Modi, on June 19 that no one had entered Indian territory or captured any Indian post.

Recently, Tipu Sultan came to haunt the BJP in Karnataka. Just when everyone was focused on Covid-19, came a torpedo from AH Vishwanath, a former Janata Dal (Secular) state president who defected to the BJP last year, and was rewarded with a legislative council seat. “Tipu is a son of the soil”, stated Vishwanath, urging students to read everyone from Tipu to Gandhi. Confused about whether to ignore his words or risk an internal issue by chiding him, the party decided to distance itself from Vishwanath’s comments.

It is no secret that the Karnataka state Congress president, DK Shivakumar, has high ambitions. But to become chief minister, he is allegedly trying astrological solutions. On the advice of his personal astrologer, Shivakumar is said to have painted his house white, and is in the process of repainting it and ‘vastu-correcting’ his office to clear all obstructions in the path to the chief minister’s chair. The joke in party circles is that he does not have to change his attire since they are all snow white.