The pathology of protest

People, nation, citizens and the foundation of shared but unstated ideas 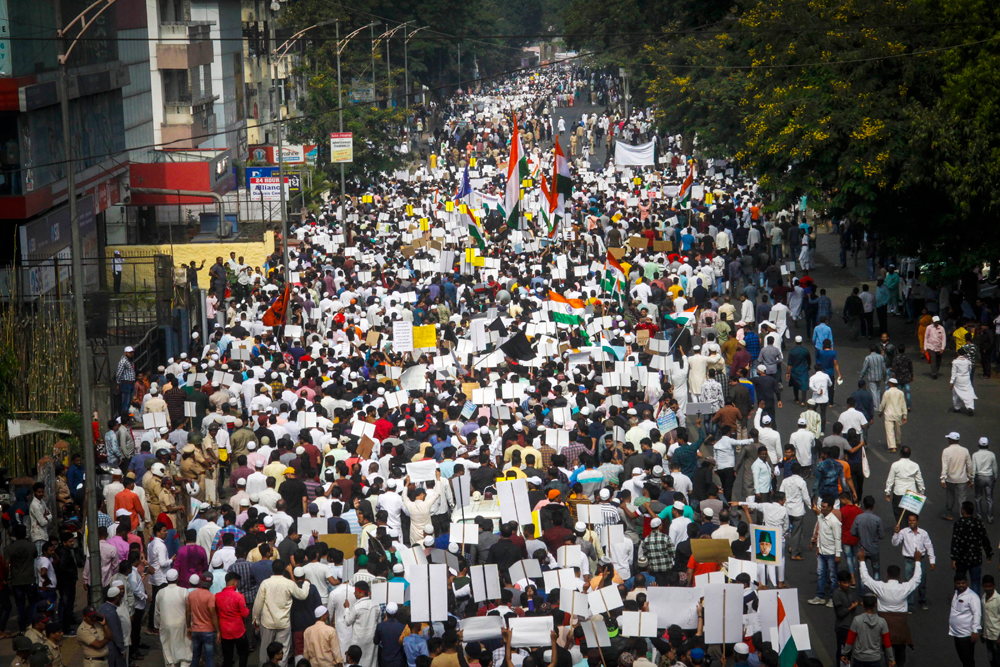 The history of how people came to be citizens through a slow process of social evolution stretches over the entire period for which the Homo sapiens have been in existence. If not quite from the beginning of the species, it can be traced back to the times when language was developed by humans for forming communities. The ability to articulate thought through speech made it possible to build what philosophers may describe as ‘phenomenological communities’. These were groups that lived by a set of long-settled assumptions, no matter what that set included, and built upon that a foundation network of relations, cognitive superstructures and emotive responses. These differed from group to group and community to community; and every community kept on changing from one era to another. But the fact remained that the social formations continued to keep their togetherness by resting more on the unstated, though shared, rather than on the more visible, openly stated ideas, concepts, assumptions and expectations. The shared but the unstated provide the foundation for a given group of Homo sapiens that has acquired the features of being ‘people’.

For a long time, the term, ‘nation’ (arising out of nativity), was almost, if not entirely, the synonym for ‘people’. The idea of nation emerged out of the realization that humans are primarily territorial and that land determines for humans a lot more than they want it to. Thus, people seen in relation to their land or territory came to be seen as ‘nation’. One sense of the term, ‘nation’, was, in its initial form, ‘conditioned people’. Yet, due to the growing complexities of economic exchange, division of labour and security of the individual members of communities, humans accepted to be nations. That process took several thousand years to be completed.

The nature of the bonding between individuals and nations, the ‘social contract’ as Rousseau called it, implied that people would gradually be made to submit to their nation and accept to be ‘citizens’. Citizens are expected to be safeguarded by the nation against various forms of explicit aggression or implicit violence. In return, they surrender to the nation monopolistic rights over causing or controlling violence. Not that all nations manage to do this well for all of the citizens and for all of the times. Yet, safeguarding came to be the cornerstone in this relationship of mutual obligation. As it has happened, with many forms of culture — that is, all that is not of nature — various forms of bondage often sublimate themselves and assume the order of decorum, aesthetic and the normal. That sublimation, the idea of nation has attained over the last two centuries.

Given this historical process that made citizens out of people, it is natural for us to believe that once they are reduced to being citizen, humans will forever continue as citizens. However, when placed under immense psychological stress, citizens can return to their original bondless form and become people. These moments of rediscovery of their selfhood mark really significant turns in history. One such was when we accepted to rank the formulation, “We, the people of India... that is Bharat...”, which inaugurates the Constitution as the most sacred words for India’s democracy. The expression has sunk deep into the innermost recesses of the mind of every Indian citizen. To separate it from their consciousness shall never be possible. The event unfolding before us at present is, probably, another such moment. Though our proximity to it makes it difficult for us to recognize it as being such, the Citizenship (Amendment)Act has touched a raw nerve. Here is what happened.

The National Democratic Alliance was returned to power in May 2019 with an overwhelming majority. First, it split the united Jammu, Kashmir and Ladakh into three sub-states. Soon after came the Ayodhya judgment, setting aside the fact that the demolition of a centuries-old mosque was a crime. Weeks later a ‘clean chit’ was issued, absolving Narendra Modi of complicity in the 2002 Gujarat riots. And, finally, when the world was celebrating International Human Rights Day, the citizenship (amendment) bill was passed through the Lok Sabha, passed through the Rajya Sabha, quickly accepted by the president, and became the CAA. The speed with which these events were unleashed and the ruthlessness with which the citizenry was driven to accepting religious divide as the sthayi-bhava — essential feature — of the nation generated a reaction that the Modi-Shah regime had not experienced before.

First, several dozen public interest litigations were filed in the Supreme Court, never mind that the credibility of the judiciary is at its lowest. University campuses saw students and teachers rise up against the divisive acts of the government. Ordinary citizens, irrespective of their religious affiliation, gathered in protest meetings, processions and rallies. These were not what the BJP propaganda machine lampoons as the ‘tukde-tukde gang’ or ‘the Khan Market intellectuals’. They were ‘people’ from small and big towns and cities. The protest came up from all parts of the country. It is too much to expect that the ‘national’ media would capture the spread of the protest; but the story of the pervasive protest was being well reported in the local, minor press and on social media. State after state expressed their resolve to not implement the National Register of Citizens. Political parties followed the mass upsurge and held their own demonstrations and protests. As was to be expected, the State met the challenge by unleashing brutal police attacks on the protesters. Violence erupted and, sadly, many lives were lost.

Did all these spring up in opposing the Hindutva agenda of the Rashtriya Swayamsevak Sangh being implemented by the Bharatiya Janata Party? Probably not; because many of these had voted for the BJP just seven months back. Was the outrage related to the ‘blatantly unreasonable classification’ on which the CAA is based, confining the provision to immigrants from only some countries? Perhaps not. A similar exercise in the past by other governments was endorsed by legislators, parties and the country as a routine administrative arrangement. Was the backlash orchestrated by one or more political parties? One doubts if that was the case. Except for the poll-bound state of West Bengal and the NRC-wrecked Northeast, no other part of India had any immediate reason to do so. No single leader was leading the entire range of protests. Was the outrage a cumulative result of the economic situation of joblessness and lack of consumer demand? Quite likely not so. In fact, during the days of the turmoil, the capital market indicators had been steadily rising. Perhaps the stimulus was much less tangible than the roti-kapda-makan issues; and the response worked at the level of the Unconscious. The protest related neither to the economic nor to the political but to ‘the question of being people’.

The brute majority, the majoritarian orientation of the government, the J&K split, CAA and the anxiety of the NRC/NPR and the detention camps, together, have been coercively leading citizens to becoming ‘nation’. The terms, ‘nation’, ‘deshbhakti’ and ‘anti-national’, have been in the public discourse with a frequency as never before. The overdose of these terms and related sentiments seems to have stirred in the minds of the citizens the memory of their not being just nation but also being sub-nations. No political analyst will have missed the point that the winter of protest took away a large portion of legitimacy from the Central government and brought the Indian states a greater degree of legitimacy. Something more has happened. The NRC, asking citizens to become more tightly-welded citizens, pushed them to revisit their being people. The protest was not an Indian version of the Arab Spring or the Hong Kong protest. It was one that made Indians recall that ‘we, the people’ is the primary predicate of our identity. The people, who made a tryst with destiny beyond religion, language, ethnicity, spoke up. That is reason enough for the people of India to feel reassured.