Advertisement
Home / Opinion / The other Nehru 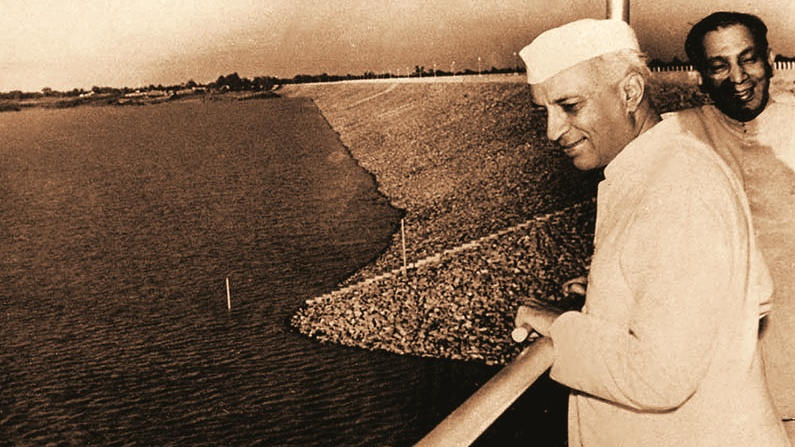 India and the world of the 21st century have moved beyond the ideas of Jawaharlal Nehru. Environmental writers and activists have been prominent critics of his development model. More than any other speech, the one on big dams extolling them as ‘temples of modern India’ stand out in public memory.

Critics of big dams point to the displacement and the loss of ecological amenity that have so often plagued large river valley schemes in India, Asia, and, indeed, much of the world. The loss of forest cover due to submergence and ecological degradation in the catchment areas became a major concern.

Part of the problem with these criticisms is the absence of context. The world in which Nehru served as prime minister was very different from our own. The early part of the century had seen major hydel projects that were of great symbolic importance and also held the promise of great public benefit.

The United States of America was admired the world over for the Tennessee Valley Authority that included a series of dams aimed at putting an end to floods in a key part of the Deep South of that country. It also generated hydropower and facilitated development in the wake of the Depression. Nehru was not alone in this. B.R. Ambedkar explicitly evoked this as a model for the Damodar valley in eastern India.

The other major power to emerge on the world stage, the Soviet Union, also advertised its mega engineering scheme with a great dam in 1937 on the river, Volga. For Stalin, such dams were a sign that socialism had come of age and could promise greater gains than anything the West had to offer. His successors expanded such works on the Don, the Dnieper and the Volga.

In the Indian case, the dams of Bhakra and Nangal were among the prized projects of the Nehru era. But there was a significant difference with the American and Soviet cases. India was not only a newly independent nation: it also had a broad consensus among its leaders that modern industry was imperative to defend its new-found freedoms.

By undertaking such projects as the dams on the Sutlej, Nehru and the Punjab government of Partap Singh Kairon were also conveying that Indians were capable of large civilian engineering projects. Begun in 1954, the scheme was completed by October 1963. These were dams built by the state electricity board just as the new planned city of Chandigarh was a project of the public works department.

The reference to the dam being equal to ‘a temple, a mosque or a gurudwara’ and the admiration it evokes had a subliminal message. Punjab had been torn apart in the carnage of Partition and this marked a new beginning. The evocation of religious places was to evoke a sense of reverence for a common project for the public good.

Quite apart from the symbolic as well as substantive gains of big dams, including irrigation water and power, there were signs of early debate about their ill effects. There had been a black flag demonstration by evacuees at the Hirakud dam site when Nehru visited it in 1946.

In Bengal, the engineer-author, Kapil Dev Bhattacharya, had argued that the gains of the Damodar valley schemes were overstated. He further wrote that the silt load was far greater than estimated and that the dams would wreak havoc on the fisheries downstream.

Large river valley projects were central to the project of nation-building in more than one country at the time. Work on Gamal Abdel Nasser’s Aswan dam commenced in 1960 and was the symbol of Egyptian pride. The Turks went ahead with the Atatürk dam on the Euphrates.

The historian, John R. McNeill, shows how the high point globally was in 1968 when a dam was being commissioned somewhere on earth every day.

Yet, there was another Jawaharlal Nehru, not the ardent champion of big projects but the healthy sceptic. The Discovery of India, written in Ahmednagar Fort during his three-year-long detention, offers a clue.

Published in 1946, the book has a section where he crucially assesses the impact of modern engineering structures on river valleys. Embankments on river basins blocked the flow of waters and worsened floods. These prevented the natural flow of water in the monsoon and exposed more villagers and townspeople to floods. These were a new feature of the era of British rule. Nehru was thus conscious of the double-edged effect of new technologies.

Most revealing are two letters he wrote to chief ministers in August and September 1957, respectively. This was just over three years after his speeches at the Bhakra and the Nangal dam sites in August 1954. Both are in Volume Four of Letters to Chief Ministers, 1954-57, published long ago in 1988. Interestingly, neither his admirers nor his critics seem to have paid much attention to these communications.

The first letter dated August 15, 1957, the tenth anniversary of India’s Independence, could have been penned by one of today’s critics and a paragraph deserves to be cited in extenso. “We have many large-scale river valley projects,” he wrote, “which are carefully worked out by our engineers. I wonder, however, how much thought is given before the project is launched, to having an ecological survey of the area and to find out what the effect would be on the drainage system or to the flora and fauna of that area. It would be desirable to have such an ecological survey of these areas before the project is launched and thus to avoid an imbalance of nature.”

Emphasis is added here and not in the original but it is notable that he was talking of ecological studies at the planning stage as part of a project, an idea that was to take shape only in the 1970s in the developed world and in India in the next decade. These words were penned in August of 1957.

The next letter of September 3 returned to the same theme of bunds and embankments on the flood plains he had taken up in his writings as early as 1946. There was a widespread demand for structures to avert floods but “every embankment or bund, while protecting one area, might lead to greater danger to another area”. Drainage was the key to flood control. Interventions were often a must but they ought to proceed “paying any attention to their effect on nature’s economy”.

Nehru favoured large projects as did all his successors as prime minister no matter of what political affiliation. Their gains are seen as outweighing costs. The first instances of ecological considerations leading to rethinking and scrapping of projects were in the 1970s and in 1980s — Silent Valley, Kerala or Bedthi Varahi, Karnataka. Nehru was engaging with these ideas long before any of this. What is important was his willingness to engage and rethink design features.

Some of his comments ring true to this day. He was not a heedless advocate of mega dams. On the contrary, he would be not out of place in the world of today.