Advertisement
Home / Opinion / What unites Indians is a love for songs

What unites Indians is a love for songs

Our historical memory privileges singers - such as Kabir, Mira, Nanak, and Akka Mahadevi - over other cultural icons 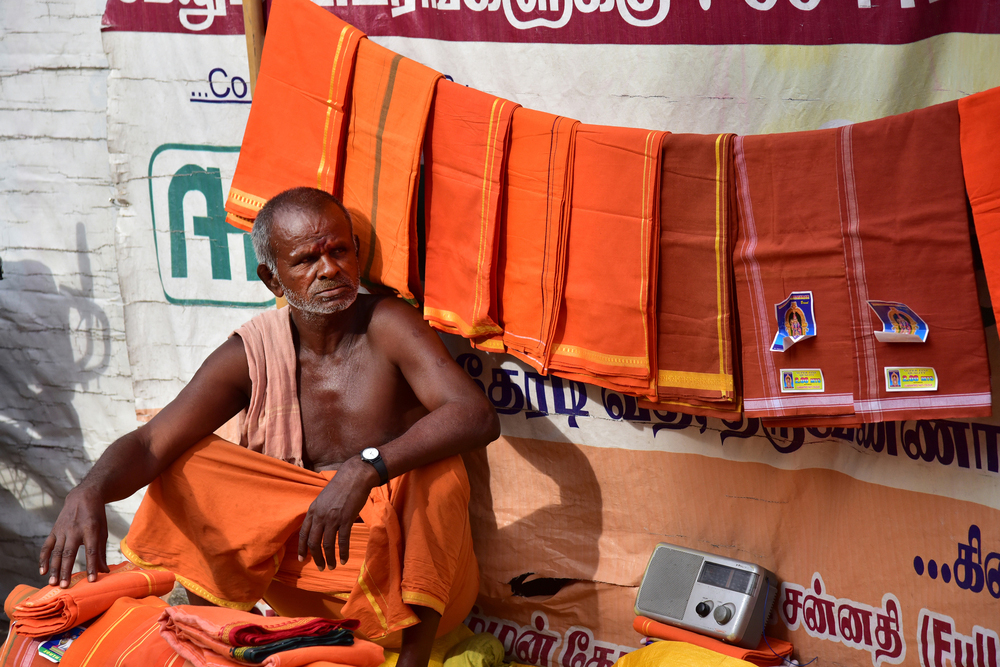 It should not be an exaggeration if one claims that in terms of the average citizen’s ability to recall a large number of songs and to hum them in however terrible a voice, India probably tops the world chart
Shutterstock
G.N. Devy   |   Published 01.11.19, 10:48 AM

When I was three or four years old, my father brought home a radio set. This was six decades ago. It was among the few radiograms that the village had by then, a proud possession for us and quite a public spectacle for the neighbours. I do not recall if the make was Marconi or Philips or some other. What I recall though is that, when it was installed and turned on, it played haunting musical numbers by K.L. Saigal, Hemanta Kumar Mukherjee, Khurshid and Talat Mahmood. Six decades later, I still recall with great clarity the sweet melodies I heard coming through the first radio programme I ever heard. Over these decades, I have been listening to the radio, almost entirely for the musical part of its broadcast. Of course, it was not the radio alone that brought songs to me. They came from older members of the family who used to hum while carrying out activities at home. They came to one during festivals and weddings and during ceremonies associated with welcoming new arrivals in the family. They came from wandering mendicants, bullock-cart drivers, farmers engrossed in sowing fields, women gathered to make pickles and spices, katha and kirtan performers and the sweetest among them came from mothers trying to put babies to sleep.

Later, much later, when I was in my thirties, I started working with adivasis in western India. Whenever our discussion revolved round their identity, they invariably alluded to the traditions of songs they had. By then, I had read plenty of Marx, Gandhi, Ambedkar and Lohia, and I liked to imagine that adivasis would want to speak in agony about the injustice that the ‘system’ had caused them. To my surprise, they were not as much articulate about things political as they were about things cultural. Through my years of work with them, I have met individuals who can go on singing the entire Mahabharata. The Bhils living on the border of Rajasthan and Gujarat have several epics of their own: the singers took immense pride in rendering the entire opus, without missing out a single syllable. I also came across members of the Bharthari community from central Indian forest states who could render, just for the asking, an entire saga of a legendary king. A friend of mine from the Banjara community once told me that the Banjaras have a poetic genre called ‘lehngi’. When I suggested that he should pen them down if he remembered any of the compositions, he said that he could recall close to 6,000 ‘lehngis’. I was not stunned by his claim because previously I had heard from a friend from the Nayak community that he knew more than 9,000 songs. And this one had a great voice. I still recall how mesmerized I was when he sang for a few hours, one song after another.

The tribes and castes in India are communities apart. Those who belong to castes belong to no tribes, and those who belong to tribes are outside the caste pyramid. What brings them together is probably their love for songs. As an adolescent boy and young man, I made numerous journeys with others of my age. Invariably, every journey was marked by a game that perhaps only Indians and, maybe Africans, play. That game requires neither a board, nor a ball, nor a bat. It requires the ability to sing a song that has an initial syllable which is the closing syllable of the number sung by the competing team. The game has few rules. It can be played endlessly. There really is neither a winner nor a loser in it; and one need not have any special training or gift of sonorous voice for participating in it. Perhaps, it is the most democratic of games that I have known. It is called ‘antakshari’.

India’s historical memory, too, privileges songs and singers over other cultural icons. When an Indian starts thinking of the medieval ages, the names that first flash before the mental eye are of Kabir and Mira, Jayadeva and Chandidas, Surdas and Nanak, Akka Mahadevi and Tukaram, Thyagaraja and Narsi Mehta, each one of them among the greatest makers of songs and among the most iconic singers. Each one of them had her or his peculiar philosophy and, yet, all of them live in India’s memory as singers of love, devotion and humanity. Gandhi’s genius was colossal in scale; yet, to every Indian his daily bhajans, “Raghupati Raghav Raja Ram” or “Vaishnava jana to tene kahiye”, say it all. Rabindranath was a wide-spectrum Renaissance genius straddling philosophy, education, theatre, politics, fiction, painting and poetry. He left an indelible mark on 20th-century Indian culture. However, nothing else reached as far and as deep in the minds of the people as his songs did.

It should not be an exaggeration if one claims that in terms of the average citizen’s ability to recall a large number of songs and to hum them in however terrible a voice, India probably tops the world chart. The intimacy that Indians show towards the sufis in Rajasthan, the bauls in Bengal, the varkaris in Maharashtra and the gusto with which every girl and boy in Gujarat gets into the garba singing and in the bihu tunes in Assam, define all of us as a single nation of song-lovers.

Neurologists tell us that the cognition of language and logic is transacted in one part of the brain while the inscription of song and tune in memory happens in another part of the brain. It would be too adventurous to propose that the ‘song-surplus’ Indian mind responds to normal logic and language bound information somewhat differently from the minds of people in some other ‘song-deficit’ cultures. However, in some measure this argument may hold when we notice that while colonization changed our taste in practically every field of rational or imaginative activity, music in India continued to be self-sure throughout the colonial period and beyond. Besides, when an entirely technology-based modern art form like the cinema arrived in India, the makers of our films very quickly put in song as its heart. This has not happened elsewhere with the exception of Arab cinema, and there too not on the same scale. It may not be too off the mark to claim that ‘song’ is the hallmark of Indian civilization.

These thoughts came to my mind when I learnt that recently a lot of graffiti has started appearing on the walls in Bangalore asking to free music from government control, saying, ‘Bring back music, bring back soul.’ The graffiti was occasioned by the state’s stringent control on live music in restaurants and bars. It suddenly started surfacing in Mahatma Gandhi Road, Museum Road, Lavelle Road and St Mark’s Road. These are places frequented by the millennial generation. The young people whose music was brought to a halt by the state police started writing, “Remember to forget, Four Ders, Sammzie, Rastad, King Turac, Guess who, King and Zero...” The response of the state to the graffiti was to go out looking for those who brought the protest out in the open and to book them. Anyone who knows of the place that song has in the Indian mind may well sense that the protest is not so much about music and related to sensory pleasure. It is deeper. It has started coming from the ‘2k-plus’ generation. If a cultural analyst points to the coincidence of the graffiti in Bangalore which started appearing precisely when the voters in Maharashtra and Haryana quietly showed the ruling regimes their place, one cannot dismiss it as tendentious political opinion. Perhaps, we need to read more carefully the writing on the wall that has started appearing, a good reason for singing one more song to cheer democracy.

The flavour of sound