The Mumbai Indians deserved to win the IPL crown

This is the fourth time that they have lifted the trophy, surpassing CSK’s record of three victories 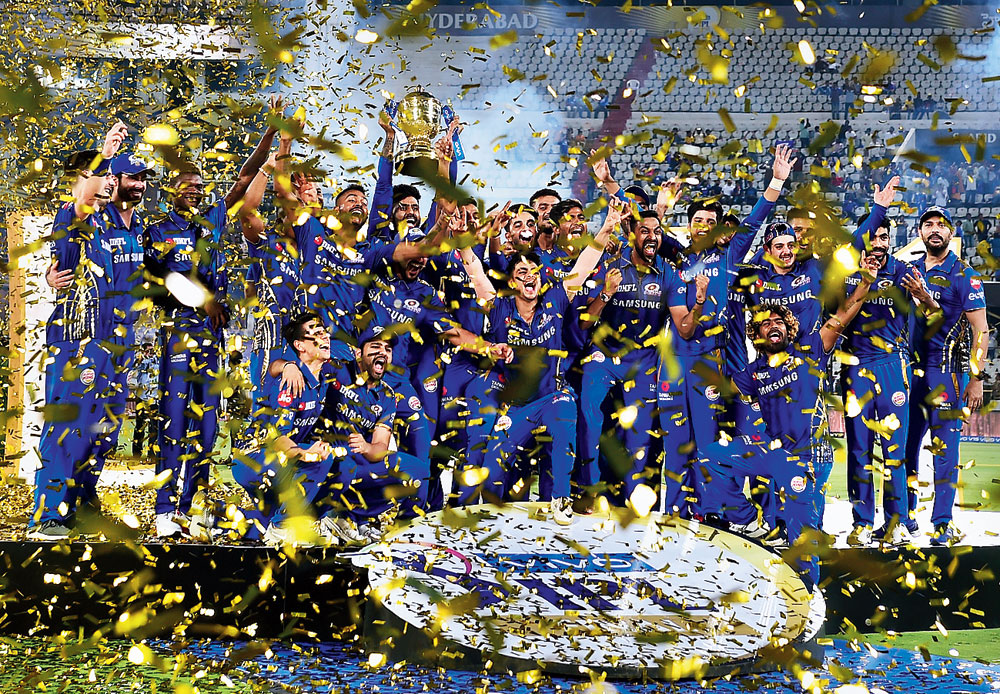 Sir — The final match of the 2019 Indian Premier League between Mumbai Indians and Chennai Super Kings turned out to be a thriller. Mumbai Indians won by the narrowest of margins — one run — while defending a total of 149 runs at Hyderabad (“Got reward for playing as a team, says Rohit”, May13). This is the fourth time that the team has lifted the trophy, surpassing the Chennai Super Kings’s record of three victories in the IPL. Rohit Sharma has improved as a captain over the years — it is telling that all four victories of the Mumbai Indians has been under the leadership of Sharma.

Jasprit Bumrah, too, proved his mettle, playing splendidly throughout the tournament. He took two wickets in the final while conceding just 14 runs, tilting the match in favour of his team. The more experienced pacer, Lasith Malinga, who proved expensive in his first three overs, successfully defended crucial runs in the last over.

The batsmen did their bit as well. Kieron Pollard scored a quick 41 runs off 25 deliveries, helping his team post a respectable target for the Chennai Super Kings. Hardik Pandya’s efforts to help his team score runs in the final overs came in handy throughout the season. The Mumbai Indians have shown themselves to be a potent side. But none of this would have been possible without the formidable batting and bowling experts by their side. Besides the legendary Sachin Tendulkar, other cricket greats like Mahela Jayawardene, Shane Bond, Zaheer Khan and Robin Singh deserve high praise for their timely inputs to the team. Given their performance, the Mumbai Indians deserved to win the IPL crown.

Sir — In a nail-biting IPL final which went neck to neck till the last ball, Mumbai Indians edged out their opponent, the Chennai Super Kings, by a single run. Although, Mumbai Indians deserved to lift the trophy, it cannot be denied that the final belonged to Chennai. They were able to restrict the Mumbai Indians to a mere 149 runs. In fact, had M.S. Dhoni not been declared out in a controversial verdict, the outcome of the match may have been different. Since there was some confusion about whether Mister Cool had made it past the crease on time — different camera angles told different tales — he should have been given the benefit of the doubt.

One thus hopes that only the most astute umpires are chosen for the upcoming World Cup. One mistake — it is only human to err — could mar the World Cup.

Sir — Congratulations to Mumbai Indians for winning the IPL for a record fourth time. In an enthralling final match, they defeated the Chennai Super Kings by one run. This is the second time when the IPL final has been decided by such a narrow margin. The last time was during the 2017 IPL finals, when the Mumbai Indians defeated the Rising Pune Supergiants by one run.

This IPL season, the performance of Mumbai Indians was exemplary. Quinton de Kock, the South African cricketer, scored 529 runs in the season. He was duly supported by players like Rohit Sharma and Kieron Pollard. Bowlers like Lasith Malinga and Jasprit Bumrah did well too. The skipper of Mumbai Indians, Rohit Sharma, has done a commendable job leading the team. It was an all-round show, duly guided by none other than Sachin Tendulkar.

Sir — In about 50 years from now, the Sunderbans are likely to be depleted of their mascot — the Royal Bengal tiger. Scientists have estimated that climate change and its deleterious effects would wipe out not just the tiger but also a number of other species that are residents of these forests. The tide country is a rich source of revenue for the government on account of tourism. The potential loss of a source of steady income should force governments in Bengal, Delhi and Dhaka to get their act together before the Sunderbans stop burning bright.

Sir — As a school teacher I am intrigued by the fact that West Bengal has announced an almost two-month long summer vacation for government schools. The teaching schedule is likely to go haywire. Adding to the problem is the fact that regular classes had already been disrupted owing to the general elections.

The annual school calendar will now have to make allowances for irregular classes for at least three months once the schools reopen. What was the need of declaring a two-month holiday when the state was about to face the consequences of Cyclone Fani only for two days in early May?