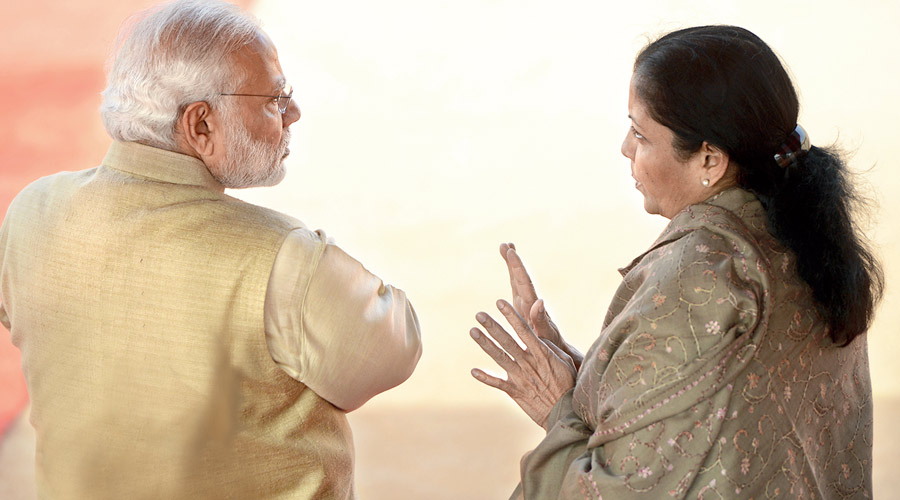 Governance in the world of fiercely competitive politics involves difficult choices. Since politicians invariably — and quite understandably — have their eye on the next election, the government of the day must effect a delicate balance between instant gratification of the voters and a more long-term approach that pays dividends at either a future date or in the pages of history.

In India, the Union budget has become the conventional instrument of governmental outreach. Unlike many Western democracies where the importance of the annual budget has been shrinking, India, with its high dependence on the State, has looked to the annual exercise to set the parameters of economic activity. Although the finance minister’s speech, particularly in the pre-1991 era, was marked by conjecture, supposed leaks, rampant speculative activity and intense national anxiety, this level of high excitement has now abated. Since the past few years, after the introduction of the goods and services tax that led to the Centre and the states pooling their sovereignty, the revenue side of the budget has lost its primary importance. Gone are the days when traders would hoard items such as cigarettes and petrol for the month prior to the budget in the expectation of some quick profits. Gone too are the bad days of vengeful socialism when Indira Gandhi’s government imposed a 93 per cent rate of personal income tax on high-income individuals. As India has grown and prospered, the sheer unpredictability associated with the budget has come to an end. Today’s budget is essentially centred on the allocation of State resources. It is on that basis that governments are assessed—not entirely but substantially.

The debate, since the Covid-19 pandemic hit the world and put an end to normal life, has focused on the role of the State in mitigating human suffering and restoring economic activity. Economics not being a science but a series of prescriptions based on political proclivities, there has, predictably, been conflicting suggestions on the direction of State expenditure. The Left — no longer a label reserved for those who ostentatiously wave the red flag — has pressed the government to put all its eggs in the welfare basket. According to this brand of economics — quite respectable in academic circles — the spending power of people affected by the pandemic disruption must be replenished by generous government handouts and other freebies. This approach enjoys a high measure of political popularity; witness the success of West Bengal’s chief minister, Mamata Banerjee, in the 2021 assembly election over the promise to pay women applicants a monthly stipend of Rs 500. The alternative approach, some of which is borrowed from John Maynard Keynes, is to pump State investment into public works and, thereby, create both future assets and generate employment.

In coping with the pandemic, the Narendra Modi government has adopted a hybrid model. While persisting with the annual Rs 6,000 handout to farmers that was begun prior to the 2019 general election, the Centre has supplemented it with a very ambitious project of providing free rations to those on the lower end of the income ladder. This has been complemented by a hugely successful, free, nationwide vaccination programme aimed at beating the virus at the level of the individual citizen. There is no doubt that these welfare initiatives — backed by the effective use of the Aadhaar card and the Jan Dhan bank accounts — have played a very significant role in cushioning people from the economic devastation caused by the pandemic. However, in terms of what the Left economists suggested, the welfare initiatives of the Modi government have been woefully insufficient — although these have played an important role in preventing hardship from being converted into social unrest.

The principal focus of the prime minister has been to strengthen the foundations of the national economy and use the disruption to steer economic policies in a particular direction. At the heart of the government’s efforts has been the Make in India programme that has involved capacity-building in areas ranging from vaccines and healthcare to motor vehicles and defence equipment. Coupled with the relentless thrust on building and upgrading infrastructure, the Modi government has tried to ensure that the pre-pandemic approach of the government isn’t entirely derailed by the crisis created by the virus. Naturally, as with all national economies, India’s steady GDP growth took a hit but since the present financial year has seen a sharp recovery which, barring the unexpected, is likely to persist.

The pressure on the finance minister, Nirmala Sitharaman, to bend the stick in favour of short-term, consumption-linked welfare schemes was intense, particularly since any announcement of this nature would be greeted positively in the poll-bound states of Uttar Pradesh and Uttarakhand. It is a commentary on both the priorities and the steadfastness of the Modi government that these populist pressures were resisted. Instead, in a no-frills budget, the big news was the increase in the government’s capital expenditure by 35.4 per cent, from Rs 5.54 lakh crore to Rs 7.50 lakh crore. Moreover, realizing the crucial role played by the states in the capacity-building exercise, the government has announced a 50-year, zero-interest loan of one lakh crore rupees for productive capital investments. No doubt the purpose-linked nature of this very soft loan will draw flak from the likes of the West Bengal government whose principal focus is to throw money to procure political influence. However, anyone with a considered perspective will recognize the tremendous potential of targeted investments in creating sustainable jobs and enhancing overall prosperity. State expenditure is certain to be complemented by private sector investments, not least in agriculture. The Modi model is in sharp contrast to lavishing more funds on the MGNREGA whose effects aren’t enduring.

What this budget has revealed, far more effectively than anything else, is that Modi is attempting to inject a brand of politics that is unique in the Indian context — to use political power to create an enabling environment for a future India. This isn’t likely to make the political class very happy since instant gratification isn’t on the agenda. But it could steer politics in a hitherto unforeseen direction.