Bengal alters that which seeks to alter Bengal 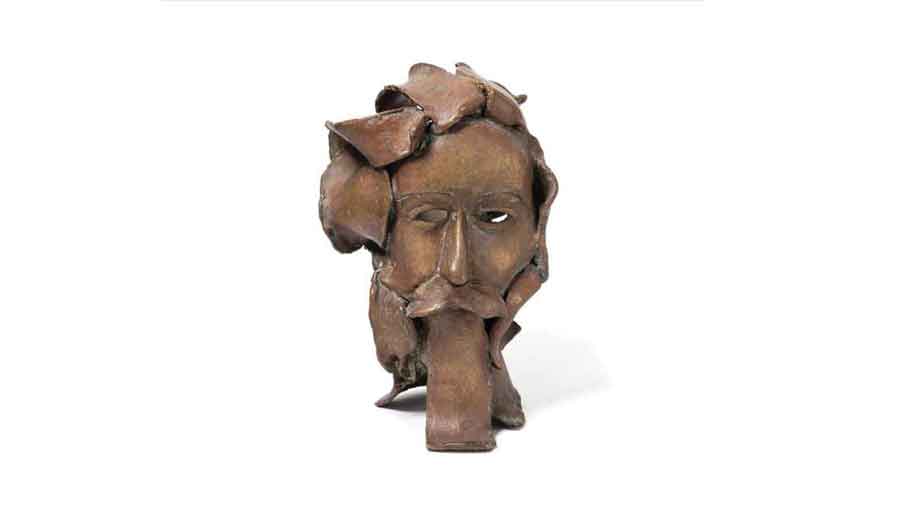 Something, the question implies, is changing Bengal, changing it forever. The Bangla word, paribartan, means change or, in a more immediate sense, a replacement. It had been brought into dramatic play during the elections 10 years ago when Mamata Banerjee wrested power from the Left Front. It is now being deployed in a counter challenge to her decade-old incumbency. The challenge of change is certainly in the Bengal air.

‘Who would have thought’, the questioner continues, ‘... that the land of the brightest spiritual luminosity... the highest intellect... tallest science... greatest literature... noblest politics’ would become the site of fractious animosities breaking into a collective din?’

And goes on: ‘Who would have thought that this land of stalwart patriots... of men and women of unsurpassable stature... economists of world class... lawyers of unrivalled ability... political leaders of vision and integrity... administrators of exemplary efficiency... would lurch into... into... this?’

‘Who would have thought that in Vivekananda’s, Tagore’s and Subhas Bose’s Bengal abuse, belligerence and cunning would try to spell the a b c of its culture, its life?’

Let me state at this point in my reflection that the imminent election in the state is not what this article is about. I am not on the question, ‘Who is going to form the next government in Calcutta?’ The issue that concerns me is: will the quality of the present ‘air’ in Bengal hurt the purity of its lungs, the rhythms of its heart, the delicacy of its soul?

Even as Bengal is a unit, one of 36, comprising the Union of India, it is something of an entity in itself. Does not every province feel that about itself? Of course it does, and is entitled to. But even other parts of India would acknowledge that history has made Bengal the palladium of India’s thinking and feeling mind. And in that distinct role, Bengal is bigger than its worst crisis, greater than its toughest challenge. It has it in its being to withstand all conditions of decay, debilitation and even of death — whether in economic organization, social custom or in the largest theatre of life.

Take the life of agriculture in Bengal — its very life-breath. The province’s peasant-life had, in the eighteenth and nineteenth centuries, become a theatre of distress telescoping into disaster. At the time of the Great Bengal Famine of 1770, which, coinciding with the Bengali year, 1176, had come to be known by the chilling name of Chiyattorer Monnontor; anything between 2 and 10 million died of starvation and disease in the province. From the so-called Permanent Settlement of Cornwallis (1793) through to and beyond the Great Bengal Famine of 1943, rural Bengal suffered an unrelieved loss of skill, energy and hope. But did Bengal, as a whole, wither away? It did not. A steadily growing peasants’ movement culminated, post-Independence, in the unveiling of land reforms with the Left Front government of Jyoti Basu launching, in 1978, Operation Barga, which lifted share-croppers from their immiseration to a new life as bargadars. The scheme has not been without problems, controversy. But even its critics recognize it as one of the most successful examples of agrarian intervention not just in India but the world.

The greatly debilitated agrarian ‘air’ that seemed to have doomed the province’s lungs to collapse did not change Bengal. Bengal changed that ‘air’.

Social custom can incubate barbaric practices. Bengal had followed much of India in one such outrageous, hideous practice — sati, the burning of ‘widows’. Many, if not most, of them were very young, child marriage being then the norm. But an enraged and enlightened Rammohan Roy’s counter-flare of opposition shook public and official conscience on the matter as nothing else had, leading to the practice being banned in 1829. That counter-flare of Bengal did not stop there. It spurred a succession of gender-based legislation even in those benighted pre-Independence times — the Hindu Widows’ Remarriage Act of 1856, the Female Infanticide Prevention Act of 1870 and the Age of Consent Act of 1891 followed.

The shaming custom, which spelt nothing less than death for its women, could not singe Bengal; Bengal exorcised it.

The raj’s brazen policy of ‘divide and rule’ saw Bengal physically partitioned by Lord Curzon into East and West in 1905. Did Bengal capitulate? It did not, launching an impassioned movement against the division with a boycotting of British goods and institutions at its core, thereby stunning the raj. Abanindranath Tagore’s great painting made that year of Bangamata, later named Bharat Mata, symbolized the province’s fervent rejection of the division.

With Lord Curzon’s partition being annulled by Lord Hardinge in 1911, the threat to the province’s political integrity was reversed by Bengal.

‘But’, the reader might — ought to — say, ‘the partition did happen, after all.’ Sure, it did.  Bengal could not over-ride the demand for Pakistan based on the Two-Nation Theory proclaimed by the All India Muslim League and several ideologues of a Hindu rashtra. The Radcliffe Line’s eastern flank cut through Bengal in 1947, creating an East and West out of it, once again.

In the white heat of that trauma, a Gujarati named Mohandas, traversed the lengths of what was becoming East Pakistan with the anthropologist, Nirmal Kumar Bose, and a chosen few speaking — and, yes, singing — of the courage of a loner’s conviction in Tagore’s Ekla Chalo Re, and of Hindu-Muslim unity in the Hindi hymn, Raghupati Raghava Raja Ram. In the Noakhali village of Paniala, the largely Muslim gathering at his prayer meeting began, demurringly, to disperse as that ode to Ram commenced. Manu, his grand niece thought, quite impromptu, to introduce into its singing a new line — Ishvar Allah Tere Nam. Those who had started to leave returned with a receptive curiosity if not conviction. Some months later, in Calcutta, as post-Partition rioting erupted, he fasted in expiation and by his readiness to die for harmony in Bengal; he stilled the carnage.

Bengal could not stop its partitioning but it drew the poison out of that deep cut.

On January 30, 1948, in New Delhi, as Mohandas sank to the ground with Ram on his lips, his grandniece-in-law, Abha, a daughter of Bengal, reflexively held his head in her hands. Who fell, what held?

In 1971, Tagore’s Jana Gana Mana, identified as a national anthem of free India by Subhas Bose and later so enthroned, was joined by another composition of Tagore’s — Amar Sonar Bangla — as the national anthem of the new nation, Bangladesh. Two scores, one music.

Somnath Hore, the great sculptor, has made an amazing bronze ‘head’ of Tagore. I was working at The Nehru Centre in London in 1995 when Jyoti Basu, the then chief minister of West Bengal and then minister for culture, Buddhadeb Bhattacharjee, graciously sent it for permanent display there. When I opened the consignment, it seemed to me to be a confusing tangle of scrap. But seeing it a little later, from a certain distance, it stunned me. Tagore was looking at me, in the perfection of his indefinable intensity and calm, his hollowed eyes showing pain and an understanding and an overcoming of that pain. It was the truest Tagore head made in the foundry of art, of Bengal, of conscience, the everlasting a b c.

Bengal can look confused and confusing. But looked at with attention, it confounds confusion.

Bengal alters that which seeks to alter Bengal.

Slowly at times, but surely always.