The media grapples with Covid-19 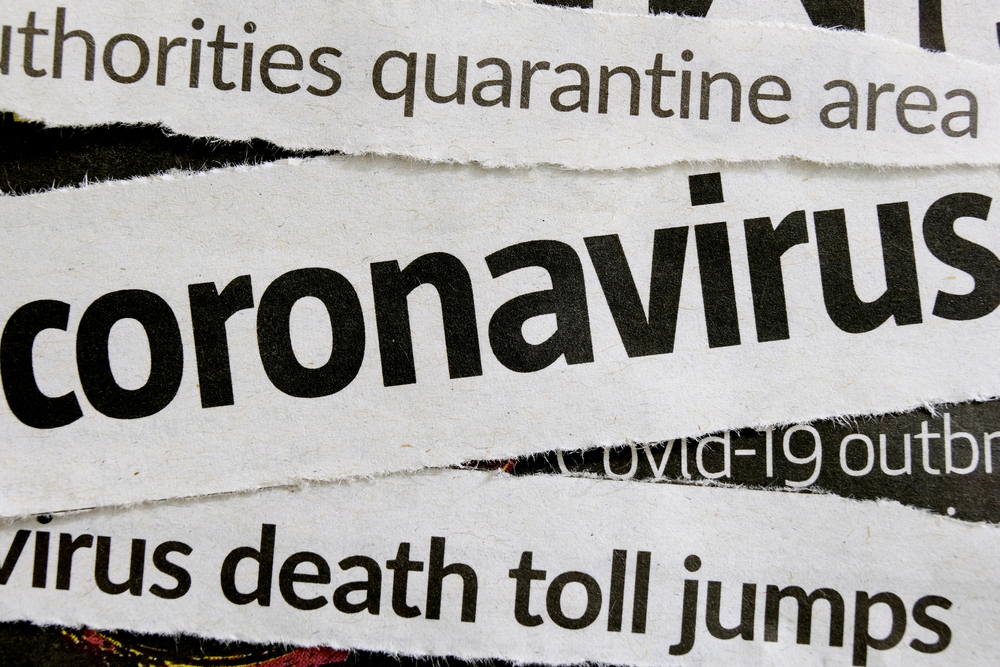 The biggest newspapers in the United States of America and the United Kingdom are upping news budgets even as they remove pay walls for coronavirus coverage
(Shutterstock)
Sevanti Ninan   |   Published 22.03.20, 06:48 PM

Bad news is usually good for the media. You can spin it out endlessly — be it a riot or mass political protests, or a falling government, or an upheaval in Kashmir. But rarely does the story itself come so uncomfortably close to the bone for those putting it out. In terms of life, liberty and livelihood. Two citizen journalists reporting the spread of the coronavirus went missing in China early on, a handful of journalists reporting out of Italy have tested positive for the virus, and in the past three months industry and profession across the world have both been impacted.

The pandemic has helped to make the news industry more indispensable than ever before, given that being adequately informed is vital to human survival. The media has risen to the challenge across the globe. The biggest newspapers in the United States of America and the United Kingdom are upping news budgets even as they remove pay walls for coronavirus coverage. But it has also made journalists more vulnerable, even as the news and entertainment businesses are going into a tailspin.

Small, alternative weeklies in the US which relied on local advertising and local events for revenue are seeing lay-offs, or are closing down as events can no longer be held. The sports beat in several countries has suddenly melted away as major events are being cancelled in what is one of the biggest sporting periods of the year, particularly in the US, Europe and India. Nobody could have anticipated that. Will people cancel Pay TV subscriptions to sports channels? How many interviews and analysis pieces can you fill sports pages with? Disney’s streaming service was set to launch in India in March with the beginning of the Indian Premier League cricket season, but has been paused for now.

Media industry sites fret about which way advertising dollars will shift during this downturn. From sports channels to streaming? For how long? Even as sponsored industry events are cancelled or are moved online. With streaming TV affected by the shutdown of productions, will the platforms run out of new shows anytime soon? There is a whole industry supply chain out there of production houses and freelance workers staring at the prospect of cancelled digital projects and lost revenue and incomes. The film industry and the cinema hall network are staring at temporarily suspended productions, postponed releases and closed theatres.

Freelance journalists across the world are weighing the costs of taking on assignments in affected regions. Or losing assignments as media houses cut back. But Facebook and WhatsApp have jumped to seize the opportunity to improve their image. The former offered individual journalist grants of $5,000, totalling $1 million, to support local news organizations in the US and Canada in covering the coronavirus. WhatsApp announced that it was donating $1 million to the Poynter Institute’s International Fact-Checking Network. It also announced the setting up of a Coronavirus Information Hub to provide messaging hotlines for people around the world to use directly. To provide information and check rumours.

Journalists in India have been insulated from much personal risk so far because the disease has only just begun to spread rapidly. Amidst social distancing, work-from-home policies being implemented in major newspapers and extensive resort to data journalism, there has not been much exposure to risk as yet. Nor have lay-offs in media outlets begun to be reported since the pandemic began. The news business, after all, has not shut down. Much of its processes have moved online than before. Even as white collar jobs in all sectors move online. Everywhere in the country except in Kashmir, where the population is still denied 4G connectivity.

But as the virus, which has trickled down to the poor from the rich, enters its community-spread phase, the challenge of adequately reporting on how the working classes are being affected is huge. A country with a sharp class divide and an inept public broadcaster has a serious problem when a lethal epidemic is at large. Now that we have moved from identifying infected individuals to containing community spread, saving lives depends on access to accurate information for the widest number as much as it does on access to widespread testing and medicare. But much of the media that is focused on reporting on the coronavirus does not reach the people at the bottom of the pyramid. And if it did, it would not serve their purpose. They neither need social media, nor data journalism, nor interviews with virologists and doctors to make sense of what they and their families are up against. They need effective messaging on the pandemic — what to watch out for and where to go for help, depending on where they live. And how to avail of the monetary help the government might be giving.

The pandemic is being reported to death. Ditto the economic havoc it is causing, including the stock market crashes. But its likely victims in the next phase are not being reported on. There is the access-to-water-sanitizers-and-safeguards part of the story. How is testing taking place for this segment of the population? Then there are the consequences of lay-offs and shrinking work in the unorganized labour sector to be reported on, as economic activity shrinks further in an already straitened economy. Who will do that on a regular basis? Beyond websites such as Scroll, NewsClick and The Wire, the working class is not on the radar of most media, except very sporadically.

In the UK, the BBC has been busy rejigging its programming to meet specific information needs. BBC TV and Radio will offer coronavirus shows, podcasts and local radio programmes that will focus on news, phone-ins and expert advice for six hours a day. The network says every local radio station will work with local volunteer groups to help coordinate support for the elderly, house-bound or those at risk. Are Doordarshan and All India Radio doing anything similar on their local transmission networks across the country? As far as one could make out, the AIR messaging is primarily on Twitter and on Facebook, and in English. Then there are the public service ads on radio and DD News. But how narrowly are these targeted? In any case, even the poorest Indians, according to all available evidence, prefer to get their news and entertainment from private channels. Can community activists then persuade local FM radio channels to step up to the task in Hindi and other languages? Or collaborate with mobile-phone-based messaging systems run by NGOs like Gram Vaani in several states?

Meanwhile, unsurprisingly, the country which has no problem marshalling its messaging in times like this, albeit to a different end, is China. The Chinese online space, according to the International Federation of Journalists, now has to follow a March 1 order that all content “should be mainly positive, uplifting and devoid of rumours”. And there is messaging on television and Twitter where Chinese broadcasters and diplomats are re-scripting China’s coronavirus story via thousands of tweets. Their three-pronged effort, according to a New York Times video report, is to “spin optimism”, boost China’s image across the world, and dispute the origin of the virus. It didn’t come from China after all. It originated in the US!