The mask reveals the complicity between civilization and conflict 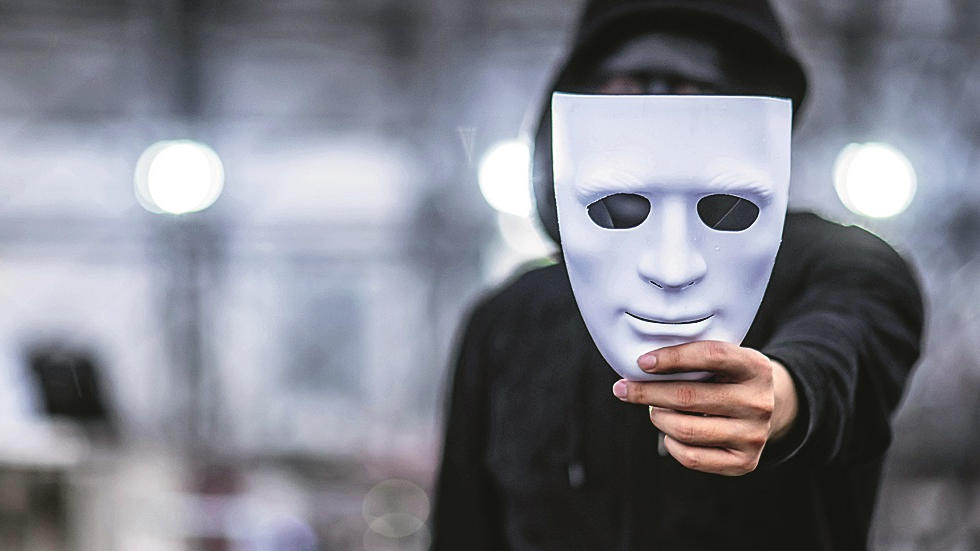 The prevailing discourse on the mask argues confidently that the fabric meant to conceal identity has, ironically, revealed subterranean, strange contradictions in both the West and the East.
PxHere
Uddalak Mukherjee   |     |   Published 28.10.20, 01:39 AM

Dena Abramowitz is outraged. The dear lady from Wisconsin complained bitterly in a letter to The New York Times that her grandson is stubbornly refusing to wear diapers. Those abominable absorbents, in the precocious young man’s reasoning, are, Mrs Abramowitz writes, an infringement on his personal liberty. The grandmother has blamed the Republican governor of Oklahoma, Kevin Stitt, for her grandson’s premature enlightenment whose luminescence has made it difficult to spot that Stitt had made this point about masks, not diapers. Mrs Abramowitz’s wily grandson, as is perhaps de rigueur in Trumpamerica, merely tweaked the fact.

Stitt, however, has an alibi: he was simply obeying his boss who had mocked masks and those who wear them — Joe Biden does — even as America lost over 200,000 lives to the coronavirus under his watch. “I think wearing a… mask as I greet presidents, prime ministers, dictators, kings, queens… Somehow, I don’t see it for myself,” Donald Trump confessed to the journalist, Bob Woodward, in Rage. The ‘anti-maskers’— a constituency of predominantly middle-income earning men who made up 60 per cent of Americans outside New York and Los Angeles till as late as June — like Stitt, may have taken their cue from the POTUS.

The prevailing discourse on the mask argues confidently that the fabric meant to conceal identity has, ironically, revealed subterranean, strange contradictions in both the West and the East. In the United States of America, liberty finds itself at war with reason — its philosophical sibling — with the anti-mask brigade invoking the principle of individual freedom to contest rational voices imploring the country to emulate, in a manner of speaking, the Phantom. The East — the twain seldom meet — has been far more receptive to the mask. But this, the pundits sneer, need not be a manifestation of virtue. That obedient Japanese, Chinese and South Koreans have chosen to hide their face is being attributed to the East’s willingness to be pliant to power. Had the framework of liberty been more robust in the East, snorts the liberati in, say, New York, there would have been, or so the argument goes, bonfires of masks in Tokyo, Seoul and Hong Kong.

Excited propositions based on binaries — West versus East — usually suffer from blinkered vision. The West’s claim of a virile bloom in civil liberty need not be founded on cold data. In a recent article in The New York Times (“How Democrats Won the War of Ideas”), David Brooks admitted that only 24 per cent of Americans called themselves liberal, while the dominant 76 per cent were inclined to be conservative or moderates in political temperament. The East isn’t as docile as is being trumpeted. Asia, Jordan Sand argues in his fascinating and concise cultural history of mask-wearing, remained discernibly unimpressed with the mask even after Manchuria had been ravaged by the plague epidemic in 1910. Japan, he writes, took to the mask during the 1918 influenza outbreak only because the nation was eager to embrace the currents of internationalism. Of late, the inception of the date-masuku — a culmination of the desire to project the surgical mask as a fashion accessory — has been possible because of a quirky transformation of aesthetics in Japan.

Cultures slipping on or taking off the mask is, evidently, never quite simple.

But few discourses would contest the proposition that the mask exposes — its revelatory powers are formidable — the complicity between civilization and conflict. A brief glance at the violent purging of mask-wearing traditions around the world shows that their demise is irrefutably linked to civilizational projects powered by Empires. The Selk’nam perished at the hands of European settlers, taking their masked traditions — the subject of Anne Chapman’s illuminating book — to their graves; the advancing Mongols laid to waste much of East and Central Asia, shredding indigenous rituals as well as their intriguing masks. Contemporary civilizational enterprises have been as predatory. The ferocious masks of the Nuo, a folk opera of Southern China, were condemned as ‘counter-revolutionary’ by Mao Zedong’s China; his comrades in Stalinist Russia had cast their dreaded red eye on Slavic mask-making entrepreneurship. At times, these transgressions relied not on physical but moral — theological — depredation. Hawaii’s Polynesian warriors were made to shun their masks made of plant fibre after they embraced Christianity.

Could the antagonism to the masks of subjugated cultures stem from the primitive fear of, or a guilty fascination for, the masquerade? For the mask, unlike most other cultural contraptions, is a subversive prosthetic. It can, and has been, weaponized for its ability to perform two functions simultaneously: concealment of identity and impersonation. Ingenious subcultures have found a way to confound surveillance, ancient and modern, by keeping the boundaries fluid between the two countenances: consequently, it is not always possible to tell the face from the mask or the mask from the face. There is a line of thought that argues that the Commedia dell’arte, an early form of professional theatre that began in Italy in the 16th century, lent itself particularly well to dissenting political commentary by employing masks as signifiers of identity and stratification. Little wonder then that the Establishment has always wanted to unmask such performative traditions. In a rare moment of truce, both the Church and the State — the French Parliament in this case — thought the Commedia to be a polluter of the mind and the body.

Yet, the mask survives. It provokes. It confounds the powers that be that are now designing retaliation with terrifying implications. Several companies are experimenting with algorithms that can neutralize the mask’s powers of evading traditional software employed for face-detection. The objective is, apparently, honourable: one San Francisco firm says that this kind of technology would ensure public compliance during the pandemics of the future. But how long does it take for such double-edged technology to get inducted into the global security apparatus and turn rogue? Not long, if the Indian experience is any indication. In March, Parliament was informed that the Bharatiya Janata Party-led Central government had agreed — eagerly? — to set up the world’s largest face-detection database for the Indian police.

The other threat to the mask’s subversive gene comes from the virus that has, admittedly, resuscitated its popularity. As societies in the West as well as the East mask up to survive, the visor-veil-shroud is becoming a shared aesthetic, universal but also unexceptional. This gentrification could kill off the subversive mask, replacing it with a veneer on a face that, one fears, would be far more subservient.