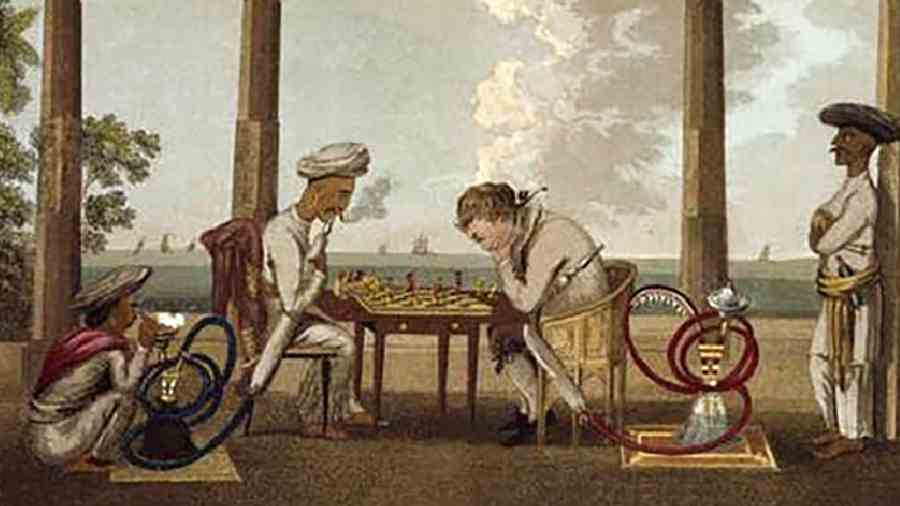 There are whispers that purists have found themselves checkmated by the decision to have Rajinikanth release a teaser video of the 44th Fide Chess Olympiad that is scheduled to begin in India — for the first time ever — from tomorrow. Thalaiva’s impressive repertoire of skills notwithstanding, shatranj’s demands on the human intellect are formidable. Several of chess’s venerable Grand Masters have intelligence quotients that may cause men and supermen — yes, even Rajinikanth — to blush. Cambridge University, for instance, was so enamoured of the grey cells of Magnus Carlsen — then a wispy thirteen-year-old — that it asked the Norwegian child prodigy to take an IQ test at its hallowed precincts. Garry Kasparov’s rumoured bulk on the IQ weight machine was a healthy 190; Bobby Fischer, the colossus on the black-and-white board in the pre-Kasparov era, clocked 181. Women, their thinner representation in chess notwithstanding, have made a pawn of the illustrious menfolk in this context: Judit Polgár — she became a Grand Master at 11 — has been known to have an IQ of 170! A sense of the fierce intelligence of the men and women in the chess fraternity can be gauged from the fact that psychologists believe that the average IQ of a Homo sapien — you and me, dear readers — ranges between 85-115.

Ironically, the cerebral luminosity of its practitioners may have ended up pushing chess towards the margins of what is considered to be popular. The cultural thumb rule, therefore, has been to maintain a respectable distance between chess players and hoi polloi. After all, not many sports have been described as, in the memorable words of Blaise Pascal, the French mathematician and a contemporary of René Descartes, the “gymnasium of the mind”. Popular culture has waltzed along; the Master of Chess is often portrayed as an eccentric, dishevelled but brilliant geek, messing with the minds of the aam aadmi. Fischer, in his last years, was known to shuffle around Reykjavík in Iceland, muttering chess moves to anyone who would care to listen.

So Rajinikanth deigning to cut the ribbon, as it were, for the Fide event that is taking place a week after International Chess Day is encouraging. For it goes to show that thalaiva, unsurprisingly, has sensed that chess may have, at long last, moved from the periphery to the centre of public interest. The proof lies in the attendant razzmatazz to the Chess Olympiad: A.R. Rahman has set the tune to the teaser; the chief minister of Tamil Nadu features in the footage; the prime minister, never the one to be elbowed out of the limelight, will inaugurate the competition that is expected to feature 2,000 contestants.

In an interview, Vishy Anand, India’s tallest dabadu, claimed that the southern parts of India, with their robust network of chess clubs in schools, may have been instrumental in popularising chess. Mr Anand made a wrong move there. Calcutta, arguably, is the founder of a quainter, quieter way of democratising chess. So much so that vignettes of old and young men plotting their next move under a flyover in the southern part of the city — the venue of the Gariahat Chess Club — with slightly blurry, whizzing vehicles forming the backdrop could legitimately feature in the registers of the city’s iconography from now on.

Interestingly, in spite of chess’s 1991 moment — the ‘liberalisation’ of the game that has facilitated greater public interest and participation — some aspects of its sociological evolution and the figures who can stake a righteous claim on this history remain in the shadows. Bengal’s amnesia — ignorance — about the early pioneers of the game in the state is a case in point. Consider the following letter that was published in The Chess Player’s Chronicle in 1851: “Until the early part of last year, M— had never been twenty miles from his native village in the Mofussil, as the interior of India is designated. He had never played with a really good player, and was scarcely acquainted with all of the European rules of the game. From long-continued and uninterrupted success, he had become desperately self-sufficient and obstinately addicted to certain faulty styles of opening, of which indeed he is not even now cured. The introduction of M— to Calcutta was on this wise:— A member of the Calcutta Chess Club, during a Mofussil pilgrimage in the autumn of 1848, heard of the fame of this local Philidor, and learning further that the Mofussil Champion had ‘never been beaten,’ he rejoiced exceedingly, in the prospect of beating him soundly! This expectation was not destined to be fulfilled; for our Brahmin triumphed. The discomfited club-man thereupon brought him down to Calcutta…”

The mysterious ‘M’ being referred to in the letter was Moheschunder Bannerjee, who, after being appointed as a paid attaché of the chess club, played a number of games with John Cochrane, a Scottish lawyer who called Calcutta his home for a while. Cochrane kept a record of his duels with Bannerjee; something that may interest the researcher of these early encounters between the sahib and the babu on a simulated battlefield. Interestingly, a certain W. Sergeant noted in 1934 that “The Indian Defenses (...) were largely taught to European players by the example of Moheschunder and other Indians.” Who could these ‘other Indians’ be? Did they include Babu Ishwarchandra Gosain, Mahadev Choubey, Shyamacharan Ghatak, Rammohun Chakraborty and Pitambar Mukhopadhyay, among others? There is rich biographical material here that awaits resurrection and dissemination not just about chess players but also Calcutta’s absorption with the aptly christened chaturanga. For instance, not many know that in 1880, Calcutta had attained another milestone in chess — chess players from Liverpool had battled their brethren in Calcutta in an ‘intercontinental contest’ with the moves being executed — ingeniously — using Telegraph codes.

The divergence between the evolution of chess in colonised India and such other sports as cricket must not escape attention. Historians agree that the feverish excitement that accompanied the Bombay Quadrangular, where the composition of cricket teams was based on religious and ethnic lines, could be attributed to an incipient anti-colonial spirit and a simultaneous deepening of sectarian tensions. Cricket’s communal undertone had not, in fact, escaped M.K. Gandhi’s attention. Chess, on the other hand, appeared to have been far more accommodating and benign, leading to an apparent burial of political and social cleavages. Apart from the recorded fact that the British collaborated with Indians in chess, it must also be noted that the board game was popular among the gentry — the Tagores, Debs and Ghosh’s were patrons — as well as among the commoner: Moheschunder Bannerjee is a testament to this.

How would our shrill times and sensibilities respond to the element of fusion integral to chess? Does chess’s function as a bridge between the queen and the pawn — the coloniser and the colonised — between the babu and the subaltern, weaken its nationalist pedigree? Or were these equations marked by subterfuge and deception, the kind that is played out on the chessboard?

Calcutta awaits an oracle-researcher for these answers as well as for a localised — subaltern — historiography of the Bengali Kasparovs.