The javelin, a javelineer and the nation 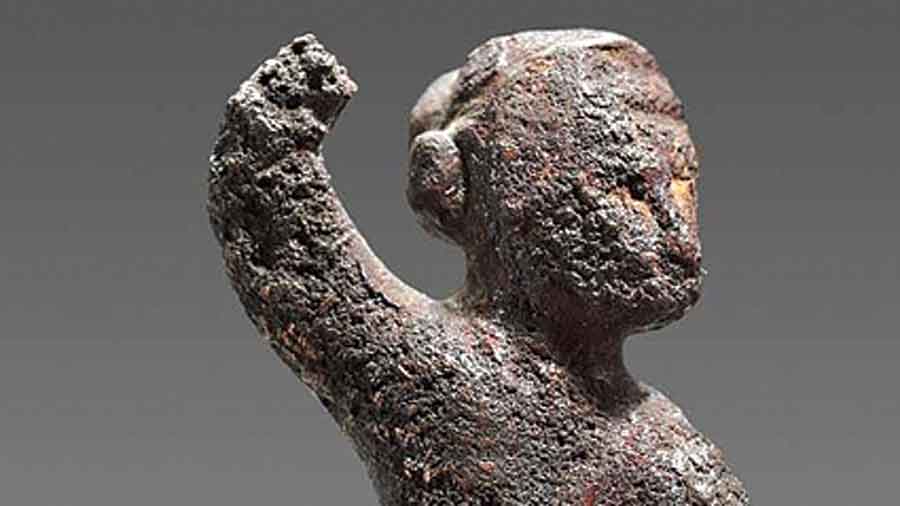 There are in Neeraj Chopra’s memorable throw of the javelin and its hitting gold in the Tokyo Olympics some earth-solid reasons for celebration. The most obvious of these is, of course, that we were all, we Indians, pining for news of some precious metal coming our way from Tokyo. And he delivered the best of them — pure gold. Hockey, that luck-starved prince of Indian sport, had fetched us burnished bronze. And now, in a curved rainbow of vibrant VIBGYOR, we had got to the pot of sun-flared gold.

No, he. By himself. Because he was who he was, moulded by the as yet incompletely understood working of inherited skills and instincts passed on by mute but inexorable impulses which some call genetics, others define by the three letters — DNA.

There was something very elemental about the accomplishment, something that linked the Tokyo moment to the millennial practice of precise aiming, measured strength and — sheer will.

And that is what made me more than joyful. It moved me.

Moved? Yes, exactly that. Here was a stranger to privilege, even to patronage, using his instinct alone with an instrument that could be called primitive to reach a level of competitive prowess before the narrow-eyed gaze of a grade-allotting world to show what that ancient art can still do and with such élan. Neeraj was, of course, following tradition — aiming targets for food, for survival, getting substituted by aiming targets for sport.

Neeraj is, quintessentially, rural, from village India, a part of India — Haryana-Punjab — a tract that has, for centuries, millennia, in fact, known rivers to course through it, change course, even disappear. Neeraj has grown up in a village, schooled there, playing village pranks like a village trundler, tying up buffalo’s tails, disturbing beehives. Neeraj is that footloose village boy who, taken by his father to learn some ‘proper sport’ to tame his fancy-free ways, sees the lot — football, hockey, cricket. And chooses instinctively, but emphatically, the javelin.

Something in him has made him choose the flying spear over the hitting bat or the chased ball.

So it is a very old connect, between the javelin and the javelineer, making him and, doubtless other rural youth not ‘spotted’ for the Olympics, inherently fit for that sport. As Akshay Sawai tells us: “Neeraj Chopra threw the weight of five cricket balls, at 100kmh, across the equivalent of four cricket pitches... The men’s javelin weighs a minimum 800 gm, while the cricket ball typically weighs 163 gm. The length of a cricket pitch is 20.12 metres. Neeraj’s best throw in the final was 87.58 metres… On the face of it, javelin is a simple sport. Grab spear, run and throw. But when it is broken down, its complexity reveals itself. The approach itself has two components — the run-up and crossover steps. Then there are the load-up and release, which comprise concepts such as ‘angle of attitude’ and ‘angle of velocity vector’.”

And what of his instrument? Here is a plain projectile, also just by itself, that has evolved from being a weapon for hunting and fighting to becoming an instrument for sport, pure and simple. It does not target a victim, does not impale or kill. It does not even puncture or disfigure an inanimate target. It just measures a distance reached by the power of an arm’s throw. And it shows the working of skill in that throw not by technologically-backed computings of aerodynamic speed and distances but by a combination of biochemical instincts that can assess the muscular packing needed for the launch so that it covers the span aimed at.

Hunting and husbandry have marked, or rather made, that region’s life over the ages. The javelin’s antiquity over other ‘darters’ like the old bow-and-arrow and the less old gun in its various avatars is obvious. The javelin is to the gun what the 5,000-year-old Indus Valley Civilization is to Silicon Valley. Haryana, where Neeraj hails from, is about where the great IVC site of Rakhigarhi is located. It would not be stretching imagination to assume that javelin-like or rounded, rock-like objects must have been made and used for hunting in ancient times in that as in other pastoral sites of the pre-Common Era.

While the authoritative report on the excavations at Rakhigarhi has not yet been published, the distinguished historian, Nayanjot Lahiri, has been kind enough to say in a communication to me “… harpoon-like objects made of copper are part of what have been described as copper hoards found in different parts of the Doab and elsewhere. These definitely go back to the second millennium BCE. Such objects have been found at Hissar, Mahendragarh and Ambala. Such a harpoon is also found in a late Harappan context at Mitathal in Haryana…”

The partridge or kaalaa teetar, which is the state bird of Haryana, was ‘protected’ by Emperor Asoka in his Pillar Edict V from hunters and is protected again by the Wildlife Protection Act of 1972, would not have needed javelins to be hunted. But the blackbuck or kaalaa hiran, which is the state animal of both Haryana and Punjab (Asoka protected the antelope as well) and is now protected again on account of having been over-hunted through time (it has all but disappeared in Pakistan), would have. That quadruped is the subject of many a Moghul miniature painting, two of which show the ill-starred Prince Khusrau and Shah Jehan, respectively, hunting that antelope with bow and arrow, trained cheetahs helping the builder of the Taj in his chase. All that activity has to have happened in and around present-day Haryana-Punjab and Rajasthan. And it has to pulsate within Neeraj Chopra’s sporting dividend.

What is the upshot of this reflection on Neeraj Chopra’s javelin win?

Just this: high-end, high-cost, high-tech sport will entrance India’s imagination. But history, cultural ecology, social capital and that elusive reality called the DNA of things make athletics, running, swimming, horse-riding and the javelin with its cousins India’s natural sporting fields. Tribal India has to be their natural inspiration.

And behind this verity lies a greater one beyond sport, namely, that India’s way ahead in the world, politically, economically, technologically, cannot be non-competitive. But it need not be imitative, certainly not mulishly so. And meant not for the gratification of the spectating world but for the quenching of our own inner thirsts. Being true to oneself is an old, almost tired, phrase. But I cannot think of a better one to say India must cease worrying about bettering China here, Japan there and others everywhere. It must be itself — as in Neeraj’s golden moment in Tokyo.

When, after the Jallianwala Bagh massacre in 1919, Rabindranath Tagore lifted a reed to write his letter to the then Viceroy renouncing his Knighthood, and when Gandhi picked up his staff in 1930 to walk from Sabarmati to the seashore at Dandi to break the salt laws, they made, austerely, unmistakably, and originally, a ‘point’. We could call it a javelin’s point — causing huge change, no hurt.

And the world applauded that silent triumph.