The internet is hell-bent on making spies out of citizens 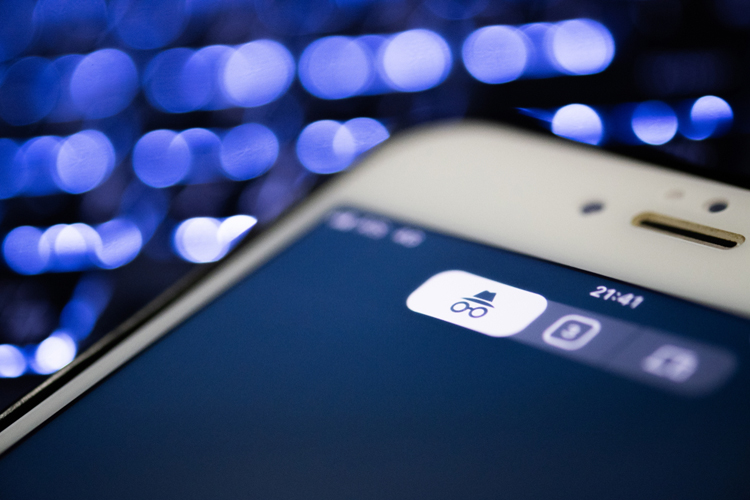 Anyone who has encountered ‘predictive typing’ in Gmail, or been offered ‘suggestions’ for future purchases by Amazon, or received ‘targeted advertisements’ on Yahoo, will immediately recognize how these make us think and act in ways that take the control of our own actions away from us
(Shutterstock)
Samantak Das   |   Published 28.11.19, 08:47 PM

Each one of us possesses a sense of self that is unique and unlikely to be confused with anyone else’s. There may be times when we sense our uniqueness melt away and merge with something beyond the ‘I’ that we, for the most part, take for granted — when we are cheering on our favourite team (think of the recent ‘Pink Test’), or participating in some collective ritual (doesn’t matter whether benign or malign), or sunk deep into a meditative trance that evokes that “oceanic feeling” that Romain Rolland, inspired by his study of Ramakrishna Paramahansa, wrote of in a letter to Sigmund Freud, among others. The defining characteristic of this self is its individuality, its private-ness. When I think of ‘me’, it is invariably this private self that I contemplate, not the many public selves that are on display in different avatars in different places and spaces: the columnist whose words you are reading right now; or the university teacher holding forth to a classroom of bored students; or the morning-walker making small talk with fellow peregrinators around Rabindra Sarovar; and so forth. But what happens when we lose our privacy? When the conditions that make it possible to think of this unique ‘I’ are taken away from us?

“Indians place very little value on privacy; at the same time they delight in secrecy.” So began a piece, written twenty-one years ago for this newspaper by perhaps India’s best-known sociologist, André Béteille. He went on to illustrate his thesis with the example of his own experience in a “south Indian village” where a young man would invariably come every afternoon to the room Béteille was renting, lay out his mat on the floor, and go off to sleep. When Béteille tried to explain to his influential “local patron” that the young man’s behaviour was making him “feel acutely uneasy”, he was met with bafflement. In Béteille’s words, “I might feel that my privacy was being invaded, but according to the moral code of the community in which I lived, I was just being selfish.” Béteille went on to assert that such loss of privacy leads inevitably to greater secretiveness on part of the privacy-deprived individual. In his words, “Secrecy becomes the natural defence against the excessive demands of gregariousness. People who are obliged to live in each other’s pockets develop a special urge to be secretive…”

At the time when Béteille wrote his article, few in India had heard of the internet and fewer still were aware of the impending digital, internet-based revolution that would change the very nature of our existence. Two decades on, we all live a significant part of our lives in the digital mode, where — along with increased access to information, goods, services, and a host of other things — we are also becoming increasingly aware of how every click of our mouse, every stroke on our keyboard, is being stored away, retrieved, analysed, and used to make predictions about, and exert control over, the trajectories of our lives.

An enormous amount has already been written about the consequences of this loss of privacy, but much of it has had to do with the content of the information and the data that are being collected from individual human beings; relatively less attention has been paid to the data about such data, the metadata, that are being collected and stored on each one of us. Advocates for protecting privacy, therefore, have typically focussed on the content of the data gathered on individuals. As a result, as emphatically pointed out by perhaps the world’s best-known whistle-blower, Edward Snowden, in his recently-published autobiography, Permanent Record, the law “gives substantially more protection to a communication’s content than to its metadata — and yet intelligence agencies are far more interested in metadata — the activity records that allow them both the ‘big picture’ ability to analyze data at scale, and the ‘little picture’ ability to make perfect maps, chronologies, and associative synopses of an individual person’s life, from where they presume to extrapolate predictions of behaviour.”

So, not just what I do, but, crucially, how I do what I do, becomes vitally important when discussing privacy in our digitally-determined world. For the knowledge of how I do things — in what order, to what degree, at what time of night or day, from where, and so on and so forth, ad infinitum — not only allows predictions about how I am likely to act in the future but also makes possible powerful ways of curtailing individual freedom, wresting away the autonomy, the freedom to do as I choose, that is such an important part of what I have called a “sense of self”. Anyone who has encountered ‘predictive typing’ in Gmail, or been offered ‘suggestions’ for future purchases by Amazon, or received ‘targeted advertisements’ on Yahoo, will immediately recognize how these make us think and act in ways that take the control of our own actions away from us. All of these can be seen as forms of subtle, and not-so-subtle, coercion, where, again, the autonomy of the individual self is eroded. Knowledge of such matters leads, perhaps inevitably, to self-policing and self-censorship, where we hesitate before visiting a particular website, pause before using a specific word, and think twice before using a service or purchasing a good. Once again, it is the private, autonomous self that is being eroded.

It seems that the internet is hell-bent on making spies of us all — guarding our secrets zealously as we negotiate a world where with every passing day we are giving up or losing what little we have left of our private, inviolate ‘Is’. Let me hasten to add, I am no digital Luddite, and I do think that the internet-led revolution has brought enormous benefits to all of us. But Béteille’s analysis of privacy and secrecy, coupled with Snowden’s account of how “[n]o matter the place, no matter the time, and no matter what you do, your life has now become an open book” (Permanent Record, p. 326), makes me wonder whether the internet is not pushing all of us into little self-made hidden vaults, where we are constantly trying to hide our motivations and actions, maybe even from ourselves. Of course, individuals (Snowden himself), organizations (Privacy International or our own Centre for Internet & Society), and governments (most notably, the European Union), not to speak of technologists and software companies (the Tor Project), are trying to ensure that individual privacy and human rights remain protected. But the battle to protect our inviolate, autonomous, individual selves in this age of the Internet of Everything is far from won — and not least because data gathering and mining make for very big business indeed. Whether we like it or not, we are all fighting in the battles over privacy, and secrecy, here and now.

We hate data collection. That doesn’t mean we can stop it.