POLITICS AND PLAY | The ‘Gujarat Model’ has gone national 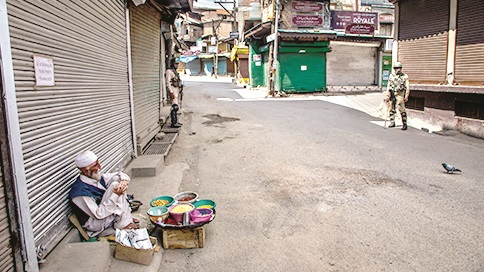 I have been reading a new book on the Gujarat riots of 2002 titled Undercover: My Journey Into the Darkness of Hindutva. It is written by Ashish Khetan, who did some excellent reporting on the aftermath of the riots, particularly on the process by which the perpetrators went unpunished.

Undercover is an important resource for scholars seeking to understand a bloody pogrom that occurred two decades ago. However, it also speaks directly to the present, since the regime that ruled in that state then is now in power at the Centre. “In Modi’s Gujarat,” writes Khetan, “if a bureaucrat or a police officer wanted to rise up the ranks, he had to implicate himself fully in the system’s deceit.” With Narendra Modi as prime minister and Amit Shah as home minister, this has become true of the Central government as well. And not just of bureaucrats and police officers either. Before 2014, official economic statistics issued by the Government of India were admired the world over for their reliability. Now, scholars don’t trust them anymore. In every sector, whether economics or health or education or electoral funding, deceit and dissembling, rather than truth and transparency, characterize the behaviour of this government.

Another consequence of the Gujarat Model being adopted countrywide has been the shrinkage of space for debate and dissent. To quote Khetan again: “Tools honed and deployed over twelve years in Gujarat are now being used on a national scale to subvert, harass and demonise dissent, with critics of Modi characterised, and often jailed, as opponents of and threats to the nation.”

To suppress peaceful dissent, the Modi-Shah regime has resorted to the arbitrary and excessive use of State power. The police and the intelligence agencies have been set to work to arrest individuals without notice, haul them off to jail, and — once they are safely behind bars — to begin assembling ‘evidence’ against them. Last year, the Delhi Police used the pretext of the February riots to come down with a savage hand on student leaders and feminist activists who had nothing to do with the riots, while refusing even to file FIRs against top BJP leaders who had openly called for violence. Of the police’s partisan handling of the riot cases, Julio Ribeiro wrote: “The patent injustice of Delhi Police’s approach is what riles the conscience of this old policeman.”

The malign intent of the State is manifest in, among other things, the proclivity of the police to make arrests on weekends, when courts are closed and lawyers not at hand. It is also manifest in the regular recourse to the Unlawful Activities (Prevention) Act, an extraordinary harsh piece of legislation whose offence provisions are (as one legal analyst writes) “criminally overbroad, excessively vague, and nothing short of a legislative carte blanche to state-sponsored violations of fundamental rights.”

The partisanship of the police, at the Centre and in the states ruled by the Bharatiya Janata Party, is demonstrated by the differential treatment of citizens according to their political affiliation. A climate activist tweeting in support of non-violent farmers is sent to jail for sedition; a politician calling for dissenters to be shot keeps his cabinet post. In town after town, the police indulgently look on as rowdy young men go from locality to locality, demanding that citizens donate money for a cause that is not their own. Vigilantism in support of the BJP is encouraged by the State even as peaceful expression by independent voices is met with imprisonment.

Senior police officers taking orders from politicians in power is, of course, an old phenomenon in India. And it occurs in states not ruled by the BJP too, as the case of Maharashtra most recently shows. However, what is especially disturbing in the Modi-Shah regime is the communalization of the police force. Again, this is not entirely new — as far back as the 1980s, the police in several states of northern India were seen to be softer on trouble-makers from the majority community than on trouble-makers from the minority community.

Now this majoritarian bias seems to have become more naked and explicit. In an article in The Indian Express, Vibhuti Narain Rai, a retired police officer whose integrity matches that of Julio Ribeiro, writes of a recent series of attacks by Hindutva mobs on Muslim homes in Madhya Pradesh. A video of these attacks caught an “unusual visual of a police inspector, his head hung in shame with two Hindutva zealots carrying saffron flags and a trident”. The inspector was embarrassed and ashamed, writes Rai, because “he and his colleagues were forced to watch hooligans plundering houses, beating hapless men and women and flaunting flags — all before the ashen faces of a large contingent of policemen.”

The visual shocked Rai, who, like Ribeiro, always wore his own khaki uniform with honour, seeking to prevent violence before it occurred regardless of the consequences to his own professional future. Tragically, there are ever fewer officers of such courage and calibre in service anymore. And so, as Rai sadly writes, “a new unwritten Madhya Pradesh Police manual has emerged, where the police are not supposed to resist the lawbreakers. Rather, it facilitates the thugs by making sufferers leave their houses to take refuge.”

In his book, Ashish Khetan writes of Gujarat under Modi that “[n]o government institution, no organ of the state was untouched by communal bias. The Gujarat police fabricated evidence...” The communalism of State agencies at the Central level has intensified since May 2014; and so have bribery and coercion in politics. Money and control of the State apparatus have always had a role in Indian politics; but never, before 2014, such a defining and determining role. The Election Commission’s scheduling of polls in different states is alleged to be influenced by the campaigning preferences of the ruling party. The misuse of the Central Bureau of Investigation and the Enforcement Directorate to harass political opponents was not unknown in Congress times, but the BJP has taken it to a different level altogether. The tiny Union territory of Puducherry was only the latest in a series of states and UTs where Opposition governments were made to fall by the threat of State power and the deep pockets of the BJP working in combination. And as this column was being drafted, the family of a leading Opposition politician in Tamil Nadu was raided, while in Assam a BJP minister threatened a political rival that the National Investigation Agency would be let loose on him. That both states are now witnessing assembly elections is not at all a coincidence.

In their quest for total power in Gujarat, Modi and Shah had three sets of allies: a committed civil service and police force, a pliant and propagandist media, and a submissive judiciary. (Of the courts of Gujarat, Khetan writes of how he experienced at first hand “the nadir of our criminal justice system, a subversion of what justice means and should mean to ordinary citizens”.) In their quest for total power in India, Modi and Shah have taken recourse to the same methods. They have had slightly less success, so far, for three reasons: first, several major states are not ruled by the BJP; second, although the major Hindi newspapers and most English and Hindi TV channels cravenly follow the party line, a few English newspapers and websites are still independent; third, although the courts have been timid and weak (especially on such matters as granting bail), there is the occasional judge standing up for individual rights and freedom of expression.

However, the overall direction of what Modi and Shah want, and where India is currently headed, is clear. To quote Ashish Khetan one last time: “Majoritarian rule untrammelled by law; the veneer of democracy minus the substance of constitutionalism... the constant undermining of minorities, particularly Muslims; the impunity for Hindu right-wing rioters as opposed to the harsh treatment, including unjustified arrests and imprisonment, meted out to those deemed to be on the opposing ideological side; the persecution of activists and human rights organisations; the misuse and abuse of institutional and judicial processes to target political opponents and dissidents—the systematic manner in which Modi exploits the power of the state to crush any opposition, the sheer scale of state persecution... is without precedent in India.”

A society in which one fears rather than trusts the police, where one cannot always expect judges to act fearlessly and without favour, where one’s innocence or guilt can be determined by what religion you belong to or which political party you vote for or fund — such are the consequences of the ‘Gujarat Model’ going national. We are, in institutional terms, farther away from the ideals of the Constitution than at any time since the Emergency of 1975-77 and, in social and moral terms, farther away than any time since the adoption of the Constitution on January 26, 1950 itself.