Given the inadequate health infrastructure in India, people may fail to reap the benefits of the scheme 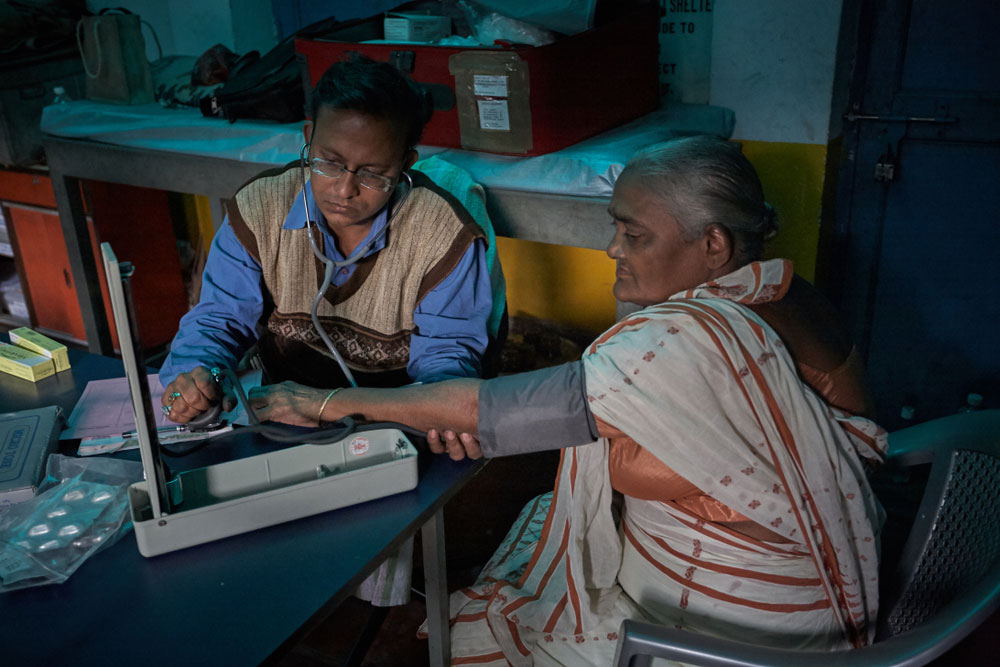 Funding the Ayushman Bharat scheme will cost the Central and state governments Rs 100 billion in the first year, tripling once awareness grows and all those entitled sign up
(Shutterstock)
Arindam Gupta   |   Published 11.02.19, 04:36 AM

The Central government’s flagship scheme, Ayushman Bharat, is expected to generate much political heat. With the Lok Sabha elections almost here, Opposition parties in the states will try to stop the Bharatiya Janata Party from gaining any political mileage. The potential of the scheme is thus marred by the lack of political consensus, especially with the BJP’s recent defeat in three major states. The West Bengal government has already decided to withdraw from the scheme. Ayushman Bharat was introduced in 2018 as the largest government-funded healthcare scheme. Most state governments, even ones ruled by Opposition parties, made the Centre’s task easy by joining the scheme. But as it became clear that the BJP would make this a poll plank, Opposition parties became critical of it. In fact, the Congress denounced the new scheme much before its latest slew of wins in assembly elections. As a result, Punjab declined to join the scheme.

Further, bearing 40 per cent of the premium cost appears financially tough for most states. Maharashtra, a BJP-ruled state, cited lack of funds for not joining the scheme initially. But special concessions were made for Jammu and Kashmir, Uttarakhand, Himachal Pradesh and the Northeastern states, mandating that they bear 10 per cent of the premium cost, and Union territories without a legislature were fully exempted.

Ayushman Bharat suffers from another anomaly. The states, with a constitutional mandate to frame their own health policies, could not understand how to merge the existing state schemes with the Central one. Owing to this lack of clarity, Rajasthan, then under the BJP, did not consent to the scheme at first. Differences also exist when it came to a model of settling claims. Odisha declared its state health scheme followed a trust-based claim settlement model, elaborating that common people were not to be harassed in any way by the insurance companies. Gujarat, on the other hand, proposed to opt for a trust-based settlement only of claims above Rs 50,000.

Funding the scheme will cost the Central and state governments Rs 100 billion in the first year, tripling once awareness grows and all those entitled sign up. This may be a conservative estimate as the premium per family, per annum is to be about Rs 1,000. But according to the National Health Profile 2018, the per capita expenditure for the Employees State Insurance Scheme for 2016-17 was Rs 505, from which an average family expenditure of Rs 2,525 could be estimated for a family of five members. Moreover, the credit rating agency, Crisil, estimated a premium of Rs 1,765 per family for an average claim of Rs 20,000. This might raise the estimated cost of the scheme, increasing the financial burden of states and forcing them to compromise on the more significant issue of health infrastructure development.

The Indian Medical Association has expressed reservations about the packages to be provided as well. The scheme will cover 1,354 medical and surgical packages in 25 areas such as cardiology, neurosurgery and oncology. It has been alleged that the packages are cheaper by 15-20 per cent than the Central Government Health Scheme for some diseases. The gravity of the accusation made the Niti Aayog decide to set up a group of experts to look into the pricing of the treatments.

Given the inadequate health infrastructure in India, including an uneven distribution of hospitals and doctors, people may fail to reap the benefits of the new scheme. Ayushman Bharat has a provision for setting up 0.15 million health and wellness centres. So far, 15,972 hospitals have been empanelled. This has reportedly led to a significant rise in hospitalisation in the states that joined the scheme. The compounded monthly growth in number of hospital admissions is an estimated 47 per cent. In states like Bihar, Jharkhand and Uttar Pradesh, which are lagging in national health indicators, more than 50, 67 and 70 per cent growth, respectively, in monthly hospital admissions has been recorded. Such growth is mysterious, especially in states where there is an acute lack of awareness about health insurance.