POLITICS AND PLAY | The Election Commission and Indian democracy 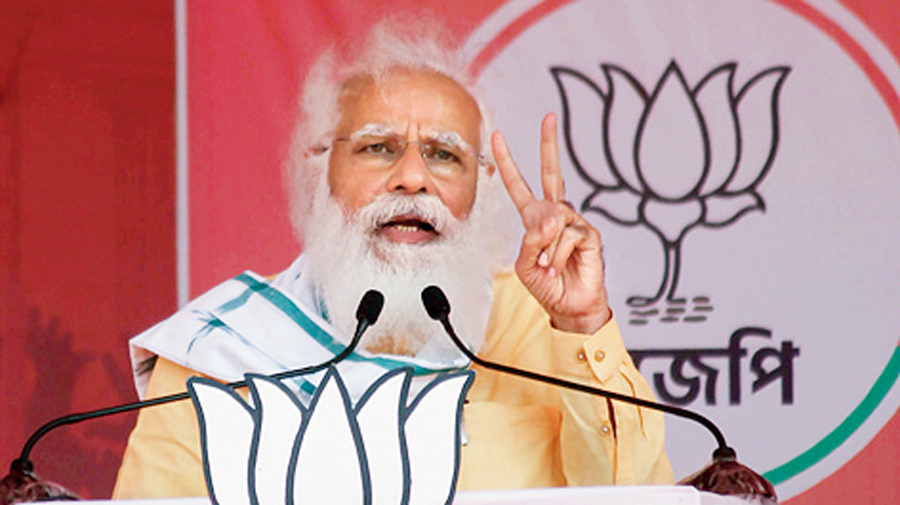 Watching television on election day is unnerving for senior citizens, because of the cacophony of shrieking voices and the maniacal jumping around on screen of all sorts of numbers and images. Therefore, for some years now, I have preferred to use Twitter to update myself on counting day. It is quieter, less offensive to the eye, and — so long as one is not ‘live-tweeting’ oneself — calmer for the nerves as well.

So, on Sunday, May 2, when votes for polls held in four major states and one tiny Union territory were being counted, it was mostly via Twitter that I chose to follow the news. When I went to the site on Sunday morning, the first tweet that caught my eye was not about votes or leads or candidates or parties, but about the body that had — supposedly — impartially and constitutionally supervised these polls. This was the handiwork of the writer, Sidin Vadukut, whose tweets are notable both for their lack of rancour and their sardonic wit. Here, Vadukut had posted a news item reading: “BREAKING NEWS: Election Commission goes to Supreme Court against ‘should be booked for murder’ comments of Madras High Court”, with this comment of his own: “Supreme Court should hear this case in 35 phases spread over 15 years.”

The reference, of course, was to the bizarre decision of the Election Commission to conduct the polls in West Bengal over eight phases, extending over a month-long period, with the first phase held on March 27 and the last on April 29. The decision was made stranger still by the contrast with the state of Tamil Nadu, which was also due to elect a new assembly, but where the EC had mandated that all voters would vote on a single day, April 6.

Google tells me that, area-wise, West Bengal is smaller than Tamil Nadu, roughly 79,000 against 1,30,000 square kilometres in extent. However, West Bengal has more people, with roughly 100 million residents as against about 79 million in Tamil Nadu. And it also has a more turbulent political history, with greater violence between rival parties than in Tamil Nadu. This last characteristic might have mandated a two- or three-phase election perhaps, but eight phases was carrying it too far.

What made the EC decide on such an agonizingly extended exercise in the case of West Bengal? We shall never know for certain. The Narendra Modi government has effectively gutted the Right to Information Act, and the decision must have been taken on the basis of oral conversations anyway. However, what we do know for sure was that having eight phases allowed the Bharatiya Janata Party’s star campaigner, Prime Minister Narendra Modi, to make many more trips and address many more rallies in the state than if the polls had been conducted in two or three phases.

It was also well known that the BJP was desperate to come to power in West Bengal. Since 2014, Amit Shah had made countless visits to West Bengal, touring all parts of the state, holding rally after rally. In his outreach he determinedly addressed the anxieties of both the elite as well as the subaltern. Thus he praised Tagore (while getting the place of the poet’s birth wrong), and praised Vidyasagar (while, allegedly, his own partymen were vandalizing a statue of the reformer). He had himself photographed having lunch in a Dalit home, and bowing in respect to what he thought was a statue of the tribal icon, Birsa Munda (although it turned out to be someone else altogether).

After becoming home minister in 2019, Shah dovetailed the Union government’s policies towards his party winning West Bengal, most notoriously via the Citizenship (Amendment) Act, which was aimed explicitly at providing assurances to Hindu refugees from what was once East Pakistan and what is now Bangladesh. Meanwhile, his boss, Narendra Modi, also made many trips to West Bengal, not all — or perhaps not even a significant proportion — connected with his prime ministerial duties. Like Shah, Modi was desperate to win this assembly election for this party. He even campaigned for it during an official visit to Bangladesh, in violation of precedent and protocol. And we can safely assume that his growing a longer beard was not conducted in emulation of the Dravidian reformer, Periyar, or of the Malayali reformer, Sri Narayana Guru, although both men disliked shaving as much as Gurudev, and although both Kerala and Tamil Nadu were going to the polls at the same time as West Bengal.

Whether the EC’s mega multi-phase election for West Bengal was influenced by the desires of the BJP one shall never know for certain. Back on March 16, when the schedule was announced, The Indian Express rather delicately observed that “the ruling TMC is likely to receive a setback due to this prolonged election schedule”. The Trinamul Congress’s own poll strategist, Prashant Kishor, has been more blunt. “I have never seen a more partial Election Commission”, he remarks. Calling the poll panel an “extension” of the BJP, he says that “from allowing use of religion to scheduling poll and bending rules, EC did everything to help the BJP”.

The EC’s response to Kishor’s strictures is awaited. However, with a pandemic on, there can be no doubt that the decision to conduct such a prolonged campaign and to allow so many mass rallies was seriously ill-conceived. That the later stages of the polls were not clubbed together even when the pandemic spiked must count as an act of criminal negligence. As the cases and deaths mount in West Bengal, the role of the EC in acting as the virus’s principal accomplice in the state has become starkly evident.

Since the results came in last Sunday evening, much ink has been spent on the lessons for the individuals and parties concerned. Will the victory of the TMC in West Bengal stoke Mamata Banerjee’s prime ministerial ambitions? Is the victory of the Left Front in Kerala a reward for good governance? Having failed at winning West Bengal, despite all the effort and money it threw into the campaign, will the BJP be adequately consoled with retaining power in Assam? Shall the Congress’s reverses in Assam and Kerala, and its total wipe-out in West Bengal, at last make the Gandhis make way for a more effective leader?

As these questions are discussed, this column asks another, and arguably even more important, question — has the credibility of the Election Commission of India ever been lower than at present? As I discuss in my book, India after Gandhi, our country had the great good fortune of having an outstanding individual as its first election commissioner. This was Sukumar Sen, who organized the first and second general elections, comprehensively putting systems in place for voting to be conducted in a free and fair fashion, and with utter impartiality towards all parties and candidates in the fray. It was “largely due to Sukumar Sen,” wrote Shankar’s Weekly in February 1957, that “the most impressive gift we have given to Asia in the first decade of our freedom is the system of elections that has been perfected in this country”.

Between Sukumar Sen and Sunil Arora, who organized the recent elections in West Bengal, there have been twenty-one other chief election commissioners. Of these, some have been competent, some undistinguished, and some outstanding. In the last category were T. Swaminathan, who successfully oversaw the 1977 elections held when the Emergency was still on; T.N. Seshan, who cleaned up the system after it had been clogged up by corruption and booth-capturing; and, in more recent memory, N. Gopalaswami, J.M. Lyngdoh, and S.Y. Quraishi.

Till the advent of T.N. Seshan, there was only one election commissioner; however, in the 1990s the EC was made a three-member body, in part because the Congress government then in power wanted to keep Seshan in check. Even so, the Constitution insulates the Election Commission from political interference. To what extent the EC maintains this autonomy and resists pressure from the political establishment depends very much on the individual in charge. Sen, Swaminathan, Seshan, Gopalaswami, Lyngdoh and Quraishi kept the Commission absolutely independent and totally focused on the job at hand. Notably, none of them accepted a cushy post-retirement job from the government. Their rectitude was in striking contrast to the conduct of M.S. Gill, who accepted a Rajya Sabha seat and even became a minister in a Congress-led government after demitting office as CEC.

In the past, some CECs may have occasionally bowed a bit to ministerial or prime ministerial pressure. But never to such an extent as has occurred since 2014. Well before the West Bengal elections, this complicity was manifest in the last general elections, when the EC allowed falsehoods and communal poison to be spread by ruling party candidates across India, even permitting the prime minister to shamelessly seek votes under the guise of a ‘pilgrimage’ to Kedarnath. That the Election Commission tacitly endorsed the scandalous electoral bonds scheme is another indicator of its partisanship.

There are three years to go until the next general elections. As we discuss what is on Mamata Banerjee’s mind, whether the Congress can renew itself and if Narendra Modi will win a third term as prime minister, let us not forget the institutional questions that lie beyond parties and politicians. For the future of Indian democracy may now critically depend on when, whether, and to what extent the Election Commission of India can recover its once-high reputation for independence and competence.