Advertisement
Home / Opinion / The decline of the Congress: lessons from Mughal history

The decline of the Congress: lessons from Mughal history 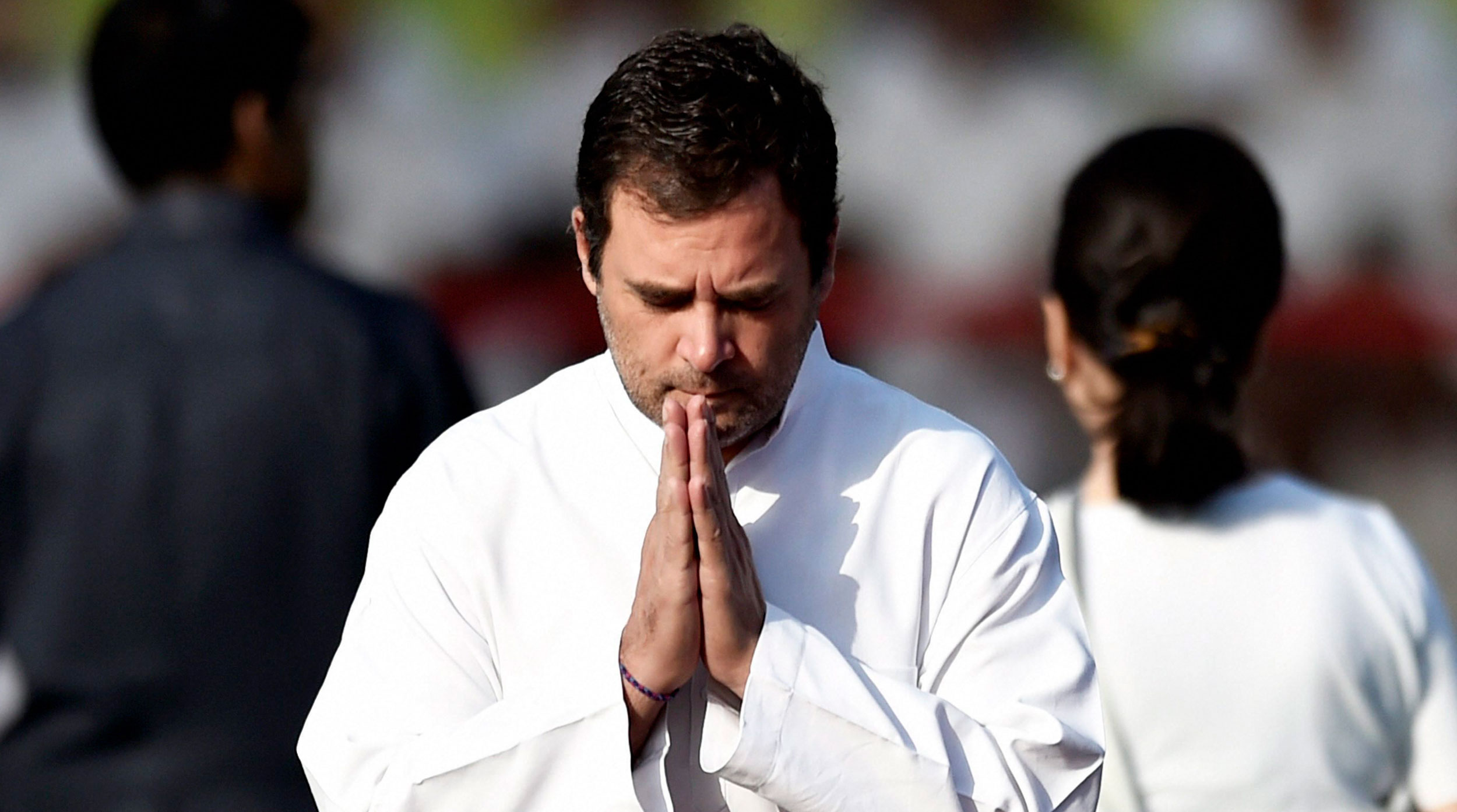 Rahul Gandhi pays tribute to Jawaharlal Nehru on his 55th death anniversary, at Shanti Vana in New Delhi on May 27, 2019. The Congress gained its ground from the national movement, with the majority of its supporters rooting for the charismatic leadership of Jawaharlal Nehru and Indira Gandhi
(PTI)
Prakhar Singh   |   Published 08.07.19, 11:02 AM

Ahmad Shah ascended the Mughal throne at the young age of 22 in 1748. He was the seventh ruler within a span of 40 years after the death of the last great Mughal ruler, Aurangzeb, in 1707. The incapacity of the rulers who succeeded Aurangzeb to govern such a massive empire led to its free fall.

Ahmad Shah had no training in warfare or governance. The historian, Jadunath Sarkar, writes, “he [Ahmad] grew to manhood as a good-natured imbecile.” During his tenure, he led the empire to an irreversible moral decline and further weakened the administration.

The present state of India’s Grand Old Party shares an uncanny resemblance with the Mughal dynasty in its twilight hour. Given his administrative inexperience, whether Rahul Gandhi fits in with the character of Ahmad Shah is for the readers to decide. However, naivety of leadership and incapacity arguably bind Rahul Gandhi’s Congress to the Mughal dynasty after Aurangzeb’s demise.

In his four-part series, Fall of the Mughal Empire, Sarkar noted that “The dismemberment of the Mughal Empire was immediately preceded in each of its lost provinces by the exceptionally long rule of some exceptionally capable viceroy, who completed his work by founding a dynasty and transmitting his power to his own family”. In Bengal, Murshid Quli Khan ruled from 1710 to 1727; in the Deccan, Nizam-ul-mulk Asaf Jah, first appointed to vice-royalty in 1713, ruled till 1748. Similarly, Oudh had Saadat Ali Khan for a long period. One common thread among these regional leaders was their inclination to transfer power to their own families.

Look back and learn

The Congress finds itself on the same pages of history in this context. The chief ministers of most Congress-ruled states — political stalwarts with established bases — have introduced their families to elections. Nakul Nath, Vaibhav Gehlot and Raninder Singh were all fielded in the Lok Sabha polls. The central leadership being fragile, there is always the threat of a regional split. Incidentally, the Congress had suffered splits in the past too: the Swaraj Party broke away in 1923; another defection took place in 1969 under K. Kamaraj, while Mamata Banerjee formed the All India Trinamul Congress in 1998. However, despite such desertions, the Congress remained relatively unscathed. That is because unlike today, it had a strong central leadership.

The Bharatiya Janata Party is riding the wave that the Congress rode in the 1960s and the 1970s. Apart from the stark ideological differences, both outfits function in different ways. The Congress gained its ground from the national movement, with the majority of its supporters rooting for the charismatic leadership of Jawaharlal Nehru and Indira Gandhi. The BJP, on the other hand, is cadre-based and dependent on the ground presence of the Rashtriya Swayamsevak Sangh. The BJP, much like the Congress, has strong regional leaders. However, they are not loyal to a particular person or a family, but have a common ideology.

Sarkar wrote that “The Mughal Empire, established in 1556, had united much of the Indian continent under one sceptre, given it a uniform civilization whose conquering light had penetrated beyond the bounds of that empire, and on the whole promoted the general happiness of the people in a degree unapproached except in the mythical past.” The Indian National Congress has played a similar role in the unification and independence of this country. We might be witnessing the end of the party to which we owe the nation’s independence. Time will tell whether this decline and the vacuum that is created as a result in national politics will be catastrophic for Indian democracy.

Rahul Gandhi: Not Congress president now, but will continue fighting

Mughals and the making of the Indian ethos