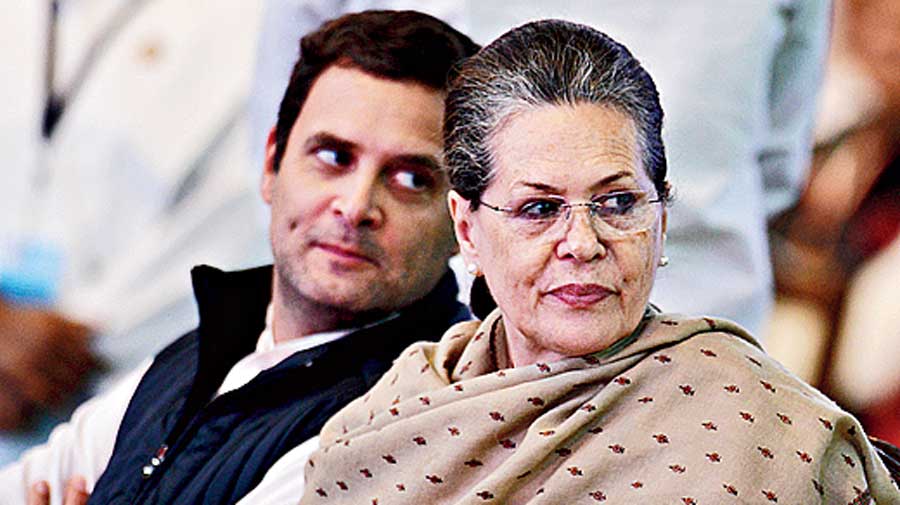 The only solace for the ruling Bharatiya Janata Party in a challenging political year is that the year has, arguably, been worse for the Congress. The latter lost all three states — Assam, Puducherry and Kerala — where it could have reasonably expected to win. Worse, it got wiped out in Bengal, losing all the 44 seats it held in the state assembly. In Uttar Pradesh, the party performed poorly in the panchayat elections, reinforcing its marginality in the crucial state.

This unstoppable decline of the Congress has prompted another round of a debate that has been going around for a while now: how can the Congress revive itself? A recurrent argument charting the road to revival for the Congress hinges on greater ideological clarity. The Cambridge professor, Shruti Kapila, recently made that case again when she called for a purge of Hindutva elements from the Congress. The party, she argued, needs to frame its politics in terms of a grand ideological clash against the Hindu nationalism of the BJP. This way, it can forge a powerful ideological coalition, bringing together all social groups disenchanted with Hindutva politics.

This argument has a strong moral and intellectual appeal among members of the intelligentsia dismayed by the steady ‘Hindutvaization’ of the Indian polity. But is ideological clarity a realistic recipe of revival for the Congress? A careful analysis of the evolution of the Indian electorate as well as the nature of the Congress should lead to serious doubts about this rousing prescription.

The first thing to understand about the Congress is that it has always been a broad-tent centrist party. It had a strong representation of conservatives during its heyday of Nehruvian dominance, a legacy of its formation as an umbrella coalition leading the freedom struggle. Even when the Congress veered leftwards economically under Indira Gandhi, it did not give up its mantle of mainstream nationalism. Indeed, on questions of national security and identity, Indira Gandhi’s preferred approach was a hard, hawkish stance. The key to the appeal of the Congress was its claim to be India’s natural party of governance: only the Congress could represent, and unite, all sections of a staggeringly plural society, anchored in a philosophy of ideological moderation.

When centrist parties anywhere in the world suffer electoral reverses, they inexorably attract calls for greater ideological clarity. The party can only revitalize itself by moving leftwards or rightwards, the argument goes. However, this strategy does not work for centrist parties, as a recent paper by the political scientist, Roi Zur, demonstrates, using survey data from Canada, Finland, Germany and the United Kingdom.

The parties of the Right and the Left can revive themselves with ideological re-positioning, exploiting the divisions of a polarized electorate, but not centrist parties. Since the vote share of centrist parties is more or less evenly distributed across the political spectrum, they gain little by re-positioning — losing right-leaning voters when they shift Left, and left-leaning voters when they shift Right.

This centrist dilemma is particularly acute for the Congress as the ideological middle ground of Indian politics has steadily shifted towards Hindu majoritarianism. A substantial majority of voters support policies such as the removal of Article 370 or the Supreme Court judgment on the construction of the Ram Mandir, while a comfortable plurality backs the government’s stand on the Citizenship (Amendment) Act. The Congress has tactfully welcomed the Ram Mandir judgment while lending a muted opposition to Article 370 and the CAA. If surveys are to be believed, were the Congress to ditch its ambiguity and hesitancy and take clear and strident positions on these high-pitched ideological issues, it would only stand to lose electoral support, particularly in northern and western India. Conversely, if the Congress shifts rightwards, it can hardly be expected to outflank the BJP, while opening itself to further erosion of its Muslim support base.

A key mistake Indian proponents of greater ideological clarity make is imagining a bipolar ideological landscape, like the United States of America, divided between an almost equally strong right- and left-wing. This is certainly not the case in Indian politics where Hindu majoritarianism presently enjoys a position of dominance, and not many voters are moved by secularism or liberalism. There are indeed spaces for a clearer ideological opposition to the BJP in certain states, where, as I argued in a previous article, regional-linguistic pride can offer a potent antidote to the homogenizing doctrine of Hindu nationalism. But even here, two caveats are in order. One, even regional parties such as the Trinamul Congress frame their opposition in terms of the centralizing aspect of Hindu nationalism while skirting around the aspect of Hindu majoritarianism. And two, this strategy is hard to scale up at a national level, particularly for an all-India party such as the Congress, whose ideological contestation with the BJP draws in trickier issues of national security and national identity.

If ideological re-positioning is ruled out as a means of revival for the Congress, how then can the party revive itself?

Political parties have two sources of appeal: ideological and valency. Ideological appeal is predicated on the position of the party on a range of policy issues across the right-left spectrum, while valency appeal is based on the image of a party for competence in the realm of governance. The valency image of a party is conceived in terms of non-policy attributes such as competence, integrity and leadership ability. People vote for centrist parties because of their high valency image: ideological moderation is associated by people with the ability to make the necessary adjustments and compromises to ensure the delivery of public goods.

The decline of centrist parties is preceded by the loss of their valency image. The decimation of the Congress in 2014 and 2019 owed itself to the dramatic loss of its image as a party of governance. The tumultuous last years of the Congress-led United Progressive Alliance were marked by a succession of scams, steep price rise, large-scale protests, intra-party battles and almost a loss of will to take hard decisions. The Congress has yet to truly shake off the long shadow of that ignominious period and resurrect its valency image.

It is also presently provided with a unique opportunity to do so: the valency of the main Opposition party is generally expected to rise as the valency of the governing party registers a fall. The reconfiguration of valency images particularly takes place in the event of a large-scale crisis, such as an economic shock. We see this happening with the BJP as the party has in large part ceded its image of competence: as many as 80 per cent of respondents told a survey that they do not feel that the country is on the right track. If the Congress can project an image of competence, it can realistically hope to own those issues whose ownership can change hands in the short term: unemployment, price control, social welfare. Even if the BJP holds on to its long-term ownership of ideological issues of national security and national identity, a loss in ownership of macro-economic issues to the Congress would see its support plummet in favour of the Congress, as happened in 2009.

This brings us to the last part: how can the Congress improve its valency image? First, it needs to settle its leadership question and unite the party’s squabbling ranks. A party that cannot set its own house in order inspires little hope in the electorate in its ability to govern the country. Second, it needs to leverage its control over state governments to demonstrate the competence and integrity of the Congress. Much like the Gujarat Model was used by the BJP, the Congress needs to develop Punjab, Chhattisgarh and Rajasthan into alternative models of Congress governance.

Third, the party needs to act as a shadow government: regularly communicating to the people in a detailed manner how it would solve the pressing problems confronting the country. The well-pointed suggestions and criticisms of Rahul Gandhi over the government’s handling of the coronavirus pandemic is a welcome step in this direction. However, the party needs to expand its channels of communication to make sure these messages actually reach the ground. And fourth, it needs to talk more about the UPA, not just honestly reflect where it went wrong, but also remind the people of some of its many remarkable achievements.

The path to revival for the Congress party does not lie in ideological clarity or confrontation, it lies in proving once again to the people that it is indeed India’s natural party of governance.

As I had argued in a previous piece, regional parties can profitably employ regional-linguistic pride in their battles with the BJP, as an antidote to the assimilative vision of the saffron camp. However, this option is not available to a national party such as the Congress, vying for power in Delhi, whose contestation with the BJP takes place around national issues.