Would the Snowman be called Yetiji had it not been blessed with simian blood? 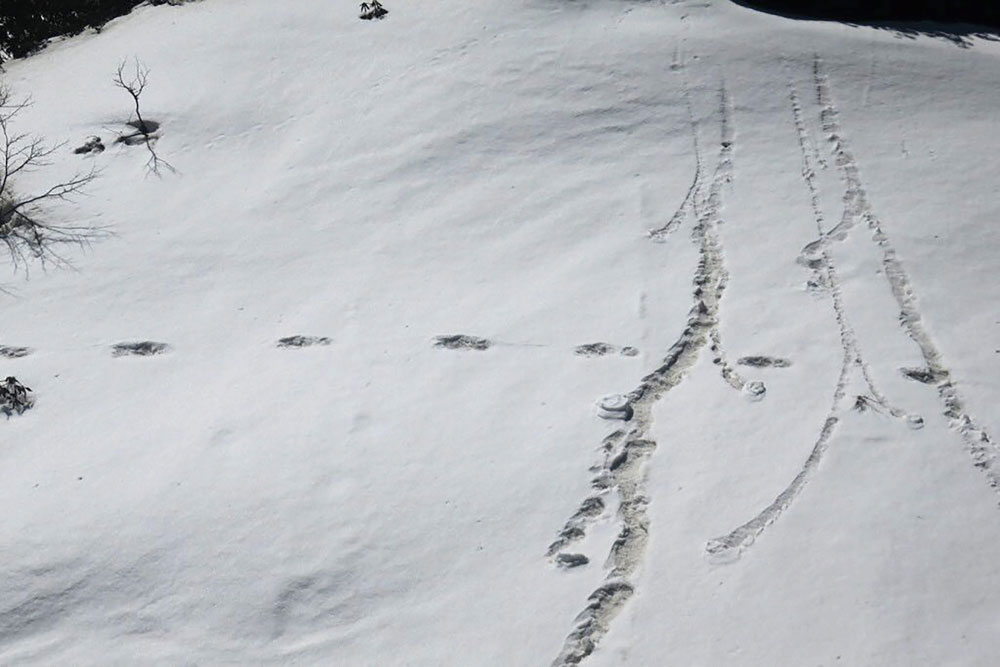 Footprints which were sighted by an Indian Army expedition team near the Makalu Base Camp in Nepal on Tuesday
Picture by PTI
The Editorial Board   |   Published 04.05.19, 02:46 AM

Is the funny bone, also known as the humerus, missing from the constitution of some ideologues? Their solemnity does, indeed, make this plausible. The Indian army had recently announced that one of its mountaineering teams had spotted the footprints of the yeti, causing a massive outpouring of mirth on social media. An example of the spirit of good-natured ribbing that lights up digital spaces occasionally was the quip by a tweeter who speculated that the mythical creature, which has fascinated but eluded explorers, scientists and writers, must have come out to vote for the current prime minister. But Tarun Vijay, a former minister of the Bharatiya Janata Party, could not spot anything funny in these exchanges. He even had a piece of dour advice for the army whose valour is used by Mr Vijay’s party to hide its warts. While saluting the accomplishment of the mountaineers, Mr Vijay requested them and, presumably, Indian citizens, not to address the yeti as a ‘beast’ — an abominable choice. ‘Snowman’, in Mr Vijay’s opinion, would accord dignity to the legendary ape. It is surprising that Mr Vijay, the member of a party that apparently has a monopoly on the matter of love for the nation, settled on an English name for the species. Would not a desi prefix suit the Snowman better, especially since the unthinkable — the sighting of the yeti — has taken place on the watch of a nationalist government at the Centre? ‘Yetiji’ would have been a perfect way of lending dignity to the creature while keeping the Great Indian Tradition intact.

Mr Vijay’s concern for the dignity of an entity whose existence remains in considerable doubt is touching. The BJP’s adversaries — political and ideological — must be wishing that the party was equally eager to restore the respect of specific pedagogies, people and institutions in New India. Take the case of the scientific spirit, now quivering in the storm of unreason. The crippling of scientific institutions, by political interventions and the choking of funds, may have transported the fabled yeti into the real world. India’s minorities, vilified, assaulted and even lynched at times, have been forced, in the course of the last few years, to raise searching questions about the BJP’s commitment towards respecting other faiths. Meanwhile, there is concern that the dispensation is systematically chipping away at the respect and the autonomy of institutions considered to be the vanguard of democracy.

The Snowman must consider itself luckier than other lesser species in Narendra Modi’s country. Unlike farmers, day labourers, adivasis, intellectuals, rationalists, dissenters, political opponents — some of the other constituencies that find themselves neglected and stripped of respect — the yeti can, at least, demand veneration from this land. Ancestry may have tilted the scales in its favour. Would the Snowman be called Yetiji had it not been blessed with simian blood?

Yeti footprints or foot in mouth? Twitter laughs at Indian Army and Modi