The case of Ollie Robinson 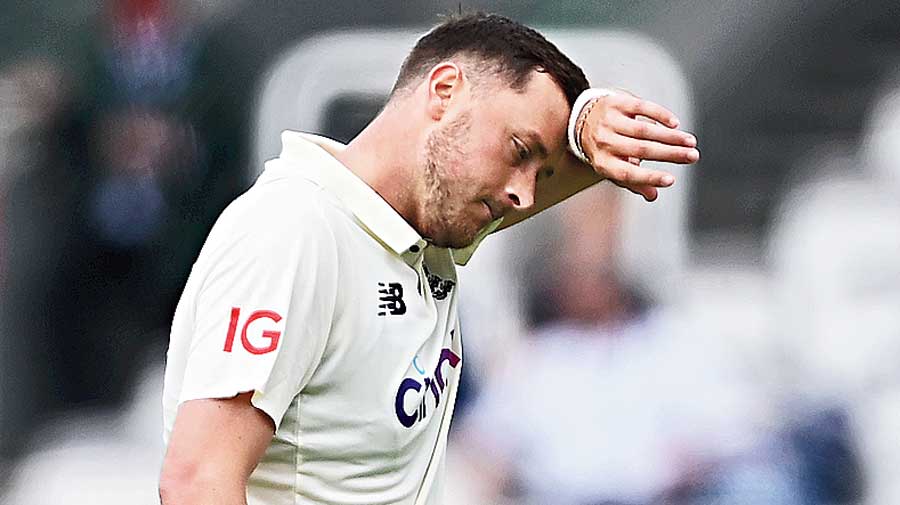 Should sportsmen be punished for saying or doing bigoted things on or off the field of play? To ask the question is to answer it; no one, in this day and age, will say that that prejudice should get a free pass.

In England, football has led the way, with campaigns to kick racism out of the sport going back nearly thirty years. Racist fans are expelled from the stands, even banned from stadiums. England’s football team has reaffirmed its commitment to anti-racism by insisting on ‘taking a knee’ before its Euro Cup matches despite being booed for doing so by a section of English fans.

English cricket has been less enthusiastic about calling out racism. This reluctance goes back half a century, when the English cricket board had to be pushed by popular pressure and government disapproval into calling off a tour by apartheid South Africa’s cricket team. England’s clubby, white, male cricket administrators have been model reactionaries. They have to be shamed into setting their house in order. The whiteness of the England and Wales Cricket Board’s management and, lately, the whiteness of the English cricket team haven’t exactly helped foster self-awareness about racism.

Which brings us to Ollie Robinson and his ‘historic’ views about black people, Muslims and women. These were tweeted out when he was eighteen and nineteen. He is now 27. He has apologized publicly and, despite an excellent debut, been suspended from international cricket pending an enquiry into his conduct as a professional cricketer.

For some, including the prime minister, Boris Johnson, and his minister for sport, Oliver Dowden, the apology was punishment enough. They felt his suspension was an overreaction. Johnson and his minister saw in this punishment a free culture war opportunity to mock wokeness, which, for Tory politicians, is a political gift. Johnson was also defending, by implication, his own record; if a man with a history of racial and ethnic gibes about black people’s ‘watermelon smiles’ and burqa-ed Muslim women’s ‘letter box’ looks could be elected to the highest political office in Britain, why should Robinson’s Test career be put on hold for teenage bigotry?

For some, Robinson was punished not for bigotry but for embarrassing the ECB. As Michael Vaughan, the former England captain and commentator, observed, it was astonishing that English cricket’s governing body didn’t do due diligence before employing players to represent the country. Ironically, the ECB’s embarrassment was compounded by its attempt to deflect criticism for the English team no longer taking the knee. In a photo-op just before play began, England’s players committed themselves, in suitably captioned T-shirts, to a whole menu of resolutions intended to make English cricket more inclusive. Ambushed by Robinson’s youthful ‘indiscretions’ on the same day as its ‘Moment of Unity’ campaign against racism, sexism and religious intolerance was launched, the ECB was left looking for a public sacrifice and Robinson was the obvious candidate.

Michael Holding, the great West Indian fast bowler and expert commentator who had caught the public imagination in July 2020 for a passionate, spur-of-the-moment monologue about racism and discrimination during a rain delay, said that the ECB had done the right thing by suspending Robinson from international cricket while it investigated his record in the years since those tweets. But he wanted the investigation to be swift so that the suspension could be revoked if it found that Robinson hadn’t re-offended. He argued that people deserved a second chance especially if their offences were old ones.

Michael Carberry, a black cricketer who represented England in half-a-dozen Tests, was less forgiving. He said that if it were left to him, Robinson wouldn’t play Test cricket again. He thought Robinson’s apology was scripted and he felt that the only way of putting an end to chronic racism in sport was tougher sanctions. He thought symbolic gestures like sportsmen taking the knee were gimmicks that made no difference in the real world.

Carberry and Boris Johnson, coming from opposite ends of the argument, were sceptical of the value of taking a knee. Johnson criticized Robinson’s punishment as excessive, and he refused to criticize a section of English football fans for booing the national team during a home game for taking a knee. He said it was their democratic right to express their disapproval peacefully.

Tory positions on taking a knee and Robinson’s suspension are of a piece. A young white cricketer’s tweets (made, however, when he was an adult) needed no more than a public apology. Johnson and his sports minister, Dowden, agreed that Robinson’s suspension was ‘over the top’ and that the ECB ought to reconsider its decision. On the other hand, the multi-racial English football team’s symbolic protest against historic racism in sport and in society was seen as so divisive and offensive that one Conservative MP compared it to British footballers being pressured to make the Nazi salute during a football match in Berlin in 1938; another vowed not to watch any English matches during the Euro Cup and Britain’s Conservative prime minister couldn’t bring himself to ask his countrymen to stop booing the English national team at the first time of asking.

Pleading Robinson’s case while publicly denouncing kneeling footballers for being militant Marxism’s useful idiots casts white people as historically well-meaning but occasionally erring innocents, while stereotyping critics of racism, both black and white (the English football team, for example), as deluded pawns of sinister militants or virtue-signalling poseurs or both.

When Holding asked that Robinson’s suspension ought to be as short as possible, he made it conditional on the ECB making sure that he hadn’t offended again since those youthful tweets. Holding wasn’t offering Robinson absolution; he was saying that there ought to be a statute of limitations on a young person’s offences if he had outgrown that persona. The fact that Johnson and Dowden took the positions they did on Robinson’s bigotry and on England’s footballers taking the knee, at the same time, is revealing. It allows us to see them for what they are: English nationalists offering sympathy and solidarity to someone they see as one of their own.

Watching all this play out at a great distance from Delhi is oddly depressing. Regardless of the rights and wrongs of the Robinson controversy or the back-and-forth about taking a knee, at least these were matters being vigorously debated by English cricket commentators, administrators, sportsmen, journalists, politicians and incensed letter writers. Even Johnson was finally nudged into asking fans not to boo the English football team by the weight of public opinion.

This is very unlike India, where Test cricketers tweet out government policy in chorus, where the mainstream media amplify this propaganda, where cricket administrators can accuse an exemplary cricketer and coach, Wasim Jaffer, of being communal on no evidence whatsoever, where his former teammates stay utterly silent in the face of this accusation because the Board of Control for Cricket in India (such an appropriate name!) is run by the minions of a majoritarian ruling party openly hostile to Muslims.

It’s the difference between free citizens disagreeing and clients doing what they’re told.