The case for free speech

The rise of the Hindu Right electorally has coincided with the employment of ‘hate speech’ to manufacture and propagate a sectarian, communal ideology 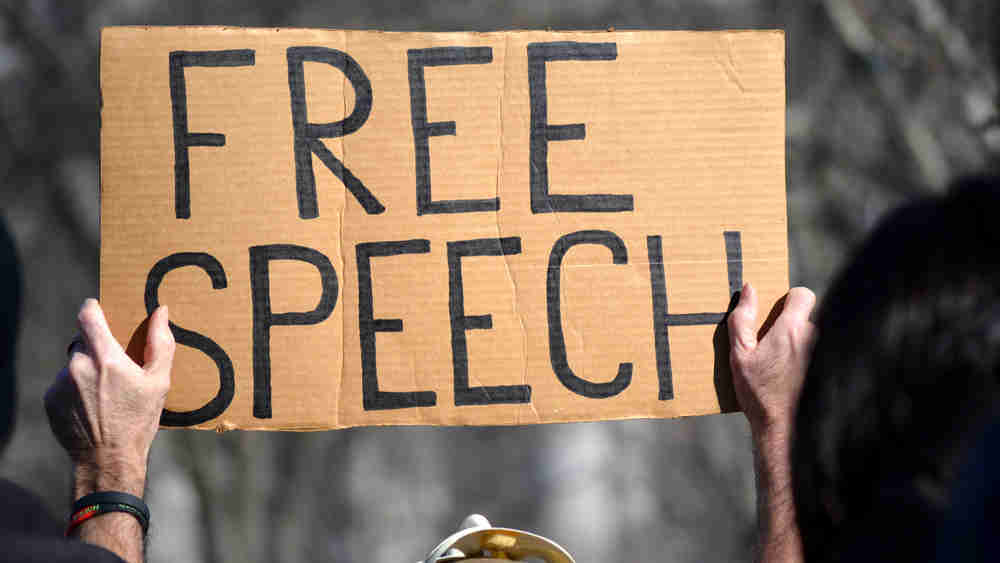 The contest between freedom of speech and ‘reasonable restrictions’ on it is a mature one. The dilemma of liberal democratic societies lies in their ambition to strike a balance between freedom of speech and the risk of over-reach. The defence of free speech endorses an absolute liberty of expression that is necessary to take an argument to its logical limit. Yet, competing struggles open up between authority and liberty when it comes to defining the boundaries of free speech within constitutional, democratic traditions.

The rise of the Hindu Right electorally has coincided with the employment of ‘hate speech’ to manufacture and propagate a sectarian, communal ideology. The silence of the political leadership on hate speeches by saffron outfits on several instances is an indication of the populism-driven, covert support for the phenomenon to reap electoral dividends.

The founding fathers of the Constitution were discreet in their articulation of risk-creating speech that was capable of destroying the multicultural fabric of a post-Partition, infant democracy like India. The Constituent Assembly conscientiously linked the constraints on fundamental freedoms to ‘public order’ and ‘morality’, even though many members objected that any law that punished the publication or utterance of seditious, obscene, blasphemous or defamatory matter would be antithetical to the right to freedom of speech. The Constitution guaranteed the freedom of speech and expression under Article 19. However, it also delineated reasonable limitations on the provision.

Responsible speech is essential for liberty under Article 21. In fact, there are elaborate provisions in the Indian Penal Code to deal with the offence related to incitement. Yet, an anti-hate-speech legislation is notoriously difficult to interpret. Mere injury to the feelings of citizens is a subjective proposition and may not be a valid ground for the suppression of free speech or its criminalization.

The courts have been diffident when it comes to spelling out the exact elements of hate speech, conceding that the provisions of penal law are sufficient to bring the offenders to book. In Pravasi Bhalai Sangathan v. Union of India, the court, on the one hand, recognized the adverse concussions of hate speech on the affected communities and, on the other, problematized “confining the prohibition to a manageable standard”. The dilemma is classic — whether defining a manageable standard jeopardizes the freedom of speech. In Ramesh v. Union of India, the court harped on the proximity of imminent danger to a community as the punitive premise for defining hate speech. The true test is whether the speech is the real provocation to violence. This is similar to Justice O.W. Holmes’s test of ‘clear and present danger’.  The harm-offence equivalence has to be a ‘spark in a powder keg’ to impose limitations on the freedom of speech and expression. In the landmark Shreya Singhal v. Union of India case, the Supreme Court protected online free speech from arbitrary restrictions but, at the same time, distinguished the three forms of speech — namely, discussion, advocacy and incitement. The threshold of incitement was the key constitutional ground for restrictions on free speech. Any other form of unpopular or offensive speech falls under the exceptions in Article 19(2) of the Constitution.

The real deficiency lies in the State’s unwillingness to act against the transgression. The lack of political will and the abuse of law for political ends have undermined the enforcement of the law. Jurisprudence on hate speech reiterates the duty of the State to uphold the exercise of the right to free speech and to suppress violence intended to strangle it. An objective circumspection on ‘hate-effect’ and ‘hate-potential’ is the way forward. Freedom of speech and expression must be safeguarded not just as an individual right but as an essential attribute of democratic citizenship.