If minister Raosaheb Danve is to be believed, the BJP has potent weapons to fight pollutants that would stain New India 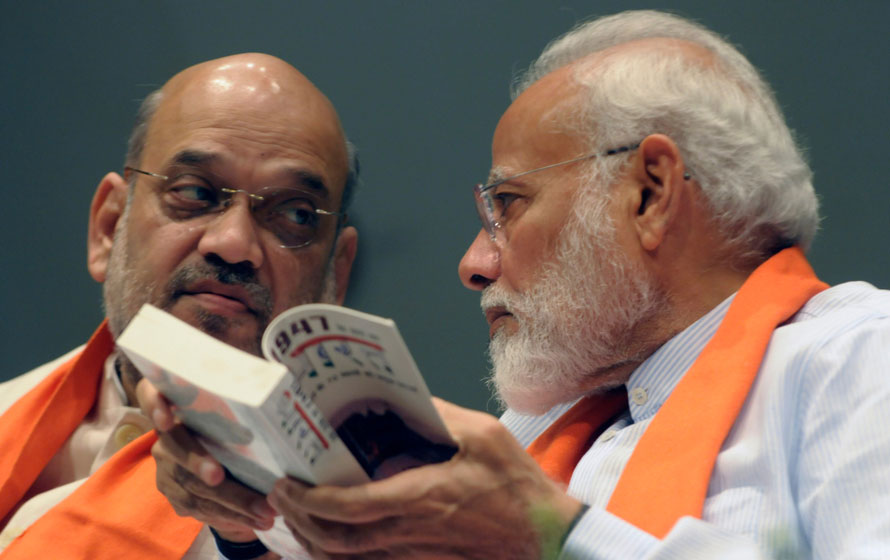 It would, perhaps, not be unreasonable to infer that the ‘Gujarat powder’ Raosaheb Danve spoke of owes its magical properties to the prime minister, Narendra Modi, and the BJP chief, Amit Shah, both of whom hail from the western Indian state.
(Shutterstock)
The Editorial Board   |     |   Published 02.09.19, 06:43 PM

Nobody likes stains, least of all the Bharatiya Janata Party. Perhaps that is why metaphors related to ‘cleanliness’ tend to make their way so often into statements made by its leaders. And why should they not? If the Union minister of state, Raosaheb Danve, is to be believed, then the BJP has some particularly potent weapons in its armoury to fight pollutants that would threaten the spotlessness of New India. These are a ‘washing machine’ and a ‘special detergent powder’ from Gujarat, the magical powers of which cleanse leaders of Opposition parties before they are inducted into the BJP. It would, perhaps, not be unreasonable to infer that the ‘Gujarat powder’ he spoke of owes its magical properties to the prime minister, Narendra Modi, and the BJP chief, Amit Shah, both of whom hail from the western Indian state. While the nobility of the saffron party’s intentions ahead of the Maharashtra assembly elections — for which more than a dozen leaders from the Congress and the Nationalist Congress Party have joined the BJP — is awe-inspiring, it must be asked whether the detergent powder conveniently loses its potency in some cases. In West Bengal, for example, two prominent leaders from the Trinamul Congress were allowed to join the BJP even though the shadow of corruption — with regard to their alleged involvement in various financial scandals — hangs over them. What happens to the principle of cleansing in such cases? Are the Gujarat detergent’s qualities also vulnerable to resistances?

Given that statements from the ruling party and its members are rarely gold mines of nuance, it would be easy to miss the other, ominous implication of the comment on cleansing. It must, however, be heeded, for it comes at a time when there is a steady erasure of history, diversity, religious freedom, democratic processes and spaces for dissent — by foul or fair means — in the country. Thus, the idea of ‘cleanliness’ or ‘swachhta’ takes on a sinister edge. In a nation riddled with problematic dynamics pertaining to pollution and purity, it contributes directly to the building of a society in which the norms are determined according to a distinctly majoritarian agenda.