The American story has atrophied 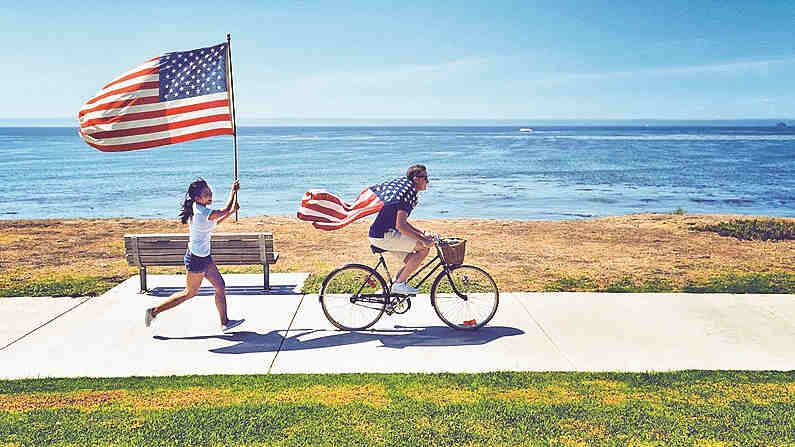 Great nations thrive by constantly refreshing two great reservoirs of knowledge. The first contains the knowledge from the stories we tell about ourselves. This is the knowledge of who we are as a people, how we got here, what long conflicts bind us together, what we find admirable and dishonourable, what kind of world we hope to build together. This kind of knowledge isn’t merely factual knowledge. It is a moral framework from which to see the world. Homer taught the ancient Greeks how to perceive their reality. Exodus teaches the Jews how to interpret their struggles and their journey.

For America, the dominant story has been filled with resonant characters — Irving Berlin and Woody Guthrie, Aaron Burr and Cesar Chavez, Sojourner Truth and Robert Gould Shaw. This national experience invited Americans to share Walt Whitman’s passion to contain the whole vast carnival of stories, to see themselves in its themes, and to feel themselves within this story. This emotional and moral knowledge should give us a sense of identity, a sense of ideals to live up to and an appreciation of the values that matter most to us — equality or prosperity or freedom. Finally, these are shared stories; this shared knowledge should help us discover a shared destiny and our shared affection for one another.

The second reservoir of knowledge is propositional knowledge. This is the kind of knowledge we acquire through reason, logical proof and tight analysis. Some of this knowledge is empirical knowledge that can be established by using evidence carefully. No, the 2020 election was not stolen. Some of this knowledge is contained in powerful ideas that can be debated: “The history of all hitherto existing society is the history of class struggles.” As Jonathan Rauch brilliantly writes in his book, The Constitution of Knowledge, the acquisition of this kind of knowledge is also a collective process. It’s not just a group of people commenting on each other’s internet posts. It’s a network of institutions — universities, courts, publishers, professional societies, media outlets — that have set up an interlocking set of procedures to hunt for error, weigh evidence and determine which propositions pass muster.

These are the same principles as those of the scientific method. An individual may be dumb, Rauch notes, but the whole network is brilliant, so long as everybody in it adheres to certain rules: no one gets the final say (every proposition might be wrong); no claim to personal authority (who you are doesn’t determine the truth of what you say, the evidence does); no retreat to safety (you can’t ban an idea just because it makes you feel unsafe).

Today many of us feel that America is suffering an epistemic crisis. We don’t see the same reality. People say that they often assume the problem is intellectual. Our system of producing propositional knowledge is breaking down. Why can’t those people fact-check themselves? But Donald Trump doesn’t get away with lies because his followers flunked Epistemology 101. He gets away with his lies because he tells stories of dispossession that feel true to many of them. Some students at elite schools aren’t censorious and intolerant because they lack analytic skills. They feel entrapped by moral order that feels unsafe and unjust.

The collapse of trust, the rise of animosity — these are emotional, not intellectual problems. The real problem is in our system of producing shared stories. If a country can’t tell narratives in which everybody finds an honourable place, then righteous rage will drive people toward tribal narratives that tear it apart. Part of the blame goes to conservatives who try to whitewash history. Part goes to progressives who tell such a negative version of history that it destroys patriotism. But the core problem is our failure to understand what education is.

“Reason is, and ought only to be the slave of the passions,” David Hume wrote. Once you realize that people are primarily desiring creatures, not rational creatures, you realize that one of the great projects of schooling and culture is to educate the passions. It is to help people learn to feel the proper kind of outrage at injustice, the proper form of reverence before sacrifice, the proper swelling of civic pride, the proper affection for our fellows. This knowledge is conveyed not through facts but through emotional experiences — stories.

Over the past decades, we cut education in half. We focused on reason and critical thinking skills — the core of the second reservoir of knowledge. The ability to tell complex stories about ourselves has atrophied. This is the ability to tell stories in which opposing characters can each possess pieces of the truth, stories in which all characters are embedded in time, at one point in their process of growth, stories rooted in the complexity of real life and not the dogma of ideological abstraction. Now as we watch state legislatures trying to enforce what history gets taught and not taught, as we watch partisans introduce ideological curriculums, we see how debauched and brutalized our historical storytelling skills have become.

It is unfashionable to say so, but America has the greatest story to tell about itself, if we have the maturity to tell it honestly. The Fourth of July weekend was a decent time to start.