But can we really blame the Nobel Committee for being a reflection of our times? 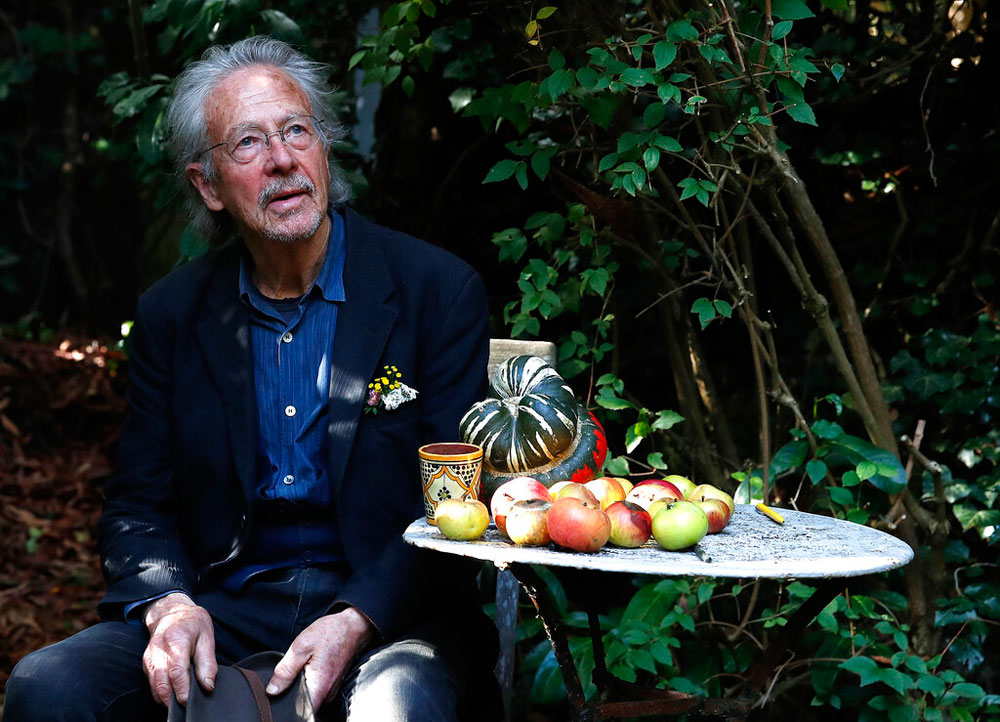 Peter Handke, a German, has not only endorsed the cause of the Serbian war criminal, Slobodan Miloševic, but had also attended his trial at The Hague and, later, his funeral
(AP photo)
Chirantan Chatterjee   |     |   Published 24.10.19, 08:10 PM

The world is going through a morality conundrum. This year’s Nobel Prizes reflect this as well. Consider the 2018 literature prize for Olga Tokarczuk and the 2019 one for Peter Handke. Tokarczuk’s honour was a matter of pride for the nationalists of Poland; yet her consistent anti-Establishment writings are disconcerting for Warsaw’s demagogues.

Meanwhile, Handke, a German, has not only endorsed the cause of the Serbian war criminal, Slobodan Miloševic, but had also attended his trial at The Hague and, later, his funeral. ‘Mothers of Srebrenica’, a group comprising relatives of those massacred in 1995, demanded that the prize be revoked in protest. Salman Rushdie and Jennifer Egan of PEN America also expressed dismay. Was this unexpected? Not really. There were warning signs when some compared Handke winning the International Ibsen Award in 2014 to Joseph Goebbels winning the Immanuel Kant Prize, but the Nobel Committee went ahead with its choice.

John B. Goodenough, the 97-year-old chemistry prize co-winner, added more ammunition to the morality conundrum. In an interview, he had said, “But as I say, our inventions are morally neutral. It depends upon how we use them.” Goodenough would know. From their uses in medical devices, solar power storage, portable power packs, mobility devices or electric vehicles, the welfare enhancing possibilities of lithium-ion batteries are well demonstrated. Yet, the mining of rare metals like lithium and cobalt has led to allegation of child labour in Congo, reigniting the moral question. Tesla, Apple, GM, Samsung and BMW are involved in this supply chain. In 2016, Amnesty International had named more than two dozen electronics and automotive firms that had failed to rid their supply chains of child labour in these types of mines. Lithium-ion batteries exemplify the Latin conception of aurea mediocritas, or the golden mean, the ethical goal of reaching a virtuous middle ground between two sinful extremes, and, like the chemistry prize, are indicative of a trade-off.

But we are not done yet, since the economics Nobel has gone to Abhijit V. Banerjee, Esther Duflo and Michael Kremer.The intended vision of this prize is laudable: it brings back randomized control trials-based development economics and poverty studies at the centre of a bottoms-up, evidence-based policy-making. But it must be noted that Nobel laureates like Angus Deaton, an economist, and others have debated the use of RCT methods because of their concern for ethics, scale and external validity. One example from India comes to mind.

In 2016, Banerjee and his co-authors published the findings of an RCT with informal healthcare providers in West Bengal in Science. They noted that “[t]raining informal providers increased correct case management rates but did not reduce the use of unnecessary medicines or antibiotics.” They also found that training did not lead to informal providers violating rules with greater frequency or worsen their clinical practice, and concluded that multi-topic medical training may offer an effective short-term strategy to improve healthcare provisioning, complementing critical investments in the quality of public care.

While this is a neat causal finding for countries with inadequate formally trained doctors and nurses, the study raises questions on the ethics of the intervention, its external validity, and the operationalization at scale. If taken as a normative policy prescription, would it, for instance, crowd out structural interventions like the expertise of trained doctors or would it complement them? History suggests that this may be dangerous, especially for settings like India with its informal care providers. Additionally, informal providers can also be messengers of State-programmes — in China, for example, the one-child policy was propagated by barefoot doctors.

The 2019 Nobel Prizes send out mixed messages. In awarding the peace prize to the Ethiopian prime minister, Abiy Ahmed, there may have been a nudge to warring neighbours around the world to look for peace. That said, Ahmed has also been criticized by neighbouring Eritreans for settling issues with a dictator instead of Eritrea’s common people. In peace, the award seems to have gone for a job half done.

There is also a temporal quandary. In economics, the Nobel went to practitioners who have only lived out their science for two decades. However, in chemistry, Goodenough had to wait for almost four decades for his work to be recognized.

Can we really blame the Nobel Committee for being a reflection of our times?