Telling tales: Modi and his storytelling

A good story, a celebrated modern writer believes, has the ability to blur the lines between truth and all that lies beyond it 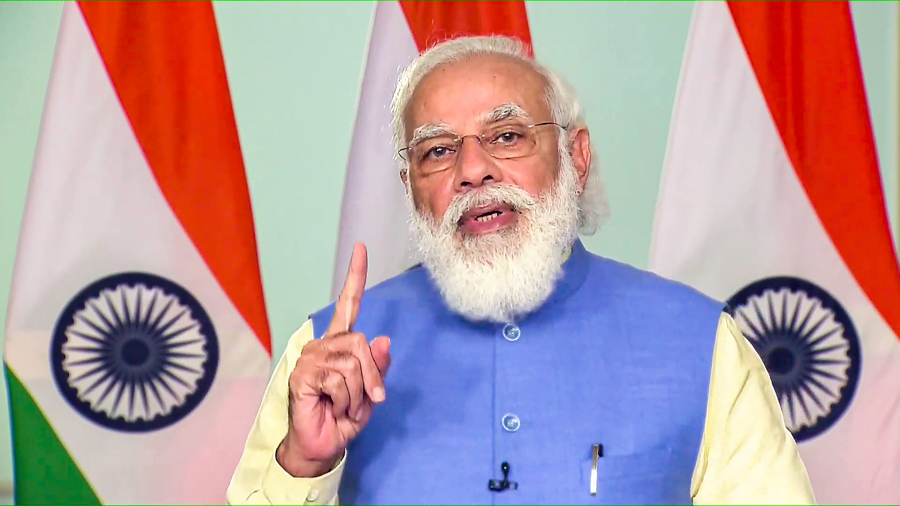 There was a time, in the not-too-distant past, when Indian children would refuse to doze off to the land of sleep unless adults — mothers, grandmothers or even the domestic help — told them a story or two. Their demand was anything but juvenile. It was consistent with a culture that had endorsed, and nursed with care, a grand tradition of storytelling. Indeed, the story of India cannot be told without referring to the greatest stories that have been passed down, from one generation to another, orally, scrawled on palm leaves or, with the evolution of technology, scribbled on paper. Some of the most venerated texts — the epics are an example — are seemingly a ceaseless and wondrous source of timeless stories. The prime minister must, therefore, be complimented for referring to India’s unmatched ability to tell stories. But Narendra Modi is a worried man: he believes that the country is losing its grip on this precious art.

Is it possible that Mr Modi is deluded? This is not being stated in jest. For the prime minister, even his rivals would concede, is one of the most gifted storytellers that the political firmament has produced. Some of the stories chronicled by Mr Modi — be it in Parliament, in the course of his rousing, fiery public speeches, or in his radio address that, apparently, comes straight from his heart — have assumed mythical dimensions. These days, Mr Modi tells a rather tall tale of three pieces of agricultural legislations delivering liberation to farmers. This was preceded by another yarn — this time on the floor of an august House — about not an inch of a mountainous land being lost to an aggressor. Mr Modi is skilled not only in narration but also in writing. In a letter to the nation that coincided with the first anniversary of his return to power, the prime minister promised that India, crippled by a pandemic, would set an example of economic revival to the world. This tale, Mr Modi’s legion of admirers would nod in agreement, should rank with the other, equally memorable, parable that had claimed that demonetization would purge the nation of black money.

A good story, a celebrated modern writer believes, has the ability to blur the lines between truth and all that lies beyond it. But this merging of borders cannot take place without a verdant imagination. Mr Modi is certainly blessed with imagination. In fact, it can be said that he is a bit too imaginative. Excess, the wise ones had prophesied, may not turn out to be a blessing. That could be the reason why Mr Modi’s stories, in recent times, are having an unintended effect. Instead of gently guiding his listeners to repose, they seem to be jolting them into a state of bitter wakefulness. Now that cannot augur well for the prime minister and his party.