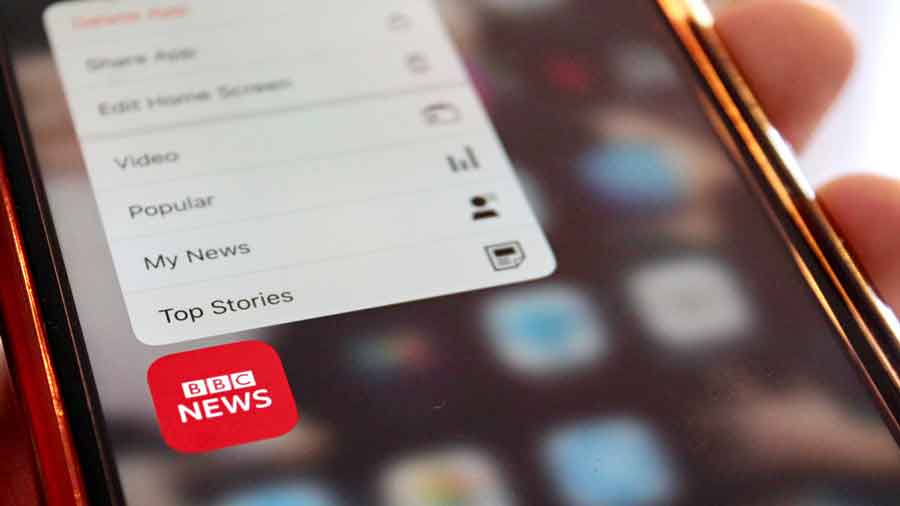 The prospect of Gautam Adani acquiring a controlling interest in NDTV has excited comment. NDTV in both its Hindi and English avatars takes an editorial position that is often at odds with the narratives sponsored by India’s ruling party, the BJP. Ravish Kumar, its principal anchor, is trenchantly adversarial in a way that is seldom seen on most other news channels. The NDTV website, which drives enormous amounts of traffic, likewise makes room for news and opinion that seek to challenge the Narendra Modi government and tries to hold it to account. (Disclosure: I occasionally write for ndtv.com)

Adani is widely seen as the prime minister’s preferred oligarch. There’s no doubt at all that a newsgroup controlled by him would hew to the BJP line, so the concern about NDTV’s future is justified. Regardless of political preference or one’s opinion of how the business affairs of NDTV have been managed, no democratic system can long survive a news culture populated exclusively by blowhard toadies. Also, in an environment where print journalism’s influence over public opinion has declined sharply, the nobbling of an adversarial 24x7 news channel that attempted to report the news instead of being an echo chamber for government propaganda is reason enough to worry.

The scale of India’s media problem is best estimated by comparing its media environment with those of other countries. Media critics in Britain speak of the way in which the right-wing press sets the political agenda. Tony Blair famously led Labour to victory in 1997 after he wooed and won Rupert Murdoch over to his side. Murdoch instructed The Sun’s editor to emblazon its cover page with “The Sun Backs Blair” and Murdoch’s blessing was widely seen as the key to Blair’s historic win after eighteen years of Tory rule.

It’s undeniable that the print media in Britain is broadly conservative.Whether it’s the mass circulation red tops like The Sun, the Daily Mail, the Daily Express or ‘quality’ papers like The Daily Telegraph or The Times, their opinion pages and news coverage skew rightwards. The Financial Times can be reasonably said to occupy the political centre while the one centre-left paper of any standing, The Guardian, constantly haemorrhages money. Were it not for subsidies from the Scott Trust Limited, it would be unviable. Its business model, such as it is, depends on online traffic, voluntary subscriptions(it doesn’t run a paywall) and donations. It’s tempting for a desi to see in the travails of The Guardian an echo of NDTV’s predicament, but the temptation should be resisted for several reasons.

For one, The Guardian is in no danger of a hostile takeover by a businessman acting as a Tory proxy. But more importantly, there is no medium-term prospect of the right-wing press or a right-wing government marginalising liberal or oppositional voices because the largest player by far in Britain’s media game is its public service broadcaster, the BBC. It is the dominant radio and television presence in the country, and its website,bbc.com, is the most trafficked website in the world, well ahead of the sites of its nearest competitors MSN, CNN and The New York Times.

The BBC’s commitment to ‘balance’and diversity of views can sometimes make its news coverage ponderous but its statutory autonomy and financial independence (based on the mandatory license fee) allow it to create a broad middle ground, an inclusive public sphere that just doesn’t exist in India. Progressive critics accuse the BBC of using its credibility to manufacture consent for the British State while conservatives routinely accuse it of a liberal bias. Pundits in right-wing newspapers like The Daily Telegraph constantly campaign for the abolition of the license fee, arguing that it is a competition destroying anachronism in a world where OTT platforms sell content via subscription.

From a desi perspective, the position that a public service broadcaster is redundant in this brave new digital world is a prime example of first-world provincialism. To watch Hindi and English news channels stage rigged ‘debates’ that are meant to endorse and amplify every position of the government and every majoritarian fever dream of the sangh parivar and its feral outriders is to know that the BBC’s studied centrism and its commitment to temperate debate are valuable in their own right.

One way of replicating that in India would have been to convert the country’s State broadcasters, All India Radio and Doordarshan, into a BBC-like corporation. There was a half-hearted bid to do this in 1997 through the Prasar Bharati Act but that came to nothing for two reasons. One, all Indian governments regardless of party liked the idea of a tame broadcaster too much to set AIR and Doordarshan free. Two, after liberalisation,the Central government ceded the broadcasting space to private players, both domestic and foreign, by a kind of ideological default.

Doordarshan and Akashvani were inefficient bureaucratic monopolies but they had vast archives, thousands of trained broadcasting professionals and huge infrastructural resources.Under the umbrella of Prasar Bharati, far from leveraging their resources to create a powerful public service broadcaster that Indians could trust, AIR and Doordarshan essentially rolled over and died.

The vacuum this abdication created was filled by private players that produced round-the-clock news on the cheap — talking-head television. The importance of deregulated television news in discrediting the second UPA government on the charge of corruption, its role in highlighting the many venalities of the Congress in conjunction with Arvind Kejriwal’s anti-corruption campaigns, cannot be exaggerated.

Had this adversarial posture been sustained after the change of government in 2014, the new media landscape created by deregulation and privatisation might have had some claim to robust independence. But the slavishly pro-Modi, pro-BJP narratives spawned by these channels and the transformation of their anchors into conductors who, night after night, orchestrated symphonies of majoritarian incitement under the cover of patriotism put paid to that prospect. India now has a media environment that combines cringing deference to the ruling BJP with toxic hostility towards any form of dissent. With a few honourable exceptions, nearly every major media organisation acts like an adopted member of the sangh parivar.

The task of news gathering, of holding the State to account, has gone by default to relatively small online news portals like Scroll, small magazines like The Caravan, heroic social media warriors like Mohammed Zubair and newspapers like The Telegraph and the Deccan Herald with readerships outside the Hindi heartland. The commitment and the resilience of these individuals and organisations are remarkable and without these oases India’s news landscape would be a desert, but they aren’t a substitute for the institutional weight that a pan-Indian news organisation might offer its reporters and editors if it had the resolve.

To work for the BBC is to be empowered by the resources and mission of a behemoth. On a much smaller scale, to work for a news organisation like NDTV that has both a pan-Indian audience and a foothold in India’s Hindi heartland is to be sustained by an institution capable of amplifying reportage and dissent at a national level. It is the prospect of losing that institutional heft and sense of purpose that makes the reported acquisition of NDTV a cause for anxiety and concern.